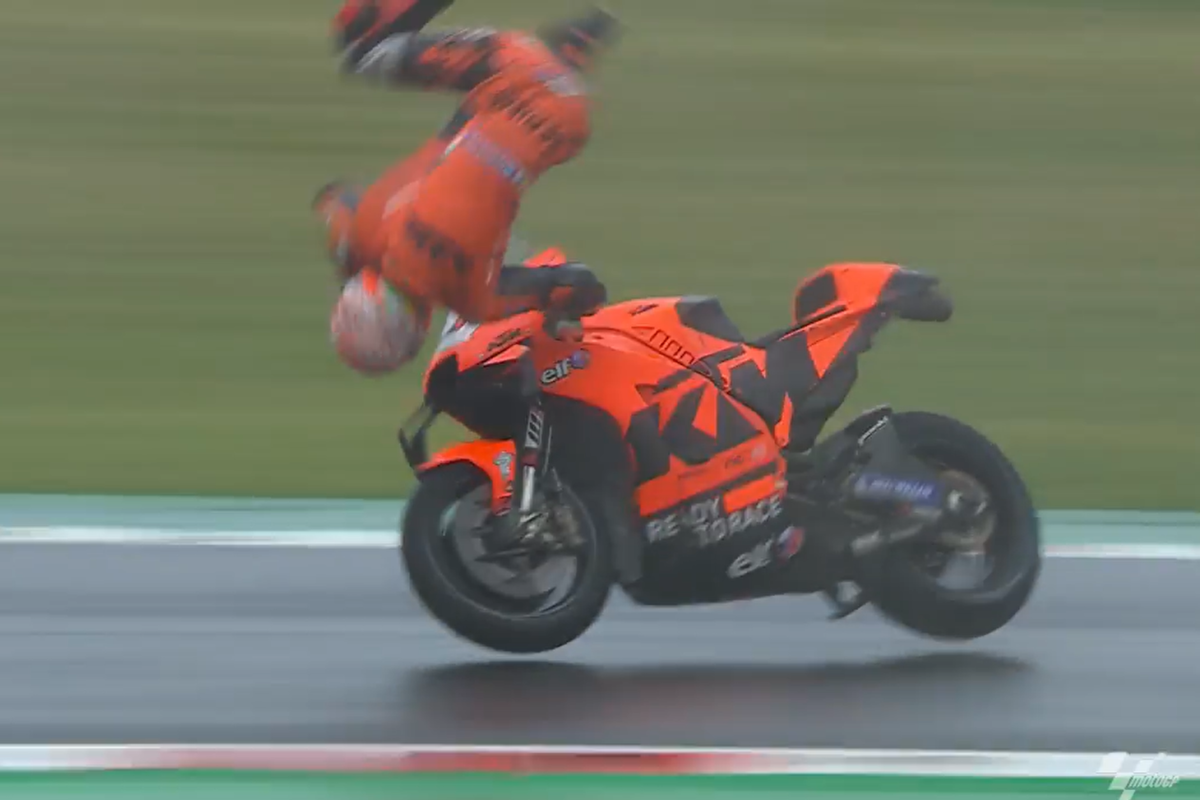 Tech3 KTM’s Iker Lecuona escaped without broken bones after going over his handlebars in a wet MotoGP practice session at Misano.

Lecuona highsided at Turn 1 in Free Practice 2 for the San Marino Grand Prix, landing on his right leg and backside.

Despite appearing extremely sore as he hobbled away from the scene, the Spaniard was relatively unscathed.

“I have a massive highside. It’s a long time I don’t crash like this.

“In the FP2, I feel very difficult with the rear. I feel quite strange on the bike, so I don’t feel a lot of grip and [it was] difficult to stop, to apply the angle, and I don’t expect the crash.

“It’s true, I saw a little bit [of] the data and I put a bit more banking [lean angle], like the lap before, but I think it’s a standard banking for me because I always say, ‘Go fast in wet conditions.’

“I tried to save, I cannot save. Finally, I have luck because I don’t have nothing broken, it’s just when I hit the floor, so we’ll see tomorrow.”

Lecuona’s crash came immediately after he had risen to fifth-fastest with just over 10 minutes remaining in the session, and he is hoping for more rain over the balance of the weekend. 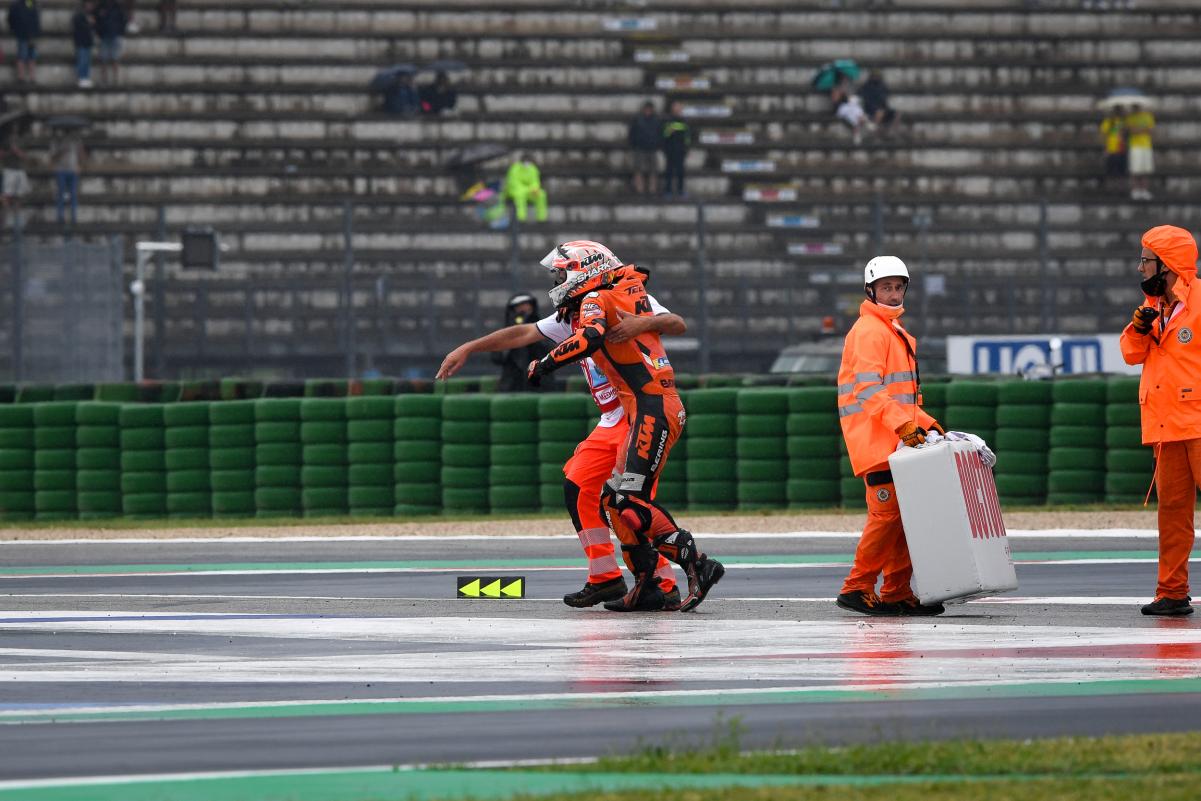 Lecuona is assisted from the scene. Picture: MotoGP.com

“It’s during the morning I struggle a bit more in dry,” he noted, having been 17th-fastest in an opening session which was dry for the first half-hour.

“I think all the KTMs struggle there, but in wet conditions, the level for every factory is more similar, so is more easy to stay in front.

“I feel good, I put the medium front [wet Michelin], and I improve also the pace just in the first lap.

“Before the crash, I feel good. Honestly, always in wet conditions I feel strong.

“I think maybe this weekend, the race is in wet conditions or flag to flag, we don’t know, because the weather change a lot, but for sure if it’s in wet or mixed conditions, we are ready to fight.”

Lecuona ended up ninth in FP2, in which Red Bull KTM’s Miguel Oliveira ultimately led the way for the Austrian manufacturer in sixth, while Danilo Petrucci was eighth on the other Tech3 entry.

Maverick Viñales set the Friday pace in just his second round on an Aprilia, at a circuit where he rode the RS-GP for the first time at the turn of the month.