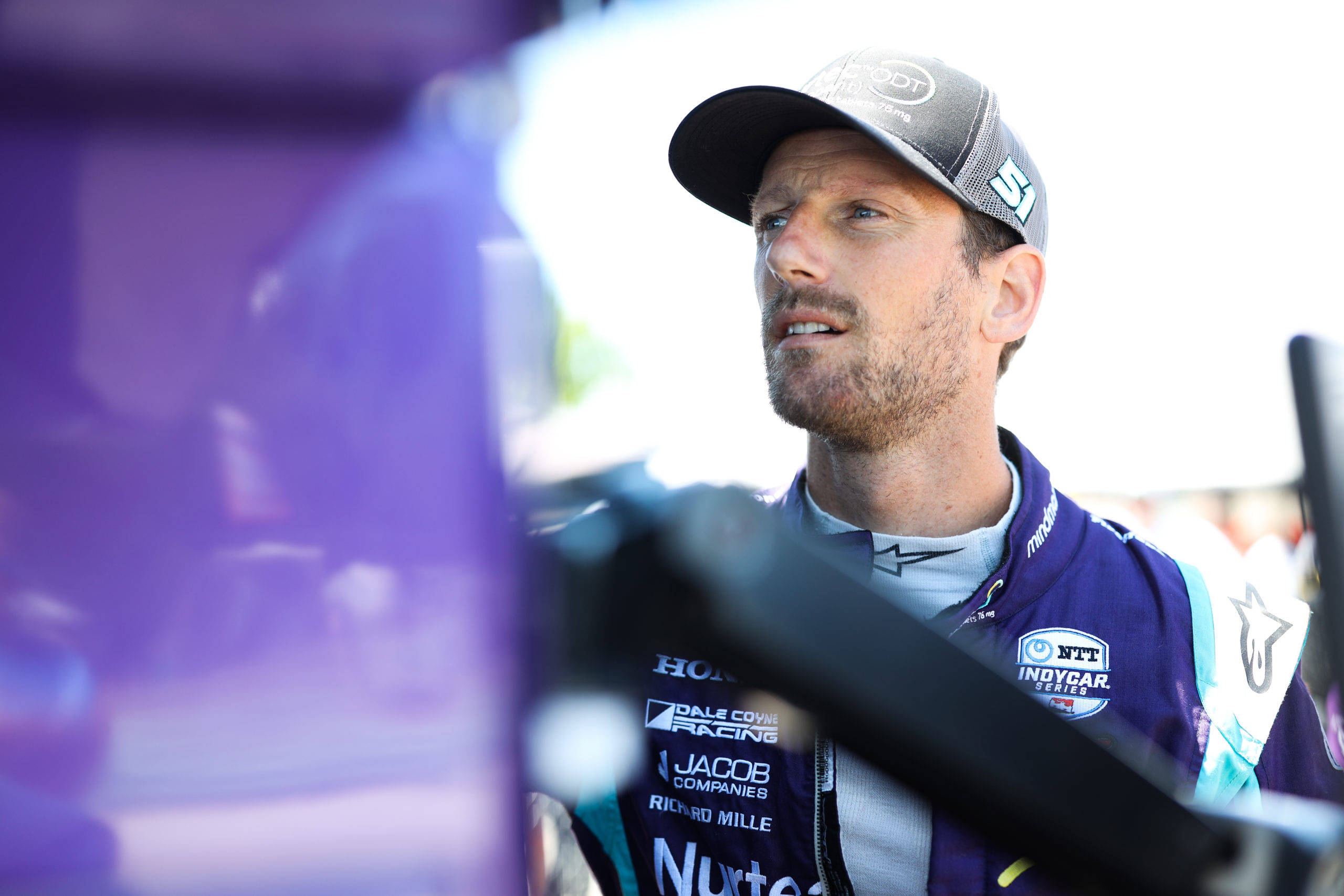 Romain Grosjean has reportedly escaped injury after crashing a Honda Civic Type R while filming a promotional segment for IndyCar.

Reports out of the United States indicate Grosjean was piloting the category’s Pace Car at Laguna Seca when he crashed at pit entry due to a suspected brake issue.

Grosjean was driving the car with Dale Coyne Racing team-mate Ed Jones alongside him when the crash occurred.

Both drivers were reportedly unhurt.

Images posted to social media showed a frontal impact to the car and a damaged windscreen on the passenger’s side.

Reports indicate at least one airbag was deployed. The drivers were restrained by race harnesses.

“There was minor shunt at pit in at the end of a filming session,” a Honda spokesperson said in a statement provided to American publication Road & Track.

The spokesperson added Grosjean “reported a possible brake issue in the car, but thankfully both drivers are fine. That’s the most important thing.”

Prior to the incident, Grosjean posted to his Instagram story that he was about to drive the car.

“Today we’re going to do a bit of a lap with the Pace Car, look who is my passenger, Edward [Ed] Jones,” he said.

Jones replied, “Do you even know how to drive manual?”

This weekend the IndyCar Series hosts its penultimate round at Laguna Seca.

Grosjean lies 15th in the drivers’ standings and second in the Rookie of the Year battle to Scott McLaughlin who holds 13th for Team Penske.

The Grand Prix of Monterey takes place on Monday at 05:00 (AEST).