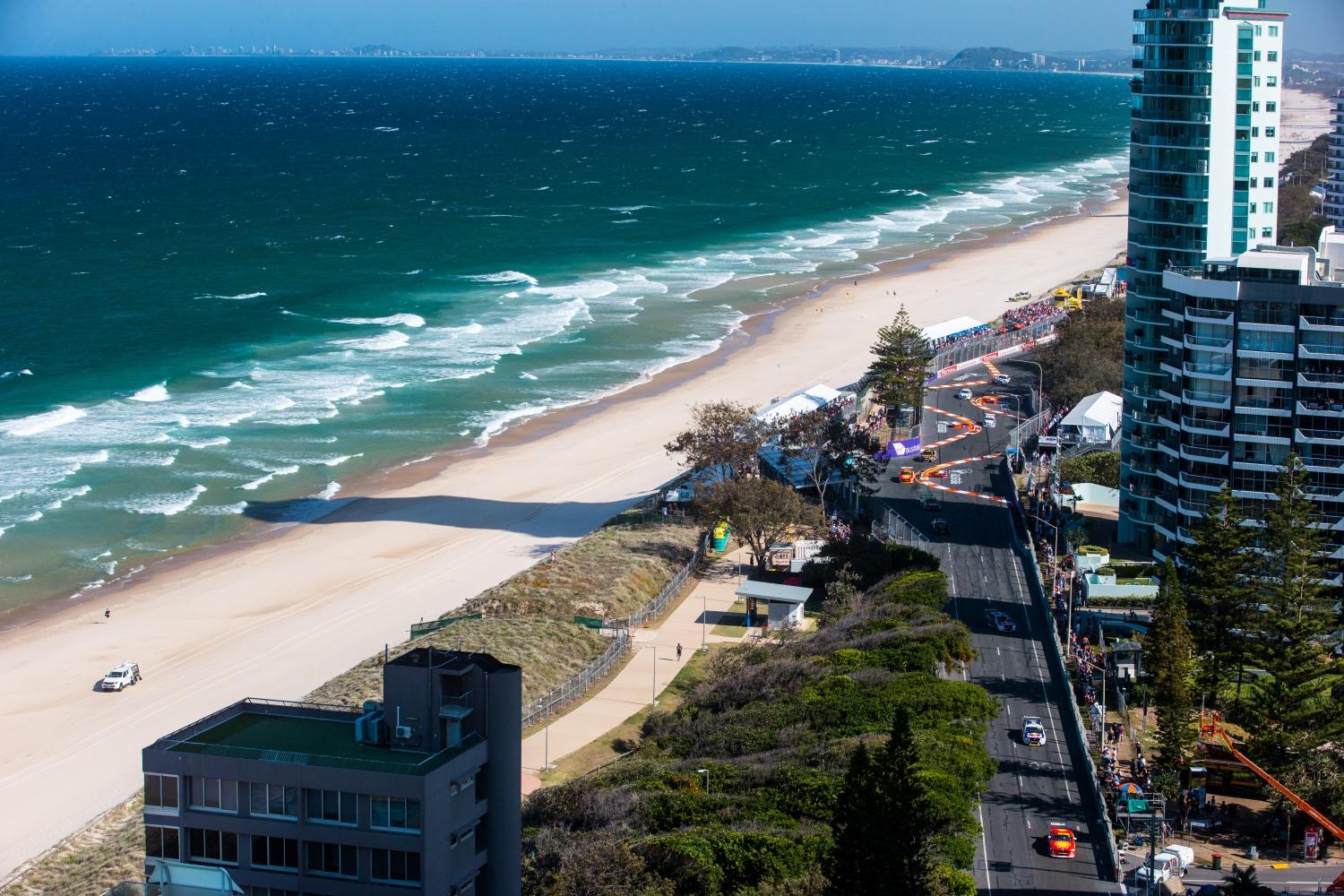 Supercars last raced at the Gold Coast in 2019

For the second straight year, the Gold Coast round has been a casualty of COVID-19 and associated travel restrictions.

Surfers Paradise is home to one of the world’s longest running annual street circuit events (excluding COVID-19 interruptions), dating back to 1991 when CART/IndyCar first visited the city.

Street circuits have tended to be more vulnerable in the pandemic era due to their need for government funding/return on investment, and a lack of flexibility versus permanent tracks.

Courtney though hopes to see the event back with a vengeance in 2022.

“It’s hugely disappointing that we don’t get to go this year but understandable with the situation that we’re in, in Australia at the moment,” the Tickford Racing driver told Speedcafe.com.

“But I think it will be bigger and better than ever when we get back here, considering pretty much all of Australia has been pretty starved of events to be able to go attend whether it be motorsport or any type of sport.

“So I think once borders open and we can all travel and attend these events again, it’s going to be amazing.

“It’s known as the biggest party event for us, it’s a huge event on the Coast here and it draws not only a lot of race fans but a lot of fans that are here to come and enjoy the festivities over that weekend.

“It does so well for crowd numbers and just atmosphere, it’s one of those events where we go to and the whole town is involved.

“Even if you don’t have a great day on the track, it’s a fantastic event.

“The build-up is massive; we’re living here while they’re building the circuit and then the hype of that week is great.

“It’s something that I think we’ve missed massively out of our calendar and personally I can’t wait to get back here.”

“All the teams love the Gold Coast, it’s fantastic for the fans, everyone in Supercars wants a Gold Coast 500 on the calendar when it’s possible and I’m sure we’ll pushing hard to make it happen next year,” he told Speedcafe.com.

Whincup noted there was a tinge of sadness he won’t be able to conclude his full-time driving career on the Gold Coast as it had seemed would be the case.

“For me, there’s a bit of disappointment that I won’t be finishing my full-time career at the Gold Coast 500,” he said.

“It was quite fitting, to be honest, to finish at what is my home race at the end of a long career.

“Gold Coast in December would have been fantastic but the situation is I’ve ended up with the second best, which is a mega long week at Bathurst to finish my career.

“But the Gold Coast race is so unique, I was only there on the weekend and I drove around the long circuit.

“The history of that place, to have IndyCars there for years racing around the streets of the Gold Coast, which is basically Australia’s Las Vegas in a way, it’s iconic. It’s a huge coup for the championship to race on the Gold Coast.

“Disappointing it can’t happen this year because of the way the world is at the moment, but 100 percent we’ve got to push really hard to make it bigger and better next year.”

The 2021 Repco Supercars Championship finale will instead take place at Mount Panorama as part of a historic six-day festival from November 30 to December 5.