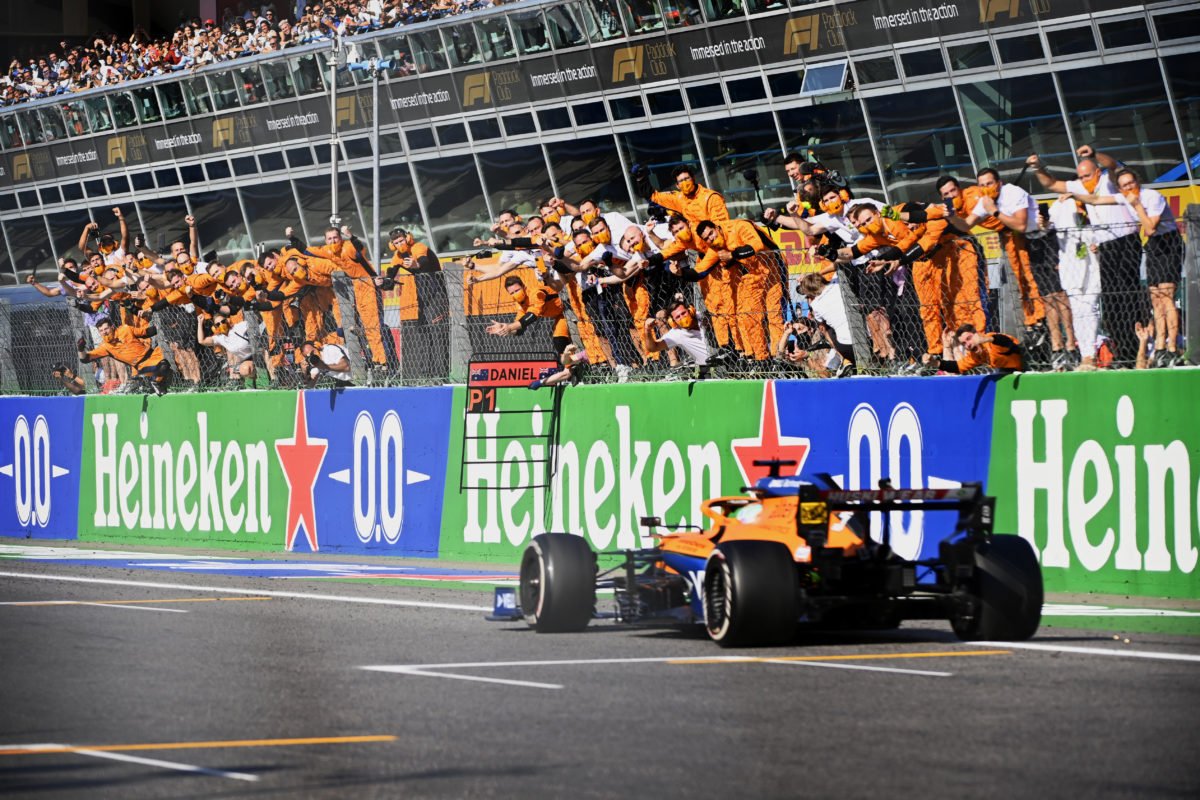 Daniel Ricciardo has not yet maximised his or the car’s potential despite claiming victory in the Formula 1 Italian Grand Prix last weekend.

In Monza, Ricciardo ended a winless streak that stretched back to the 2018 Monaco Grand Prix.

McLaren’s drought was event longer, dating back to Jenson Button’s win at the 2012 Brazilian Grand Prix.

The result easily stands out as the highpoint of Ricciardo’s season to date, and seemingly closes a difficult chapter of his career.

During the opening half of the season, the Australian struggled to adapt to the style needed by the McLaren MCL35M.

While broadly competitive, his usually razor-sharp racing was dulled slightly as a consequence, and he found himself in the shadow of team-mate Lando Norris.

Both Ricciardo and McLaren more broadly asked for patience to allow for adaptation, which began to show teasing signs of improvement as F1 built up towards its summer break.

Since then, the 32-year-old has been rejuvenated and re-energised, underscored by his performance in Italy.

Even allowing for that, however, he claims he’s still not at his peak.

“Closer, definitely closer,” he said when asked if he’s now on top of the MCL35M.

“I think there is still more to come.

“I don’t know if you’ll ever find everything, but that’s just the way the sport is as well; the sport always evolves and changes, and you’re trying to keep up with it.

“But just inside myself, I’ve felt better since the second half of the season and that doesn’t always need to translate into lap times.

“It’s just me throwing the car around feeling a bit more comfortable with it, that stuff that I know.

“I don’t think all of it has translated yet into the stopwatch but there’s certainly a bit more comfort and confidence that’s coming through for myself.

“I just look to keep building on that.

“We will get tracks that suit us, some that don’t, but I’d like to think that the second half of the season there’ll be some more consistency and hopefully more of these types of results.”

Success in Monza made Ricciardo the fifth different winner of the season behind Lewis Hamilton, Max Verstappen, Sergio Perez, and Esteban Ocon.

The Australian now sits eighth in the drivers’ championship with 83 points after 14 events.

Sochi hosts Round 15 of the season, the Russian Grand Prix run over the September 24-26 weekend.