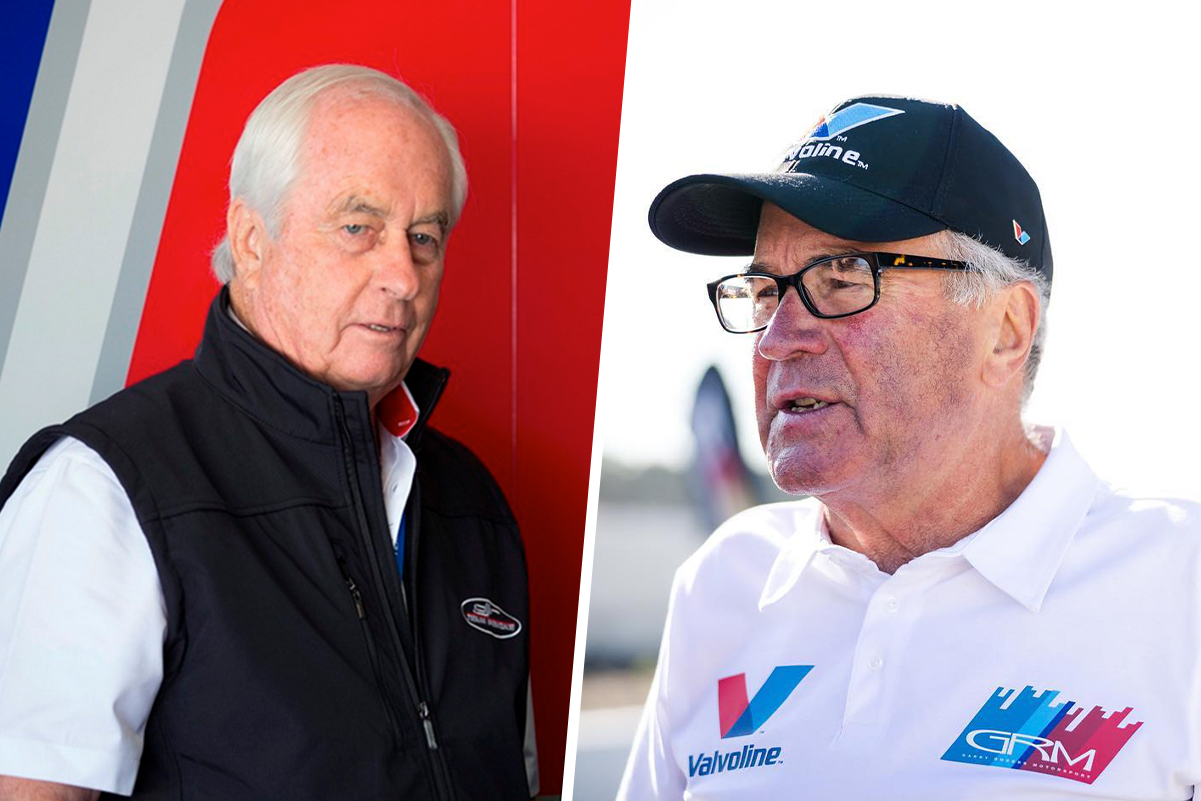 Scott McLaughlin has opened up on the contrasting influences Garry Rogers and Roger Penske have had on his career.

McLaughlin made his solo Supercars Championship debut for Garry Rogers Motorsport in the final race of the 2012 season, and was a multiple race winner the very next year.

By 2017, he’d been picked up by DJR Team Penske with whom he’d dominate the category, claiming three successive championships before heading abroad with Penske’s IndyCar Series outfit.

His rookie campaign this year has been positive, highlighted by a podium finish in his maiden oval race, at Texas Motor Speedway.

Speaking recently on The Marshall Pruett Podcast, McLaughlin paid credit to the two team bosses of his professional motorsport career to date, who are distinctly different in their modus operandi.

Over the course of his two-decade-plus tenure in Supercars, Rogers built a reputation for being quirky and more than willing to don bold costumes; Penske on the other hand is the ultimate clean-cut, professional figure.

“I think I entered Garry Rogers exactly when I needed to,” said McLaughlin.

“I was 18 years old when I first met Garry and signed my first deal and I had a lot of growing up to do, and I was there until I was 21.

“I think he allowed me to be myself, get people to know who I am, sort of come out of my shell because I was pretty shy to be honest.

“But then when you come to Roger, I was 22 years old, I’m an adult, I’m getting older and older and getting more mature and I think I just grew up as a person as well. I don’t think I was ever tied down by Penske.

“Certainly, there is a standard and you know that standard as soon as you walk in the place and anywhere, but I think the two are very… Garry, his demeanour is completely different to Roger but the way that they go about their business and how they operate in terms of just little things here and there, they do have their similarities.

“Garry Rogers is certainly one of the greatest guys I’ve driven for. I haven’t driven for many people but he’s certainly the one that I put a lot of my driving talent and who I am today down to, and Roger just sort of polished me up,” he added.

“It’s been great driving for those two people, that’s for sure.”

McLaughlin revealed he and Rogers remain in close contact to this day, despite being on opposite sides of the world.

“He is one of the main people that text me after every race, he rings me all the time,” said McLaughlin.

“I still keep in contact with him a lot, especially over here, probably more so than what I did when I was racing Supercars after I was with his team.”

McLaughlin will be back behind the wheel of his Team Penske #3 this weekend for the 2021 IndyCar Series’ penultimate round at Laguna Seca.