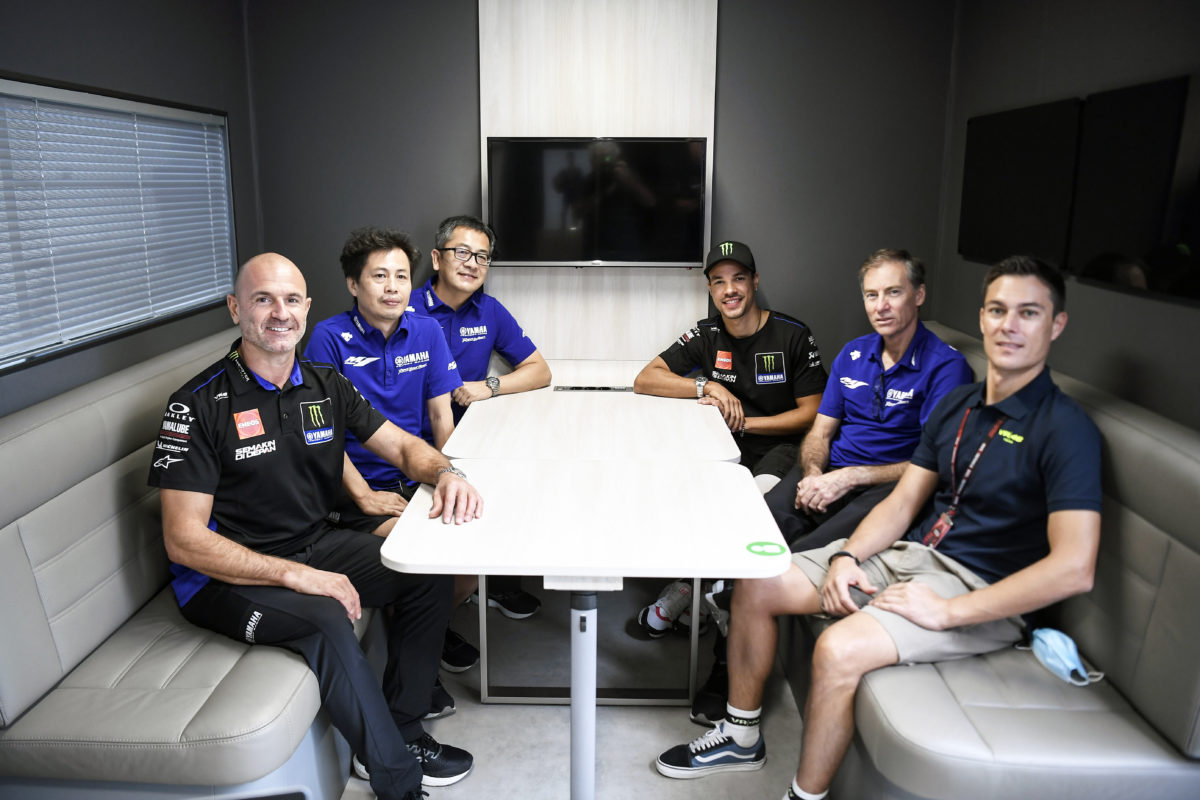 Franco Morbidelli will race for Yamaha’s factory team at least until the end of the 2023 MotoGP season, the manufacturer has announced.

Morbidelli’s move up from SRT has been on the cards for weeks, although the early switch presumably hinged on formalising Andrea Dovizioso’s “verbal agreement” to replace him at Yamaha’s satellite team.

Dovizioso’s deal, which sees him contracted to the factory, has now been made official, as has that between his younger Italian compatriot and the Iwata manufacturer.

Morbidelli will ride for Yamaha Factory Racing’s own MotoGP team for the rest of 2021, beginning with his return from injury this weekend at the San Marino Grand Prix, as well as the following two seasons.

Ultimately replacing Maverick Viñales, he will thus also be making his debut as a rider of latest-specification YZR-M1 machinery.

“First of all, we want to thank Petronas Yamaha SRT for allowing Franky to make his dream come true and letting him step up to the factory team ahead of schedule,” said Yamaha Motor Racing managing director Lin Jarvis.

“Originally, we had planned for Franky to move up from 2022 on, but following a sudden rider line-up change mid-season, we had the chance to let him upgrade early.

“Secondly, I want to give a warm welcome to Franky. He is an exceptional talent.

“This was even further highlighted last year when he secured second place in the championship and achieved five podiums and three wins on the satellite Yamaha.

“It shows the type of rider that he is: committed to extracting the best from the YZR-M1 under all circumstances.

“Naturally, we‘re thrilled that Franky will be back in the paddock and that he is well enough to start racing again.

“He will have to find his form gradually, in line with his physical improvements, as he is still recovering. We will be using the remainder of 2021 to get him settled in the team and comfortable on the bike.

“We have already locked down our plans for 2022 and 2023, with Franky receiving full Factory backing from Yamaha Motor Company.

“We feel certain that a skilled, calm, and experienced rider like Franky will strengthen the Yamaha Factory Racing MotoGP Team and will enjoy great success in the future.”

Morbidelli will reunite with Fabio Quartararo, who is contracted for 2021 and 2022, having been team-mates when they both arrived at SRT at the start of 2019.

“I’m very pleased and happy about facing this weekend and this highly anticipated new chapter with the factory Yamaha team,” he said.

“I’ve been trying to recover as much as possible for the final stage of this championship. I wanted to make my comeback at a track I know well and have great memories of, like Misano.

”I’m looking forward to jumping on the bike and starting my journey with the Monster Energy Yamaha MotoGP Team.

“Of course, I need and I want to thank all the people who made this happen, starting with Ito-san [Hiroshi Ito, general manager – motorsports development], Lin [Jarvis], Maio [Meregalli, factory team director], Sumi-san [Takahiro Sumi, MotoGP project leader], the VR46 Riders Academy, and all other people who made this collaboration possible.”

Viñales, who left Yamaha in dramatic circumstances after apparently trying to blow up an engine, makes his second start with Aprilia this weekend at the Misano World Circuit Marco Simoncelli.