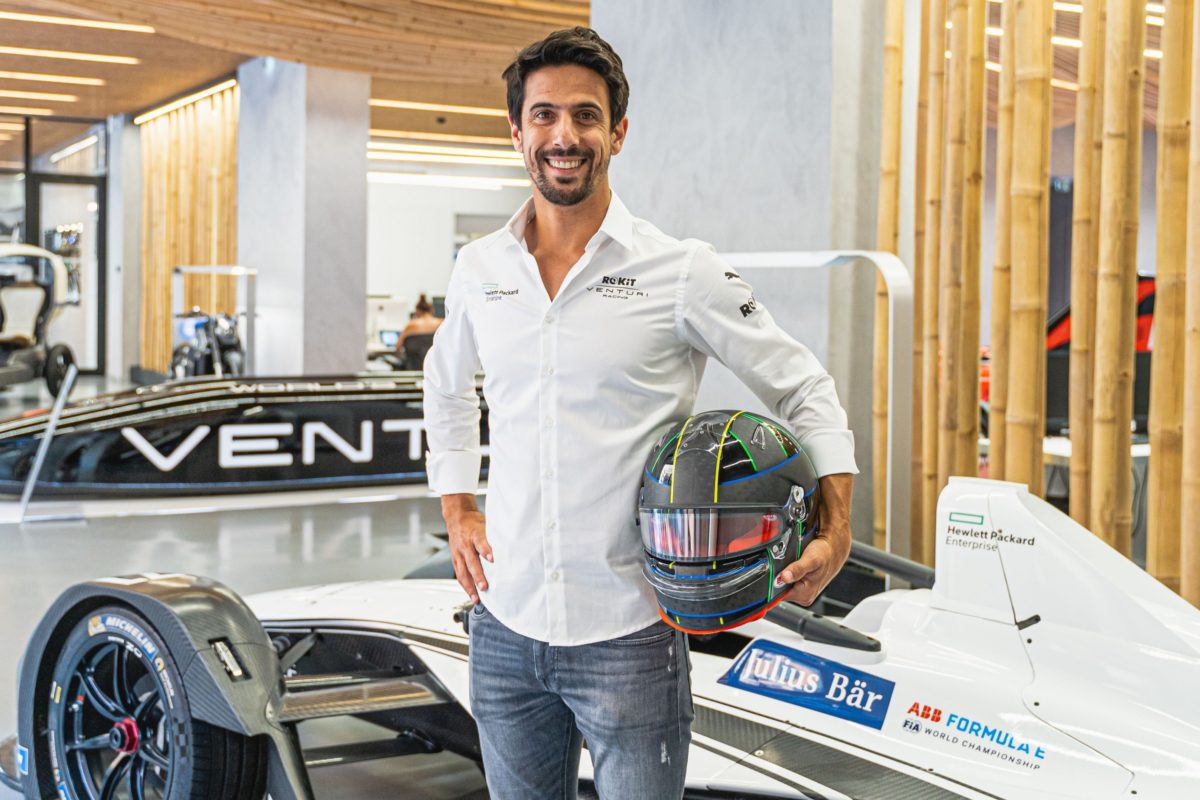 The Brazilian joins 2020/21 runner-up Edoardo Mortara in the Monaco-based team for the eighth season of the all-electric championship, which commences in January 2022.

Di Grassi has raced for Abt since the inception of Formula E in 2014/15, winning the first race in that inaugural season and 12 in total, one shy of the record.

However, Abt has left the championship in conjunction with the exit of its manufacturer partner, Audi.

“Anyone who knows me know how competitive I am – driving for a team that I know can fight at the front and really challenge for the championship is essential for me,” said Di Grassi.

“Rokit Venturi Racing was simply the best choice and I’m really happy to be part of the team. I’ve followed Venturi since Season 1 and I know that they have a strong history in Monaco.

“The team performed very, very well last season. You can see that the team has progressed a lot in recent years, the momentum is really there and they have shown clear improvements in every area.

“Edo had a fantastic season, really strong, he was fighting for the title until the very end and there were many times over the season that I was racing both Venturi cars and I could see how competitive they were.

“It’s not just about the team though, I’m really happy to drive alongside Edo.

“We’ve known each other for a very long time, we [were] part of the Audi programme together, I respect him as a driver, as a human – he’s a very talented driver and a great character, I think we’re going to work really well together.”

Mortara finished seven points behind Nyck de Vries in the recently completed 2020/21 season, that second placing in the standings being his best result in Formula E by far.

Said the Swiss driver, “I’m really happy to be continuing with the team and it’s a pleasure to welcome Lucas to the family.

“We had a very strong season this year, my best so far in Formula E which was also testimony to the hard work of the team around me.

“We’re on good trajectory and we want to maintain that moving forward.

“Competing against Lucas in the past he has always been extremely competitive and he’s very good when it comes to energy management – one of the most critical points to being successful in Formula E.

“The progress we made in Season 7 was great but there is still plenty to do and I’m looking forward to seeing what we can achieve together.”

Team principal Susie Wolff commented, “Last season we demonstrated that we have a strong package, there were many highlights throughout the season starting with a podium and finishing with a win.

“Edo showcased to everyone what we have known all along – that he’s a world championship contender.

“Moving forward to Season 8, Edo is joined by Lucas – a proven Formula E Championship winner who also brings a wealth of experience. They will push each other and drive us forward as a team.

“To have both cars scoring points in every race is essential for us for the team’s championship and with our new driver line-up, there’s a lot to feel optimistic about heading into Season 8.”

Di Grassi’s arrival sees him take the Venturi seat previously filled by Norman Nato, who won the 2020/21 finale but only finished 18th in the championship.

Riyadh hosts a double-header to open what is officially the 2021/22 season on January 28-29 next year.