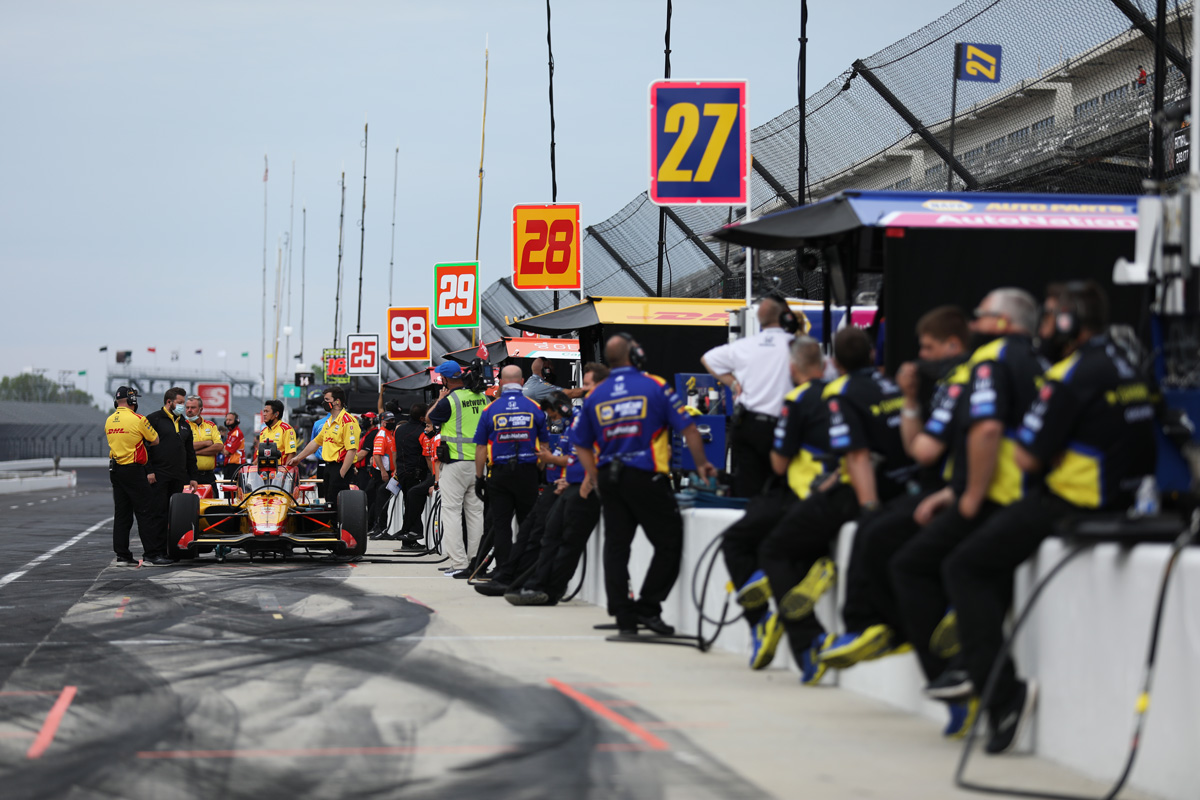 The Andretti Autosport crew at the 2021 Indianapolis 500

Alexander Rossi admits Andretti Autosport has a huge hole to fill when stalwart Ryan Hunter-Reay departs at the end of the season.

The Honda-powered outfit and Hunter-Reay seemingly were mutual in their willingness to split after 12 seasons together that netted the 2012 title and 2014 Indianapolis 500 victory.

The 40-year-old is staring down the barrel of his first podium-less full IndyCar Series campaign, with just two races at Laguna Seca and Long Beach remaining. He sits 16th in the standings.

It was confirmed this week the man nicknamed Captain America will exit after Long Beach; team-mate James Hinchcliffe is also widely accepted as being on the outer, while Rossi and Colton Herta will stay on with Andretti into 2022.

Rossi has been with Andretti ever since joining IndyCar in 2016 following a five-race Formula 1 stint at backmarkers Manor Marussia and has grown close to Hunter-Reay over that time.

“He’s a friend of mine first and foremost, then he’s a team-mate and we get to work together,” said Rossi.

“I’ll miss having someone that I have that kind of relationship with and trust with in the team.

“We’ve been through some good and bad. He’s always someone that I can rely on to pick up the phone and be like, ‘hey, what do you think about this? How should we handle this?’

“He’s always been a huge kind of guiding force from that standpoint and someone I look up to a lot for his accomplishments in the series.”

Rossi was particularly grateful for Hunter-Reay’s assistance in getting him up to speed with oval racing. 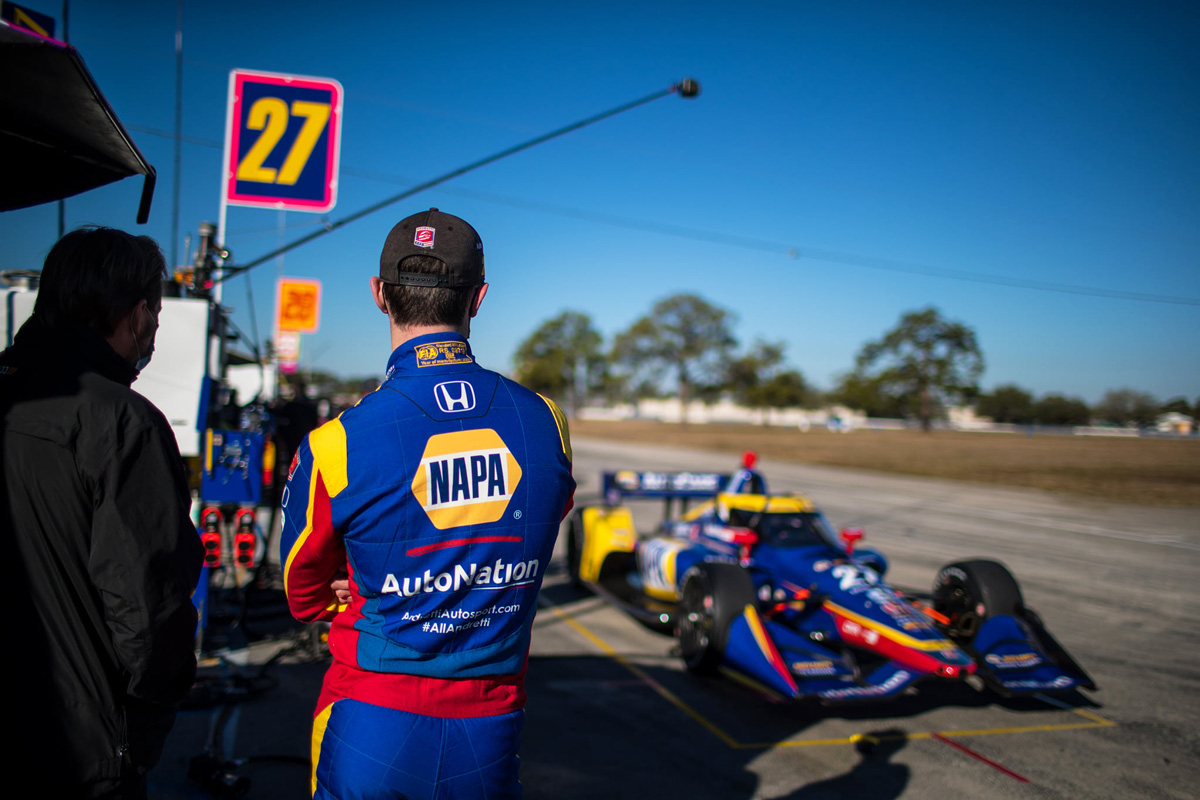 “Really his biggest influence was on ovals for me. Coming in, that was very new,” noted the 29-year-old.

“I had two of the best with Ryan and Marco [Andretti, former team-mate] to learn from. They were incredibly helpful in that regard.

“Everything that I still do on an oval to this day comes from either Ryan or Marco. They really helped me kind of break through that barrier and that learning curve.

“Yeah, Ryan has been the longest teammate that I’ve had in my career. We have a lot of fun together. We compete very hard against each other.

“It will be strange not having him there. With that being said, I know his hunger, motivation and desire to win is still there. We’ll be seeing him around for sure, just won’t be in the same building.”

Rossi added Hunter-Reay will leave “a huge legacy” on the sport, even if he’s not done yet. It’s not yet clear what 2022 has in store for Hunter-Reay.

“He was that American guy that was putting the stars and stripes up front,” Rossi added, which is notable given the quality of foreign drivers during his tenure.

In fact, Hunter-Reay is one of only two American drivers to win the title during his career dating back to his IndyCar switch in 2007 – the other being Team Penske’s Josef Newgarden. 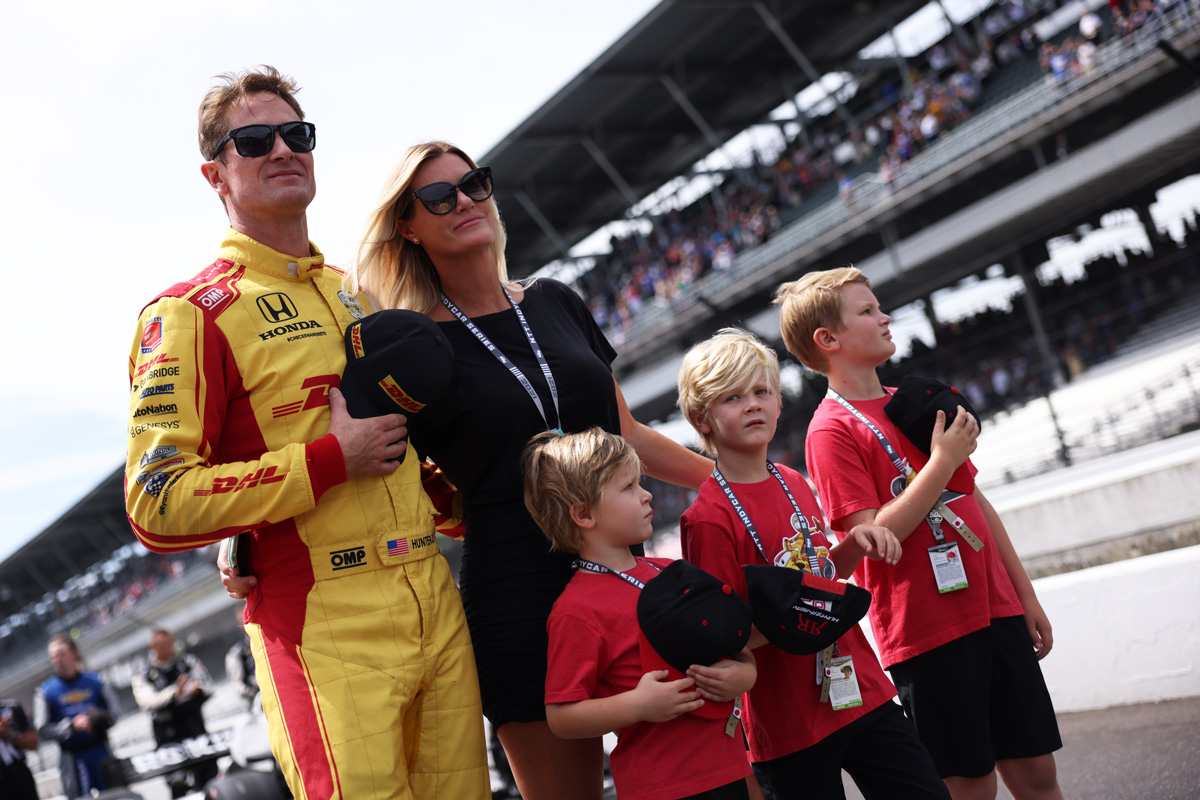 Ryan Hunter-Reay with his family

Laguna Seca, where Rossi first visited as a three-year-old, hosts the penultimate round of the season this weekend.

On the back of a second-place finish at Portland last time out, Rossi is looking for a strong end to his campaign as he continues to strive for a drought-breaking victory.

“I think this year the team’s done a lot of good things. It’s certainly been a better year internally than last year. It was just sad not to have anything to show for it,” he said.

“Obviously we don’t compete to get second, but it was a strong weekend [at Portland] from really practice one, lap one, all the way through.

“It was good to be able to have that for the guys, just reassure everyone that we still know what we’re doing as a collective group. Definitely that’s a good thing. It’s a back-to-back weekend.

“To have that positivity going into Laguna is great. We had great cars there in ’19. Cole was on pole, I was third. He ended up winning the race. Had a test there a month ago.

“We have all the pieces to go out there and have another strong weekend. We’ll be doing our best to make sure that happens obviously before getting to Long Beach, which we all know I enjoy quite a lot.”

Rossi is 10th in the drivers’ standings, four positions and 49 points behind leading Andretti driver Herta.