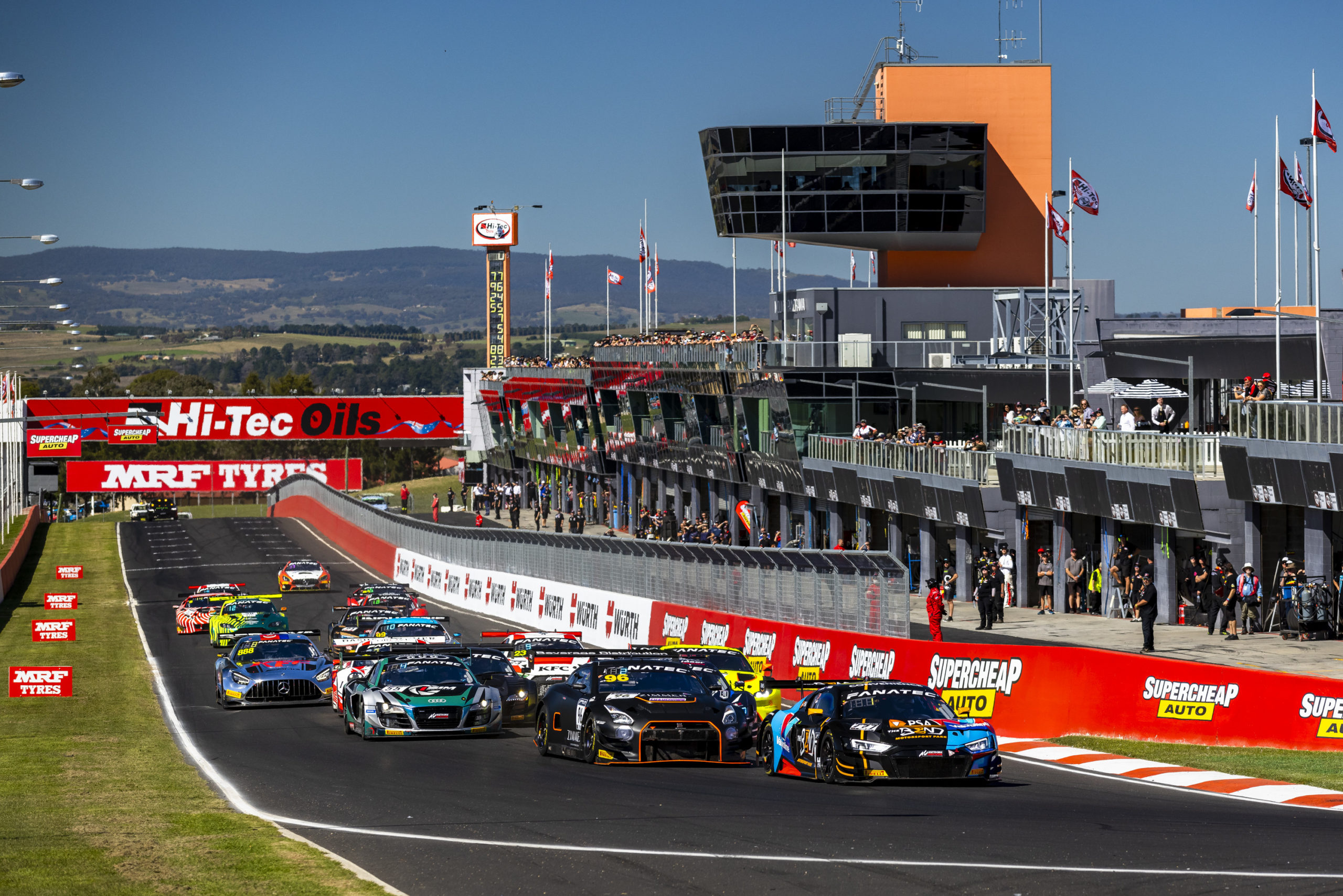 Whether the likes of Chaz Mostert and Cameron Waters will be able to contest more than just the Supercars leg of the Repco Bathurst 1000 this year is up in the air.

Yesterday Supercars announced this year’s Great Race will be held across a record six days (November 30 to December 5) featuring 10 categories in total.

That’s resulted in a list of as many as 14 drivers contesting the crown jewel 161-lap race as well as one or two support categories.

Current Supercars drivers’ championship leader Shane van Gisbergen, Mostert and Waters are the most notable on that list.

Triple Eight has been competing in the GT3-focused series with Prince Jefri Ibrahim and a variety of co-drivers.

Van Gisbergen was supposed to contest that campaign in its entirety, although a collarbone breakage and Supercars calendar conflicts have twice ruled him out.

In the instances where he couldn’t race, van Gisbergen was replaced either by Jamie Whincup or Broc Feeney in the Mercedes-AMG GT3.

Dane confirmed a suitable co-driver for the Prince will be found.

As it stands, Tickford Racing has not discussed or considered the possibility of Waters doing double duties.

Likewise, Mostert’s commitments at Mount Panorama beyond the Repco Supercars Championship are unclear.

Mostert was an omission from GT World Challenge Australia at The Bend Motorsport Park on the same weekend that Supercars was at the Tailem Bend track.

In the case of co-drivers, several have commitments on top of Supercars.

Triple Eight co-drivers Garth Tander and Craig Lowndes could be the busiest of all.

Tander will join van Gisbergen in Supercars and this year has contested GT World Challenge Australia alongside Yasser Shahin, with the pair atop the standings.

Likewise, Lowndes is to join Whincup in the Supercars field and is also likely to continue his Porsche Paynter Dixon Carrera Cup Australia campaign.

The pair are also staples of the Supercars broadcast line-up.

Dane said he would speak with Tander and Lowndes about their respective programmes in due course.

Tickford Racing co-driver James Moffat could have as many as three commitments if he contests Supercars, TCR Australia, and the National Trans Am Series.

For Tickford Racing CEO Tim Edwards, an extensive programme at the Bathurst 1000 is no obstacle for his co-driver Moffat.

“To be honest, we haven’t put too much thought into it, but drivers compete in Super2 sessions and run across and jump in the [Supercar] and co-drive,” said Edwards.

“We’ve had co-drivers in the past that have been driving Carrera Cup cars as well and they actually have a race on Sunday morning.

“When Richo [Steven Richards] was co-driving for us he would hop out of his own Porsche race, run, change race suits, and then jump in and typically start the race in the Bathurst 1000.