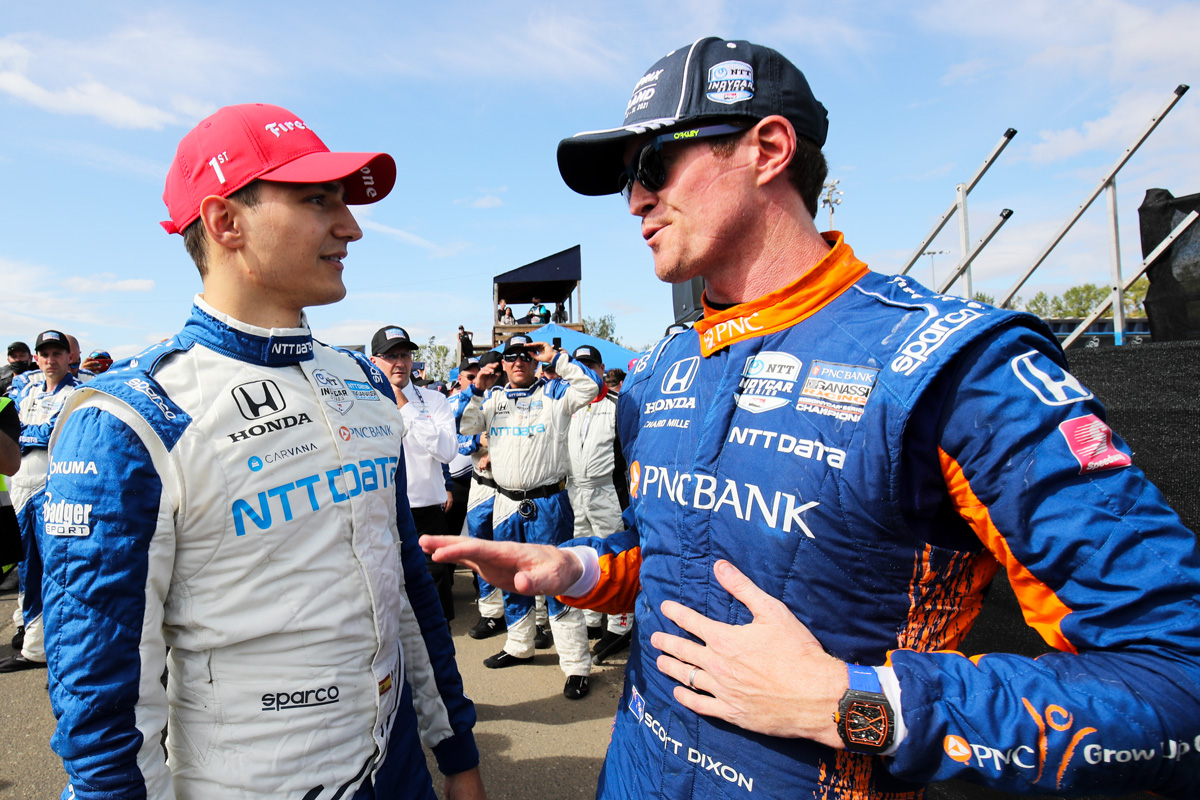 Scott Dixon hasn’t given up on a record-equalling seventh IndyCar Series title but is prepared to help team-mate Alex Palou if push comes to shove.

All other drivers are more than a full race worth of points behind Palou with just two rounds remaining.

Those events will play out before September is up, Laguna Seca hosting action this weekend and the Long Beach decider seven days later.

CGR’s ability to field three consistently front-running cars – also including fifth-placed Marcus Ericsson – could position them to help a chosen car during the coming two races.

Dixon’s first aim, though, is to try and win himself.

“It’s definitely been a trying season for us, but ultimately if it comes down to ‘we need to help Alex’, that’s fine, too,” said the Kiwi, who is 49 points off the series lead with 50 available for each remaining race win.

“I think for us it’s about keeping the championship at home and at the team. So yeah, it’s just the way it rolls sometimes.

“We’ve won championships on a tie-breaker. It’s all possible.” 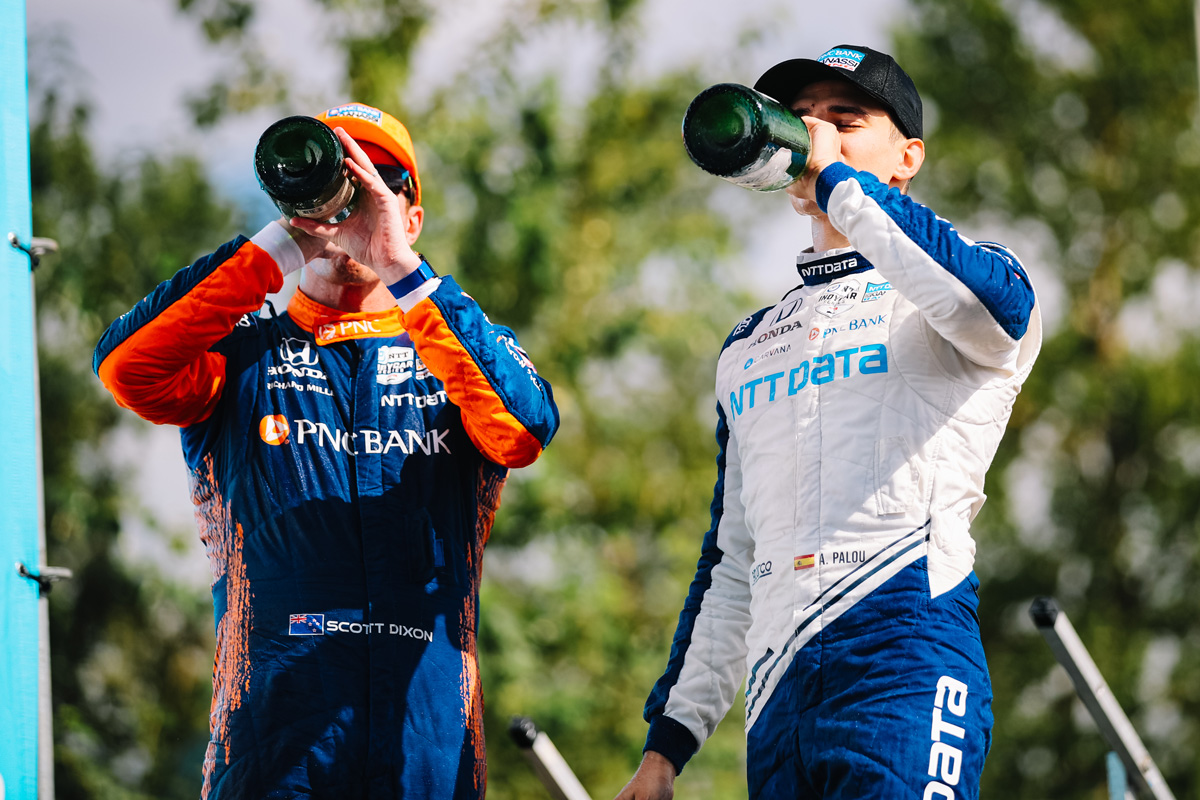 Dixon and Palou on the Portland podium. Picture: Joe Skibinski

Dixon has regularly been complimentary of Palou this season, the 24-year-old Spaniard having joined CGR after spending his rookie 2020 campaign with Dale Coyne Racing.

“I always tell him he’s too nice.

“He’s obviously very adaptive. He’s done a tremendous job in junior categories. But yeah, he’s a bit annoying sometimes when he’s asking a lot of questions, but I think that’s a good thing.

“As you can see with just adverse situations like [at Portland, where he recovered from Lap 1 dramas to win], he didn’t lose it, and still made it happen when it counted.

“Definitely done a massive job this year, and what him and the #10 car guys have been doing has been very special.