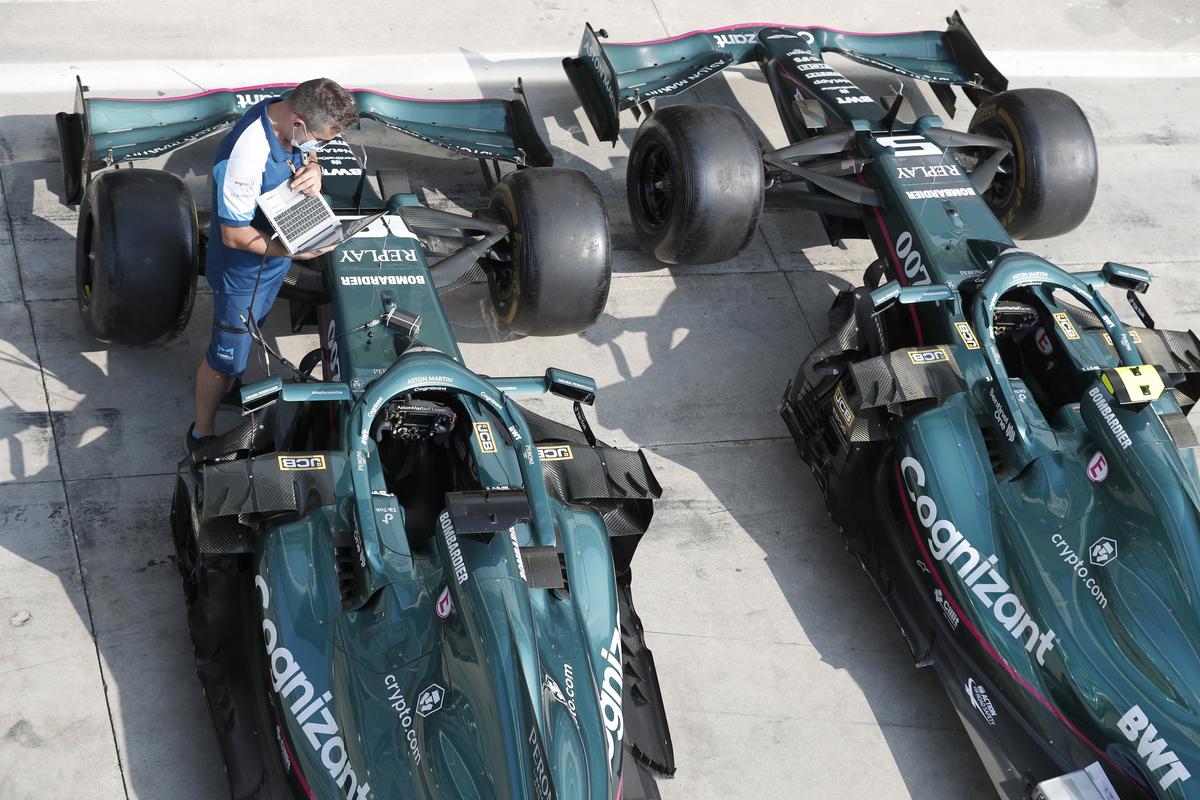 The Aston Martin Formula 1 team has confirmed it will carry an unchanged driver line-up into the 2022 season.

Sebastian Vettel and Lance Stroll were both expected to retain their seats, team boss Otmar Szafnauer having previously stated the delay in announcing next year’s pairing was due to timing clauses in contracts.

With those having now elapsed, the team has confirmed its current duo will remain on next season.

“I am really looking forward to racing the new generation of Formula 1 cars,” said Sebastian Vettel.

“Their look is very different and the new technical regulations should give us cars that can race much more closely than recently.

“More exciting racing will be great for the drivers as well as for the fans.

“The changes are so big that every team will be starting from a new beginning, so it will be a great opportunity for us at Aston Martin Cognizant Formula 1 Team.”

Three-time podium finisher Stroll will enter his sixth season, following two years at Williams in 2017 and 2018 prior to joining the operation currently known as Aston Martin.

“We started this Aston Martin Cognizant Formula 1 Team campaign together and I greatly look forward to continuing the journey with him next year,” he said of continuing alongside Vettel for a second season.

“We have not achieved what we set out to do this year, but that has only amplified our hunger and drive for success next season.”

Lawrence Stroll, executive chairman of the team, added: “The first ever season for Aston Martin Cognizant Formula 1 Team got off to a disappointing start, owing to the regulatory changes over the winter that disadvantaged the two teams whose cars utilise a low-rake aero philosophy.

“But we have made good progress over the past few months, and both Lance and Sebastian have delivered some excellent performances.

“They have had more than their fair share of bad luck, but in 2022 we are delighted to be continuing with such an excellent blend of youthful talent and experienced expertise.”

Under Stroll’s stewardship, the team has been on something of a recruitment drive as it looks to bolster its workforce, part of a wider effort to see the team move up the grid.

That includes a new factory too, Stroll taking part in a ceremonial ground-breaking as to signify construction commencing on the expansive facility.

Aston Martin currently sits seventh in the drivers’ championship with 59 points, 35 courtesy of Vettel and 24 from Stroll.