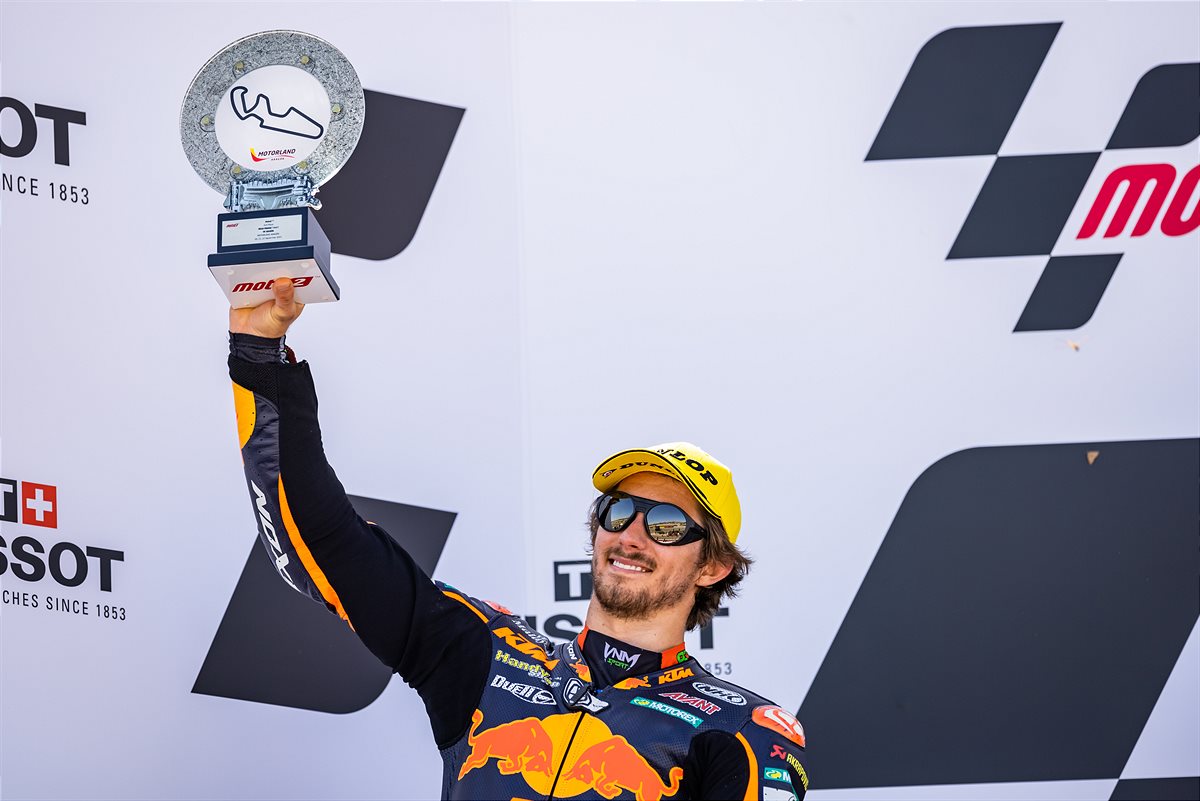 Second place in the Aragon Moto2 Grand Prix felt “like a win” for Remy Gardner.

The championship leader finished second to Red Bull KTM Ajo team-mate Raul Fernandez at MotorLand Aragon, a circuit which he admits is not one of his best.

Gardner had spent much of the 21-lap race running in third position, but inherited a spot when Sam Lowes crashed on Lap 13.

The incident represented a gift of another four points to the Australian, that being the difference between the 20 on offer for second and 16 for third.

His advantage at the top of the table over Fernandez, who gritted his teeth to take victory with a broken hand, is thus a still very healthy 39 points with five rounds to go.

“Aragon’s always a track that I struggled at and second feels like a win.

“I was happy to take third in the moment when Sam was in front of me, so I got a little bit lucky with Sam. Unfortunately, he crashed out, but yeah, fortunately for me.

“Everything adds up at the end of the season and there’s still a long way to go, but yeah, definitely couldn’t be happier.

“I have to say that Raul was just on another level with his pace and I couldn’t match that, so it was tricky.

Notwithstanding that attitude, Gardner maintains he is not looking too far ahead.

Asked by Speedcafe.com how important the 20-point haul might prove to be at season’s end, he responded, “All points are important.

“All the races that I’m scoring points, they all add up, and that’s the way you hopefully win championships; by scoring the points and limiting the damage on the days that you can’t win.

“At the moment, [I am] just finishing these races and getting as much as possible, but not even thinking about [the championship] yet.

“[I am] just taking it race by race still, just trying to repeat what I’m doing for the rest of the season. So, yeah, all points are important.”

Round 14 of the season, the San Marino Grand Prix, takes place this coming weekend at Misano World Circuit Marco Simoncelli.

Gardner and Fernandez, who move into the premier class next year with Tech3 KTM Factory Racing, will then get half a day each on one of the Austrian marque’s MotoGP bikes at the test held in the following week.