NASCAR to race inside NFL stadium next year

NASCAR to race inside NFL stadium next year 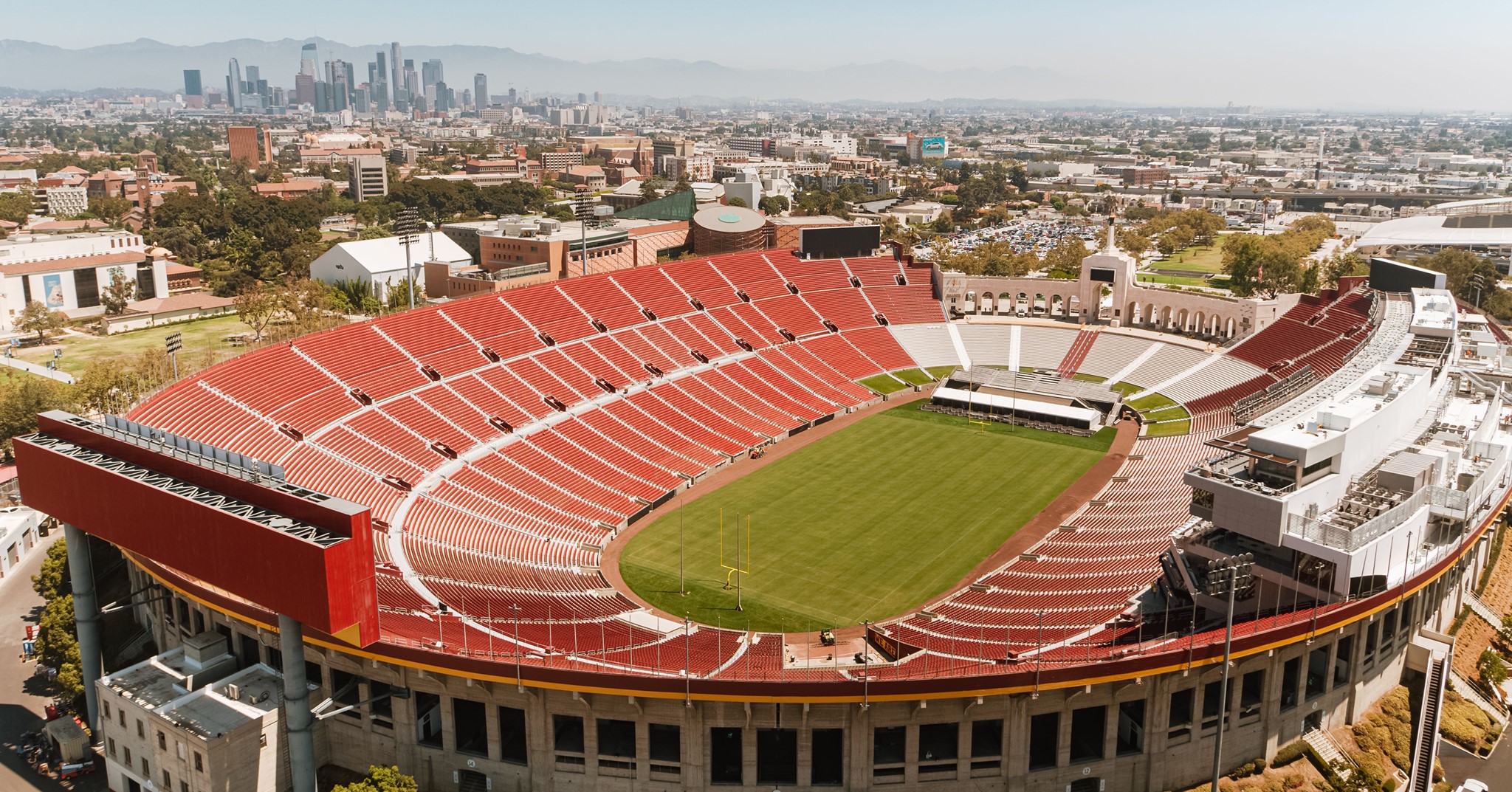 The 2022 NASCAR season will open with a spectacular maiden visit to the Los Angeles Memorial Coliseum.

The historic 77,500-seat venue, which has hosted two Olympic Games, will have a quarter-mile asphalt oval built around its American football field.

Its status as the Clash means NASCAR’s Next Gen machinery makes its competitive debut at Los Angeles on February 6, 2022.

That will mark the first time since the Clash debuted in 1979 that the non-points exhibition affair will be held away from Daytona International Speedway.

“We’ve been discussing the Clash for a while, and we’ve had it at the [Daytona] oval for a number of years,” said Ben Kennedy, NASCAR senior vice president of strategy and innovation.

“We moved it to the road course this year, but really wanted to think outside the box as we thought about the Clash in the future — and seeing that it’s an exhibition event, we looked at a number of different places and locations that we could host it at, and ultimately narrowed it down to the LA Coliseum.

“I think the large fan base that we have here in Los Angeles, the largest that we actually have in the nation, paired with exciting racing and being here in the downtown Los Angeles market, I think will be really special.”

Discussions to bring the initiative to life begun two years ago in unusual fashion.

“We’ve had these discussions for a while, and they actually came about by us going to their website, finding their contact page and reaching out to them,” Kennedy revealed.

“So, we started that in 2019, I had a few conversations, obviously with COVID put things on pause, but resurfaced and I would say early on this year, I’ve had a ton of dialogue.

“Over summer, we put a team together a couple of months ago, and really we’re off to the races and running now.”

Simulations via iRacing have been used in designing the quarter-mile oval, which will be the shortest circuit used in the modern NASCAR Cup Series era.

More details, including the degree of banking to be implemented, and event format, are still to be announced.

Construction of the circuit is to commence on January 1, 2022.

NASCAR has a long history of racing at stadiums, such as Bowman Gray Stadium and McCormick Field in North Carolina, and Soldier Field in Chicago.