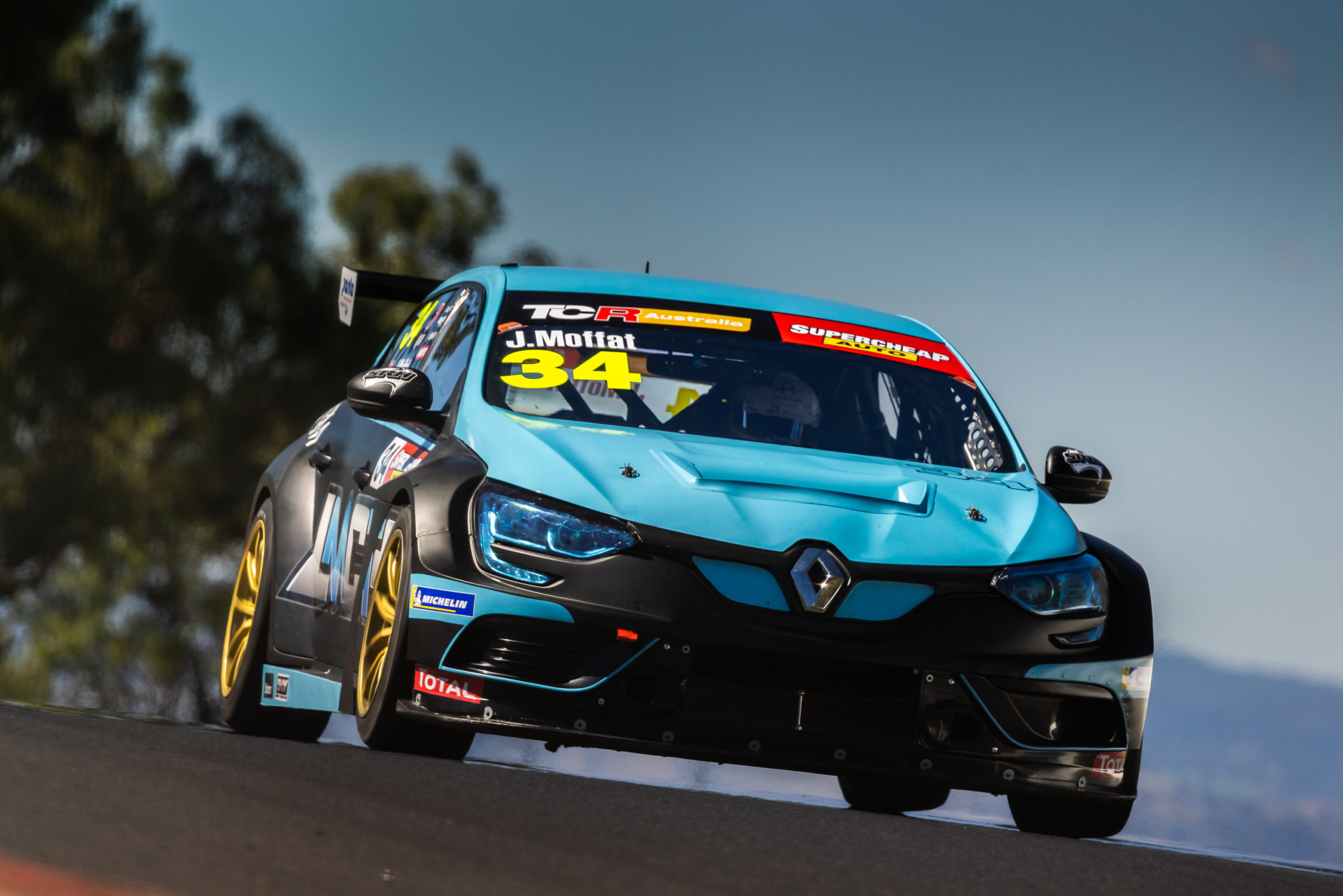 James Moffat aboard his Renault Megane TCR at Bathurst

James Moffat has led a chorus of support from Australian Racing Group-affiliated drivers in relation to the new six-day Repco Bathurst 1000.

Moffat is a leading Supercars co-driver and is expected to be paired with Tickford Racing star Cameron Waters for the Great Race.

As opposed to splitting his duties across separate weekends (the now cancelled Supercheap Auto Bathurst International had been slated for November 26-28), Moffat will be among the drivers with a blockbuster Tuesday to Sunday schedule.

That will also include racing a Garry Rogers Motorsport Renault Megane in Supercheap Auto TCR Australia, not to mention a possible a National Trans Am Series appearance in a Mustang donning the colours made famous by his father Allan.

“There could be no better outcome from it all,” said the two-time Supercars Championship race winner.

“It’s been a challenging time for everyone, not just the motorsport industry. To have everything join forces in one big event is a great result.

“Plans have changed multiple times, so creating this super event is a good outcome for everyone involved, especially most importantly for the fans, who will have all these great categories to watch across an exciting six days of action.

“It will be a spectacular way to finish off the year at Australia’s most prestigious event at this country’s best circuit.

“Hopefully people embrace it and get right behind it.”

Fellow TCR competitor Nathan Morcom is similarly unperturbed by the prospect of playing second fiddle to Supercars at the Mountain.

“I’m absolutely stoked that TCR gets to race on the biggest motorsport weekend in Australia,” said Morcom.

“It’s been a long-time coming and I think everyone will be keen to see our two-litre, turbocharged hot hatches race door-to-door around the best track in Australia, alongside all of the other big categories.

“I’m really looking forward to hitting the track running, it’s been a while since we’ve been out on the track. 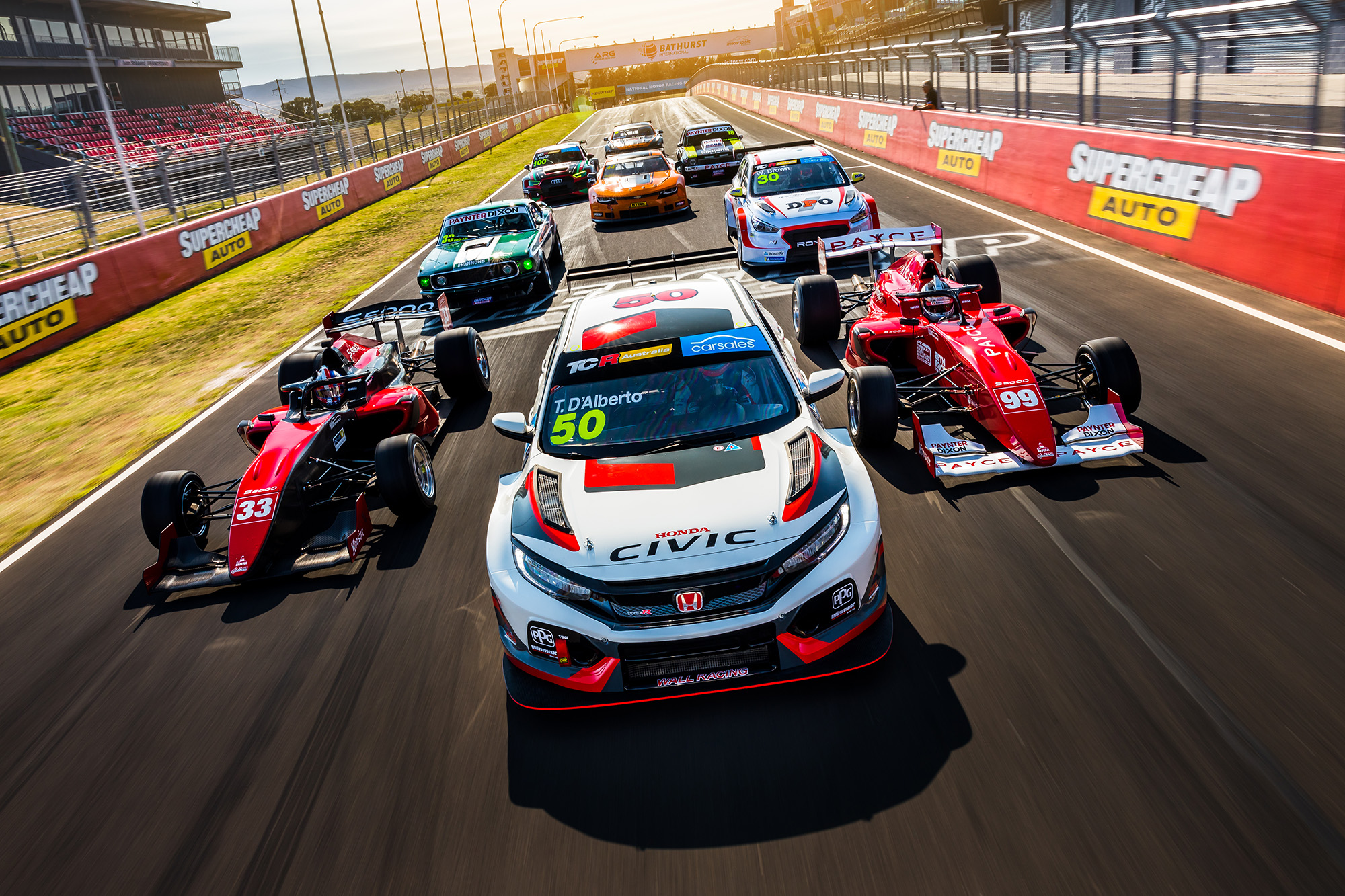 “Our cars are turbocharged, two-litre pocket rockets, but don’t hold anything against them.

“We produce the best racing in Australia, especially door-to-door and I think not everyone has come out to experience it yet in person, so it’ll be good to show that at Australian motorsport’s biggest weekend, that’s for sure.

Trans Am and S5000 driver Nathan Herne is another to have displayed his excitement.

“It’s going to be a massive festival for motorsport junkies to come in and get their adrenaline fix that we’ve been missing out on for the whole year,” said Herne.

“Every form of motorsport is catered for there – two-litre TCRs, Trans Am’s the new kid on the block with the next generation of muscle cars and S5000 debuting at Australia’s toughest circuit, which is going to be something to watch.

“Trans Am is a class that is growing rapidly, but being part of this six-day Bathurst festival it will be a big moment for the category.

“I think it will skyrocket the interest in Trans Am. It’s an awesome category, the way the cars move around and they’re such basic, simple things it just relates to the general public. They want to see underdogs come through and Trans Am is definitely not short of those.

“And S5000 is definitely going to be a drawcard. Big banger, V8-powered open-wheelers racing around Bathurst is a drawcard in itself and I think a lot of people will be coming to just watch S5000.

“I predict there will be some very fast lap times and pretty good racing around the Mountain. Across the top there might be some aero wash following each other, but there’s two long straights to slipstream behind.

“It will be a pretty cool track and car combo, that’s for sure.”

The Bathurst 1000 will be held across November 30 to December 5.