Zelenak, 51, was best known for his early career with Peter Brock and the Holden Dealer Team where he started as an apprentice in the engine shop.

More recently Zelenak was taken under the wing of US-based racer and solar entrepreneur Kenny Habul, who employed Zelenak to do a complete nut and bolt restoration of the Brock’s famous #10 1987 Bathurst-winning car.

Habul purchased the car from the Sunshine Coast’s David Bowden in 2017 and once the rebuild was completed, Zelenak worked as part of Habul’s Mercedes-AMG GT team and helped it to the Intercontinental GT challenge title in 2018.

Zelenak was also given the job of maintaining Habul’s extensive car collection in North Carolina which includes several of the 12 HDT VL Director Special Commodore road cars that were also controversially launched by Brock in 1987.

“Stef and my group of friends grew up together on the Gold Coast, tuning and modifying our street cars day and night. We all dreamed of racing, and nothing else,” said Habul.

“When we purchased the #10 Brock Commodore there was only one guy I could have entrusted to the restoration of it. Stef originally built the engine for that Bathurst winning car in 1987, as a teenager!

“He was very talented and Peter Brock truly loved him like a son. He went on to achieve great things around the world and became a world class race engine builder

“Stef suffered enormously in the last few years, but he just got on with things. He battled cancer for 10 years, and every day he had a smile on his face and was an inspiration to those around him. We all drew strength and confidence from his determination.

“He was a real racer and he just loved being around the cars and being at the track.”

While Habul introduced Zelenak to many experiences in recent years, one of the highlights was a trip to the Goodwood Festival of Speed with the #10 Brock Commodore in 2019, which was one of the star entries of the event.

Zelenak prepared the car for the event and was on the ground to answer all the fans’ questions about its history. 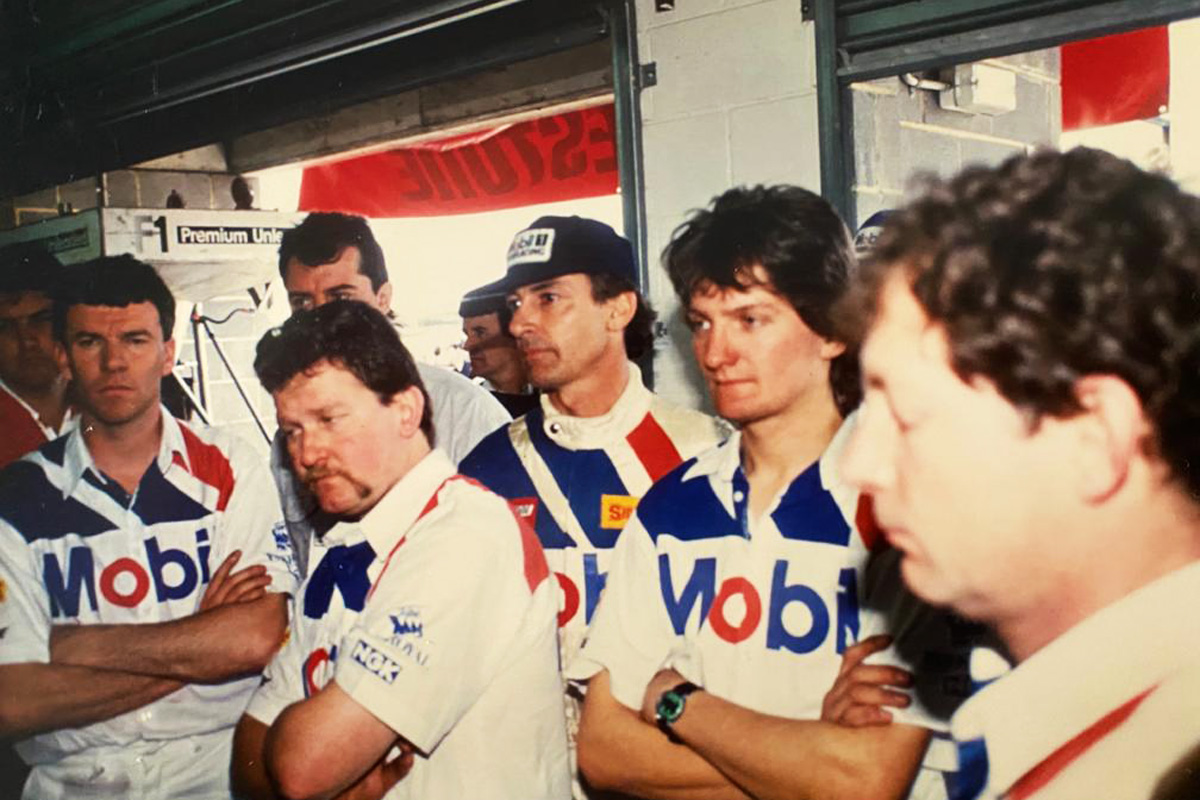 “The attention the car has drawn has been pretty amazing,” Zelenak then told Speedcafe.com at Goodwood.

“The young kids think it is cool and anyone with an Australian accent just understands the importance of the car.”

Zelenak moved to the Gold Coast in the 1990s and started a performance workshop at Nerang and eventually moved to Asia where he was one of the pioneers of the modern era of the sport in that region of the world.

He actually ran a BMW for Paul Morris at Macau in 1999 and together they beat the European BMW and Audi teams finishing with a second and a win from the two Super Touring races.

“He certainly adapted to that part of the world (Asia) pretty quickly,” said Morris.

“We did a lot of goofy stuff together, but that Macau trip was probably the highlight.

“He was a wheeler and dealer, but certainly knew his way around a race car.”

“Stef was one of a kind,” said Doohan.

“He was a simple common sense Aussie engineer. He loved MotoGP and we are all sad to see him go”.

Brock’s former wife, Bev, counted Zelenak as “another son” and had come to Queensland to look after him before COVID restrictions forced her back to Victoria.

“Peter was impressed by him and gave him a job and from that day forward you just could not stop him.

“He has been part of our team and family ever since and him building that engine for the 1987 winning car was the highlight of his career.

“Peter had a real affinity with him and called him ‘Stefano’.

“He developed stage four cancer in 2010 and was given a limited time to live, but his incredible determination showed through again and we had him for 11 more years.

“He was so determined to go to the US and do the rebuild on the 1987 car for Kenny Habul, who was an amazing support for him financially and emotionally.

“Stef was a remarkable young man and he will be missed very much.”

Zelenak passed away on the Gold Coast and Speedcafe.com offers its condolences to his family and friends.

There are plans for Zelenak’s ashes to be spread at Brock’s Skyline at Mt Panorama when COVID restrictions allow.