Ricciardo ‘fell out of love’ with F1 before Monza win

Ricciardo ‘fell out of love’ with F1 before Monza win 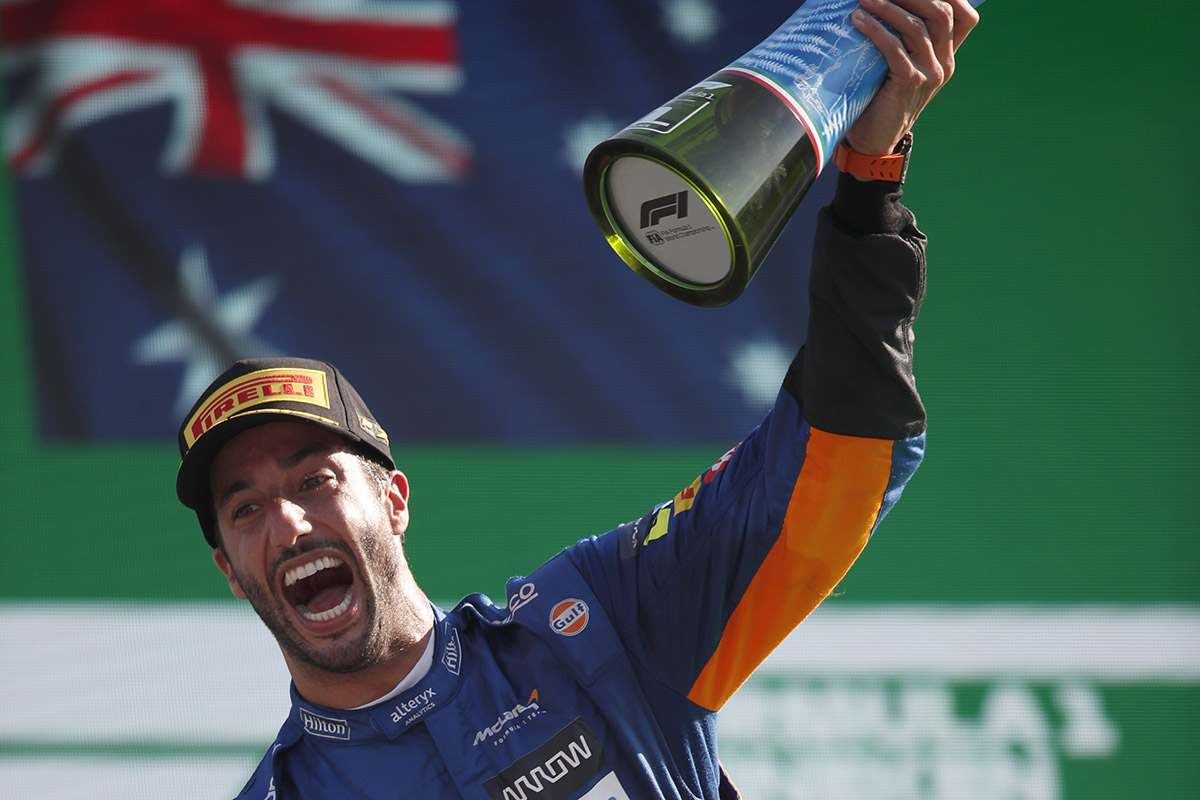 After more than three years without a grand prix win, and a troubled start to 2021, Daniel Ricciardo admits there were times he’d fallen out of love with Formula 1.

The Australian sensationally won the Italian Grand Prix on Sunday ahead of his McLaren team-mate, Lando Norris, the team’s first one-two in more than a decade.

It marked an important milestone for the former world championship-winning operation as it continues its march towards the front of the F1 field, but it was also key for Ricciardo.

A tough start to the year saw the Australian confess to Speedcafe.com that it had been the hardest season of his career.

Struggling to come to grips with the McLaren MCL35M, a machine which requires a specific driving style to maximise, he found himself overshadowed by Norris.

By the summer, Ricciardo had amassed less than half the points of his team-mate, with a best result of fifth in the British Grand Prix.

In retrospect, that weekend signalled the beginning of the 32-year-old’s upturn, which has become far more evident since F1 returned from its mid-year break last month.

Fourth in Belgium was a solid indicator, and while McLaren struggled in Zandvoort for the Dutch Grand Prix, Ricciardo was more or less on par with Norris.

“The whole year has been something a little foreign for me, something that’s been more challenging than I’ve had before,” Ricciardo said.

“We’re an international sport, everyone’s been aware of some of the struggles that I’ve had this year.

“After Friday, I knew – even before Friday – but I knew after Friday we had something this weekend,” he added.

“That’s why I was so fired up, because I knew that it could have been a little bit better and I just didn’t want to waste that opportunity.

“I haven’t had many this year, or put myself in that position, so I think from that moment on, it was pretty much on.”

Both Ricciardo and Norris showed strong potential in opening practice on Friday, before qualifying fourth and fifth for Saturday’s Sprint Qualifying.

The Australian then improved on that to finish third on Saturday afternoon, behind Valtteri Bottas and Max Verstappen.

With the Mercedes taking a grid penalty for the race, it handed the 2018 Monaco Grand Prix winner a front-row starting spot.

Another strong getaway on Sunday then saw the rest of the story write itself.

“It means everything,” Ricciardo said of the win.

“I definitely try not to dictate my life happiness around the sport, because it’s been three and a half years since I won, so I’d be pretty miserable most of the time if I just based my happiness on winning races!

“A lot’s happened since Monaco 2018, so to be back here in this moment – I think that’s why we love the sport, it makes all those crappier days worth it, and it’s as simple as that.

“There’s been lows this year, but deep down I never lost faith or the belief,” he continued.

“I think I just also needed to step back, and I think that’s where having some time off in August helped.”

Ricciardo spoke more openly to the press in the interviews which invariably followed on Monza success.

After a season of guarding himself and choosing his words carefully, for the first time in 2021 he allowed himself to appear vulnerable.

“I believe in myself obviously, I think everyone does to get to this point in the sport, but I’ve certainly been challenged this year,” he explained.

“The sport is a tricky one. It’s not so black and white and sometimes you do struggle to find some answers.

“But I think you have to stay on course and stay true to the cause, and you can easily get lost as well.

“Deep down, I would have moments of frustration, or moments of dropping my head, but I made a point never to let that last.

“I also made a point to try and gain something from it, and learn from it.

“There’s been days this year where I definitely haven’t loved it, but I’ve had those days pretty much every year,” he added.

“There’s probably just been more this year, but I don’t resent those feelings either.

“Those things make you definitely appreciate the good days, but also they make you understand some internal questions within yourself, and how much you want it and how much it means to you.

“For moments, you fall out of love with the sport, but actually the clarity you get afterwards kind of makes you realise how much you do love it and how much you want it.

“I think that’s been the biggest thing.”

Ricciardo now sits eighth in the drivers’ championship with 83 points to his name, while McLaren has climbed back up to third in the constructors’ title fight over Ferrari.

Formula 1 is next in action at Sochi for the Russian Grand Prix on September 24-26.