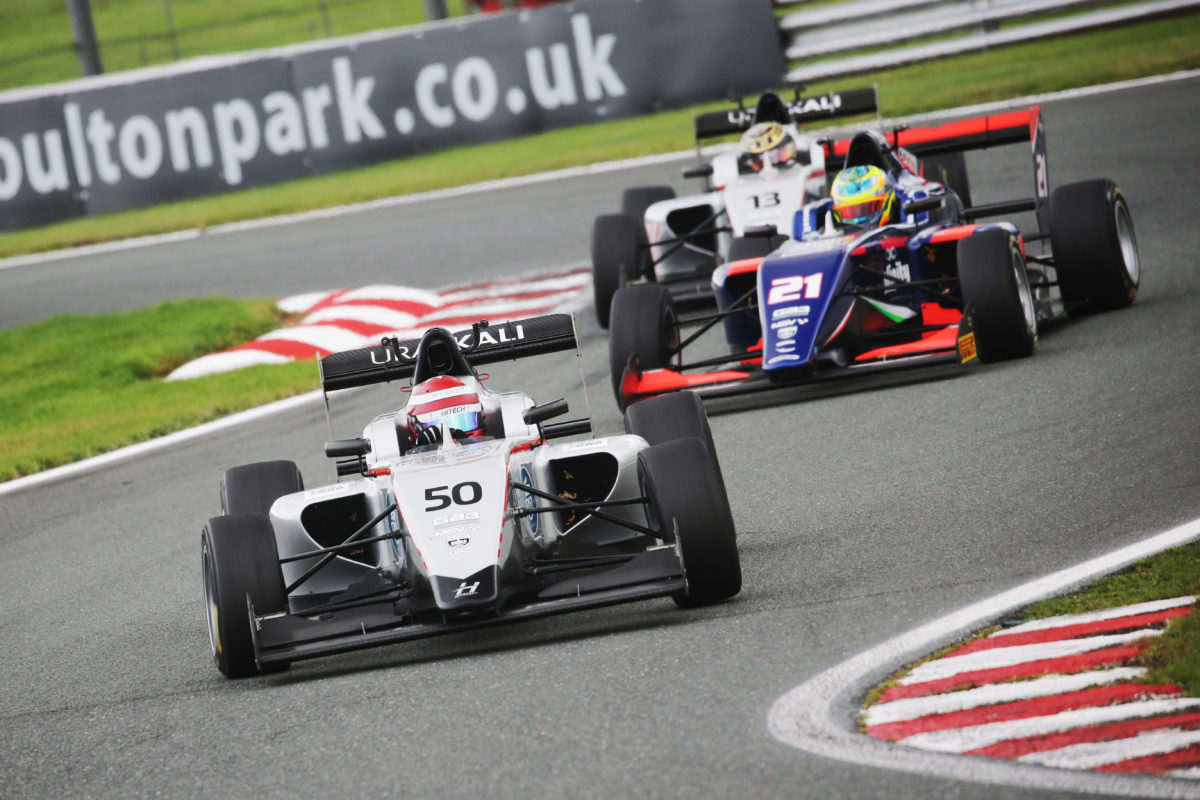 West Australian Bart Horsten has missed out on a maiden GB3 Championship race win after results were backdated due to a red flag.

Race 2 of the penultimate event of the season, at Oulton Park, descended into chaos which left Horsten leading Christian Mansell in an all-Australian one-two.

Browning’s Fortec Motorsports team-mate Roberto Faria then made a move which resulted in both cars leaving the track, the latter ending up in the barriers.

However, the red flag saw results backdated to Lap 10, meaning Browning was officially the victor, ahead of the Australians.

Mansell himself had a tough Race 3 which saw him slip from second to third in what was known until recently as the British Formula 3 Championship, albeit only three points behind Ayrton Simmons.

The Novocastrian teenager started 11th due to a reverse grid, fell further down the order in early drama, and got back up only to 11th at the finish.

In Race 1 of the weekend, he chased Horsten but could not find a way by, with sixth at the chequered flag becoming fifth once Browning was excluded for a technical infringement.

“It’s been a weekend of ups and downs really,” said Mansell, who drives for the Carlin team.

“A rollercoaster for us and we came so close to a win in the end.

“In Race 1 there wasn’t much we could do in the dirty air, but we got good points and then the second race was wild.

“I was focusing on Simmons at the end in our battle for second in the championship, and with the cars going off ahead I was coming at Bart so fast. Another lap and who knows?

“We’re still right in that fight for second and we’ve been to Donington once so we can use what we’ve learned to help us. Carlin cars will be strong there, so I’m looking forward to it.” 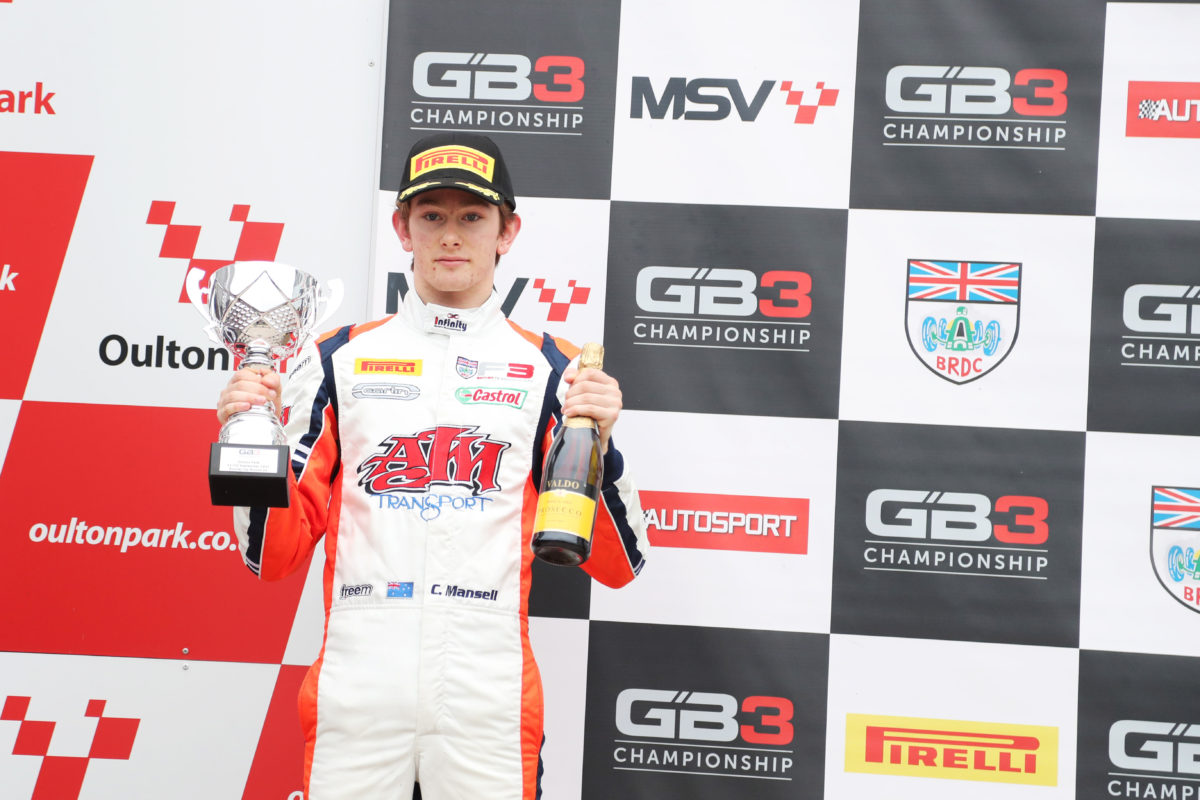 Mansell’s team-mate O’Sullivan continues to lead the championship after results of first, DNF, and sixth at Oulton Park.

Horsten, following the fourth and second placing, would also have his worst result in the final race of the weekend.

Contact at the first chicane caused the Hitech GP driver to spin and drop to last, but he carried on to take 14th.

“Race 1 was a bit of a procession; put the cars under pressure at the start but then you all hold station until the end, but it was a good result,” he said.

“Then in Race 2, obviously we had the win but on countback we were put back to second place which was still good for us.

“In the end I got to stand on the top of the podium, so I got all the perks of being the real winner. I think I’ll take that one in my books which is a great result.

“The third race could have been a really good race after the start we had, but unfortunately a bit of contact was at one of those angles where you get hit and it spins you around. We got going again and passed a lot of cars so it was a missed opportunity.

“We showed good pace, and now we go to Donington Park where we were awesome last time.

“We aren’t chasing our tails heading there, so now it’s down to me to get the job done and finish well.”

Horsten is now sixth in the championship ahead of the final event of the season, at Donington Park on October 16-17.