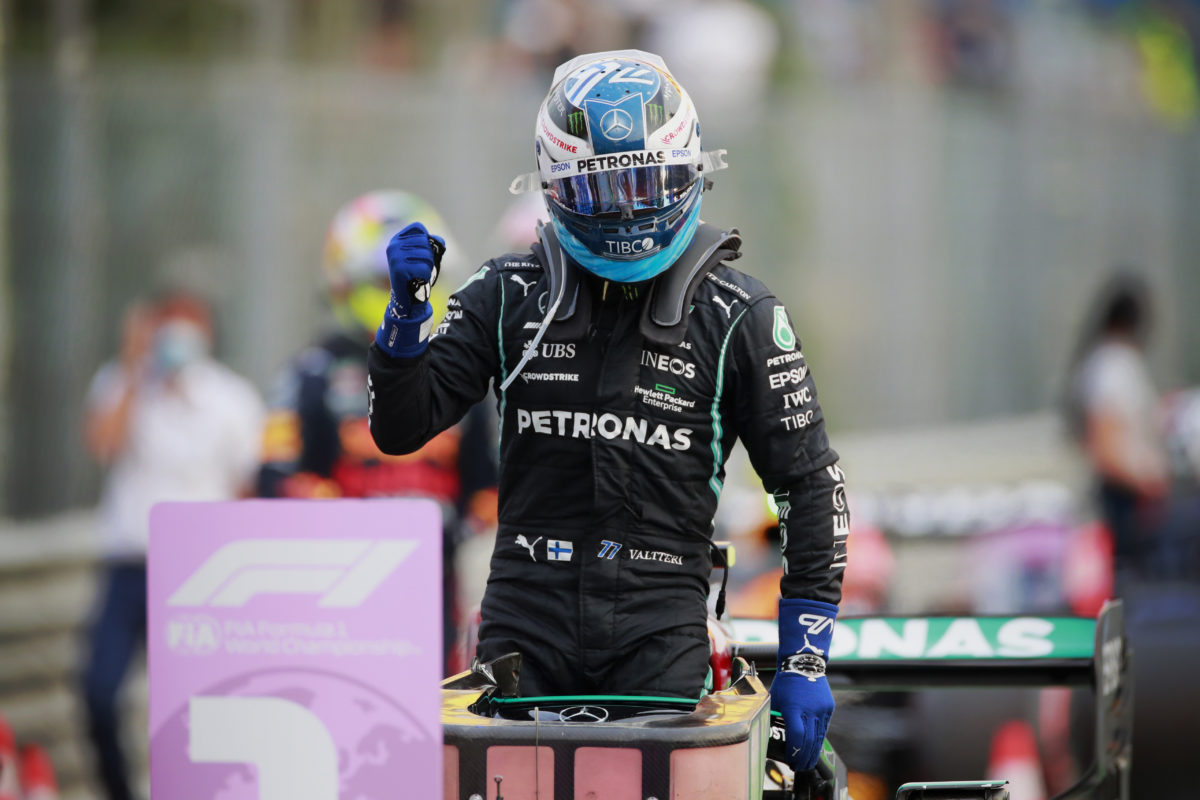 Valtteri Bottas is enthused by the prospect of leading Alfa Romeo Sauber to the front of the Formula 1 grid.

The Finn will join the Swiss-based operation next season after it was announced prior to the Italian Grand Prix that he would leave Mercedes at the end of the season.

His departure was widely expected, with either a return to Williams or a move to Sauber his only realistic options.

The latter was his preferred destination, inking a multi-year deal (believed to be three) with the team.

“It’s exciting, it’s a great brand, they have a great history and what a sport,” Bottas said in Monza.

“I feel like, based on information I know, that they can have a bright future, and hopefully I can help that.”

The team currently known as Alfa Romeo entered F1 in 1993 as Sauber, and has undergone a number of identity changes over the years.

That included a stint as the BMW factory team, during which period Robert Kubica scored its only win to date.

More latterly, a commercial deal has seen the team known as Alfa Romeo, though in reality it remains the Hinwil-based Sauber squad.

In recent seasons the squad has played something of a supporting role to Ferrari, with whom it has a technical relationship.

That has seen Antonio Giovinazzi, a Ferrari Driver Academy member, at the wheel of its second car alongside 2007 world champion Kimi Raikkonen.

Bottas joins in place of Raikkonen, who will retire from F1 at year end, though the identity of his team-mate has not been decided.

Giovinazzi is in the frame along with a raft of others, including Aussie youngster Oscar Piastri.

Bottas is realistic of his chances with his new employer, recognising that it’s unlikely he’ll experience the same highs as he has with Mercedes in recent years.

“For sure, realistically, to fight for the wins next year is going to be unlikely,” he admitted.

“But you never know, there’s a regulation change.

“There’s a big bunch of motivated people, we’ll give it everything I can to get close to the front, or to the front, as soon as possible.

“But it is different kind of mentality, it’s a different approach, for sure, and it’s a bit of a project.”

Sauber team boss, Frederic Vasseur, has suggested part of the allure of a seat with his team was the opportunity for Bottas to step out of Lewis Hamilton’s shadow.

Since joining Hamilton at Mercedes, the Finn has been overshadowed by his team-mate, who has won the last four drivers’ titles.

During their time together, Hamilton has amassed 46 wins, while Bottas has chalked up just nine – the most recent coming at the 2020 Russian Grand Prix.

“I don’t know about the shadow,” Bottas suggested.

“Obviously, if you look at the results overall, Lewis has been able to beat me every year, so in that sense, yes, I’ve been in the shadow.

“But honestly, now I don’t really feel it that way; we are a team, and we’re now in this together.

A decision on who will join Bottas at the squad is not expected to be made until after the Russian Grand Prix, which runs from September 24-26.