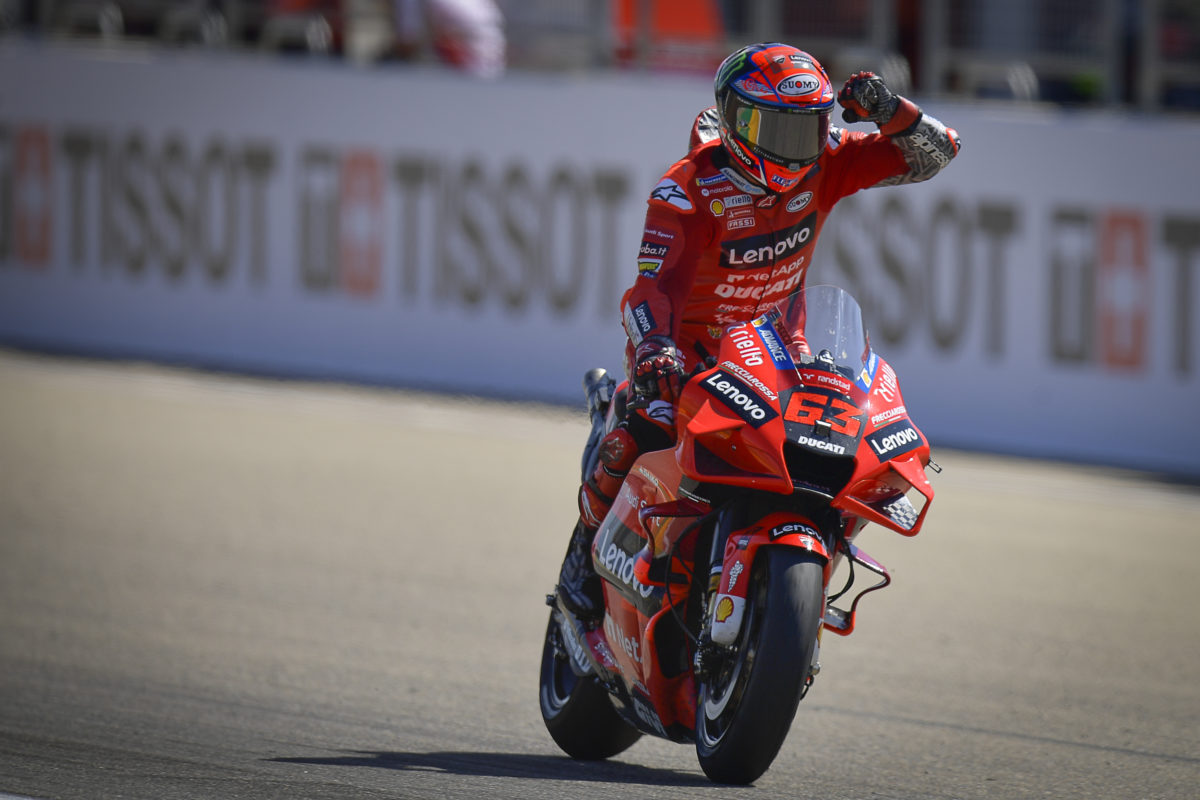 Francesco Bagnaia has attributed his MotoGP form to a “happy” situation at the Ducati factory team after finally bagging his first win in the premier class.

Bagnaia beat Marc Marquez in a thrilling Aragon Grand Prix, his 42nd race start in MotoGP, although he had come close to victory on a number of occasions prior.

The 2018 Moto2 world champion crashed while leading both the 2020 Emilia Romagna Grand Prix and this year’s Italian Grand Prix, before a technical issue saw him slump from the front row to a finish of fourth in the British Grand Prix, a fortnight prior to the Aragon event.

He had finished 15th in his rookie MotoGP season and only 16th last year, both with Pramac Racing, but was nevertheless promoted along with Jack Miller to the Ducati Lenovo Team, following Andrea Dovizioso’s exit.

Team manager Davide Tardozzi predicted on Friday at MotorLand Aragon that Bagnaia “will reach the win quite soon,” and, two days later, the Italian did just that.

“In Moto3, I struggled to be competitive,” he admitted, having scored just one podium in his first three seasons in the lightweight class.

“Then I found a good situation in the Team Aspar [in 2016] and I started again to be competitive.

“Then I moved to Moto2, and from the start I was competitive because I did through the year [2017] with four podiums, it was not so bad situation, and the second year I win the championship.

“Then I arrive in MotoGP, I struggle a lot the first two years, and now that I moved to the factory team, I feel incredible with everything; with the team, with the bike…

“So I think that sometimes it’s more important the situation you are, the people you are working with, because you have to be in the centre of the project and in this situation you can be more happy, and I think that this is my situation.” 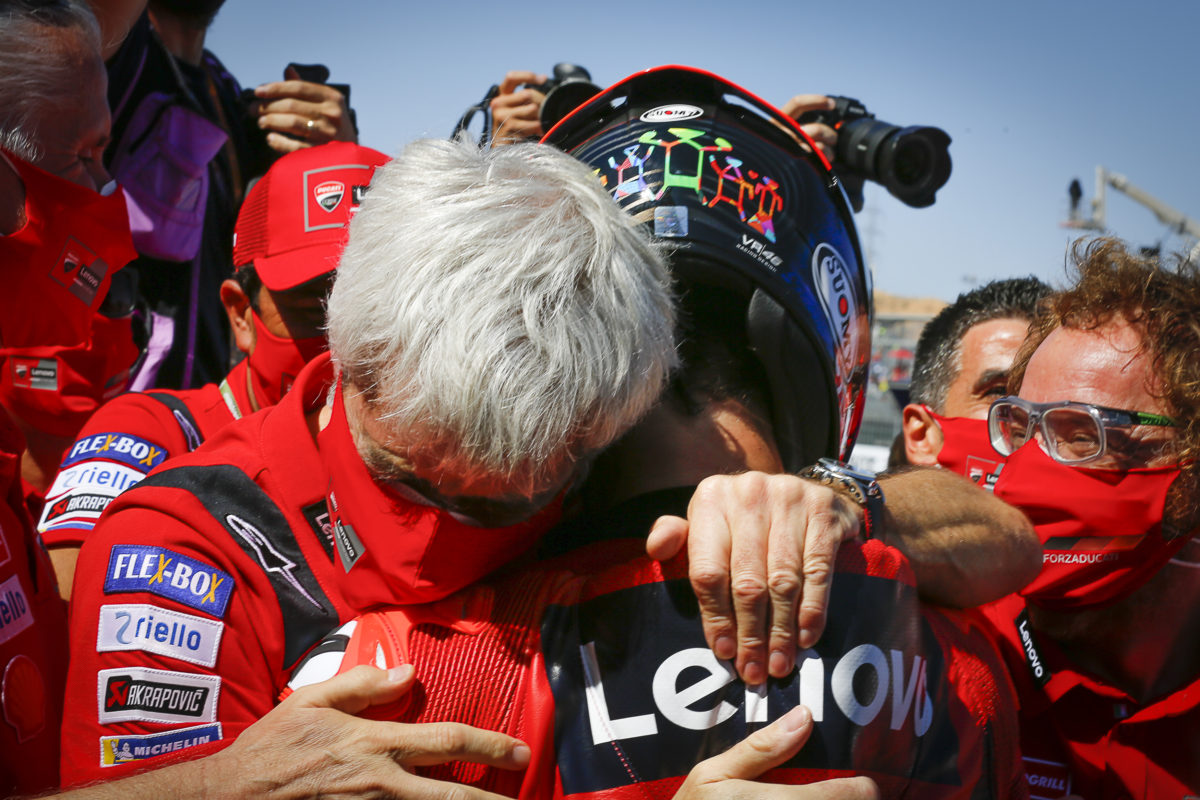 The 24-year-old explained that he also needed time to come to grips with MotoGP.

However, he also noted that luck has often gone against him, such as the aforementioned Silverstone issue or automatically losing a would-be lap record pole position at Portimao due to MotoGP’s controversial yellow flag rule.

At Aragon, everything clicked for Bagnaia, who said that the Ducati Team did not have to change his bike all weekend.

Now, he is hopeful of making up for last year’s mistake at Misano when the San Marino Grand Prix takes place this coming weekend.

“I think that every rider needs their time,” said Bagnaia.

“I struggle a lot, the first year, apart from Phillip Island where I finished fourth, but fourth with 12, 15 seconds from the first one [winner].

“The second year started well but I was not so fast sometimes.

“This year, sometimes I was fast, but without possibility to do good because in Portimao with the yellow flag in the qualifying, I missed the opportunity to fight maybe for the victory; in Mugello, I crashed from my mistakes.

“So, every time I was missing something, and this weekend, we worked perfectly, I think.

“It will not be easy to make again a weekend like this because not touching anything on the bike is something incredible for us.

“I would like to be again fast like this in Misano and it’s a track that I like – I will try again – but for sure, after this two years in MotoGP, a win now in the factory team like this is a great emotion for me.”

Bagnaia’s Aragon triumph moved him to second in the championship, although 53 points or more than two races still behind Fabio Quartararo.

Practice for the San Marino round, the fifth-last of the season, starts this Friday evening (AEST).