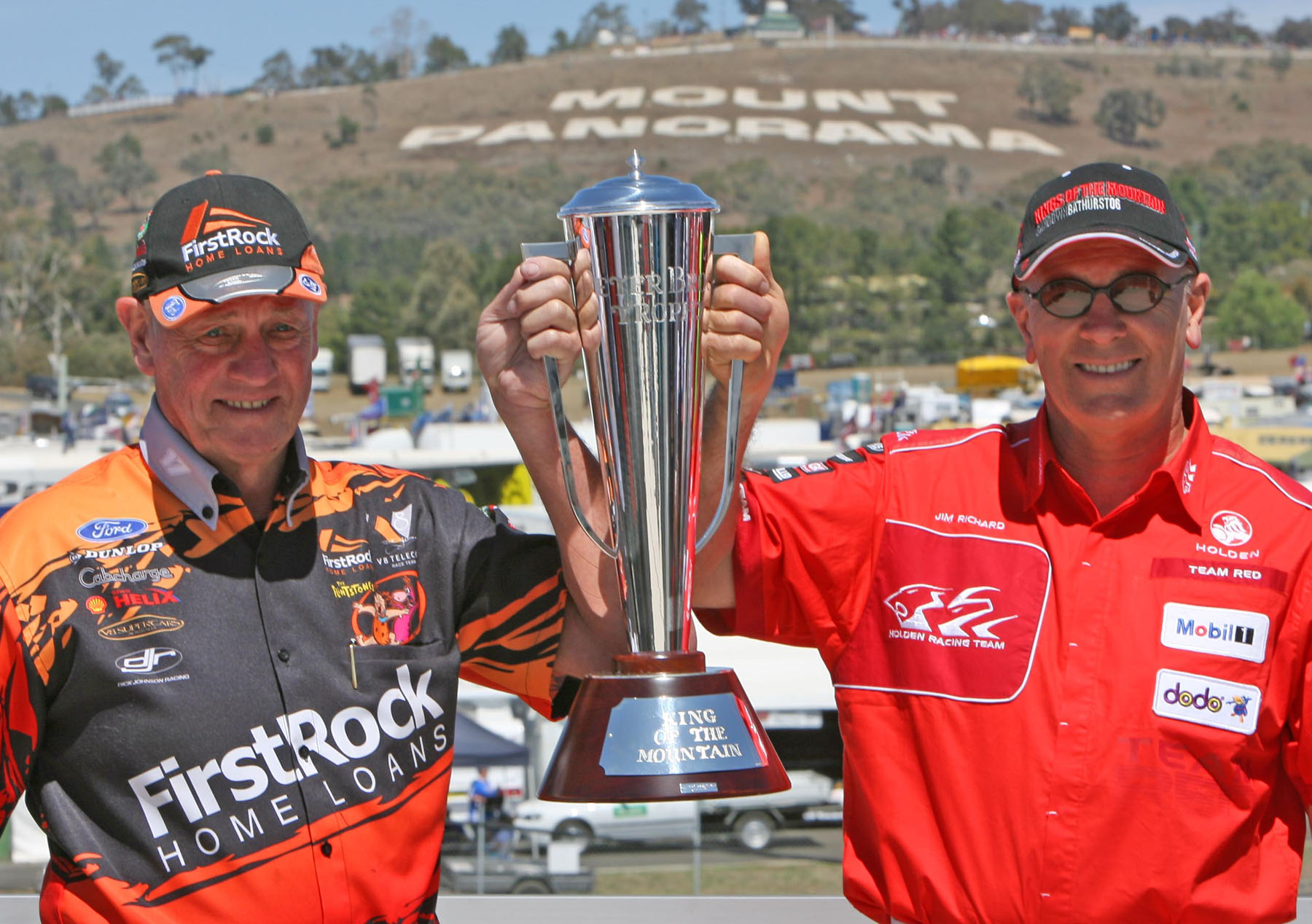 Comparing stars of different generations has always been a topic of interest when it comes to any sport.

In cricket, how does Steve Smith match up against the men who’ve dominated world cricket before him?

In global motorsport, how do you measure Lewis Hamilton against fellow seven-time Formula 1 champion Michael Schumacher, or superstars further back in time such as Ayrton Senna, Alain Prost, Niki Lauda and Juan Manuel Fangio?

Many sporting codes have a Hall of Fame, including the Australian Motorsport Hall of Fame.

The NRL has its exclusive Immortals club, which as it stands is limited to just 13 iconic players from its entire 113-year history.

Renowned author Luke West has put forward a similar concept for Australian motor racing, handpicking 10 greats to be set apart from the rest in our sport.

Outlined in his 2021-released book, The Immortals of Australian Motor Racing: the Local Heroes, those 10 just about span the Australian Touring Car Championship’s entirety, covering the 1960s through to modern day.

Between them, they’ve accounted for 36 ATCC/Supercars championships and have a tally of 51 Bathurst 1000 wins – albeit some of those being achieved together as a driver pairing.

Each have their own quirks and strengths, Brock being the undisputed King of the Mountain while Bond is one of the nation’s most versatile racers as the only driver to have won both the ATCC and Australian Rally Championship.

West takes readers through the journey, building an extensive case for each inductee.

The motorsport historian explained the decision to include 10 in his list, when there’s a clearer number for concepts undertaken with other sports – ie rugby league (13 in a team) and cricket (11 in a team).

“Thoughts of assembling a Supercars-sized grid of Immortals were quickly discounted on the grounds that grid sizes have fluctuated over the years and can differ from event to event and circuit to circuit,” West writes in the book’s introduction.

“Ultimately, it was decided the most appropriate number of chapters for this book was 10.

“Why 10? Well, that number has special significance in racing, first because one-lap, top 10 qualifying shootouts have been a feature of the sport down under since the 1970s, and second because finishing a race in tenth place is generally considered the minimum standard for an acceptable race result.”

On the topic of choosing his Immortals, West described it as a “daunting” task.

“Selecting all-time greats in any sport will always be a contentious undertaking, largely because it is impossible to objectively compare participants from different eras,” he wrote.

Among various factors he explains is the reliance on competitive machinery to allow drivers to showcase their talent, plus other variables from funding to team changes.

Successes in the championship and Great Race are considered a benchmark, with Perkins the only inductee not to have conquered both (he did win the Bathurst 1000 on six occasions, though).

Another consideration is the term “local heroes” to allow for the inclusion of those who don’t necessarily identify as Australian – Richards and Moffat hail from New Zealand and Canada, respectively.

West also notes he hopes the next lot of Immortals will include women, with female involvement in motorsport taking off in recent times.