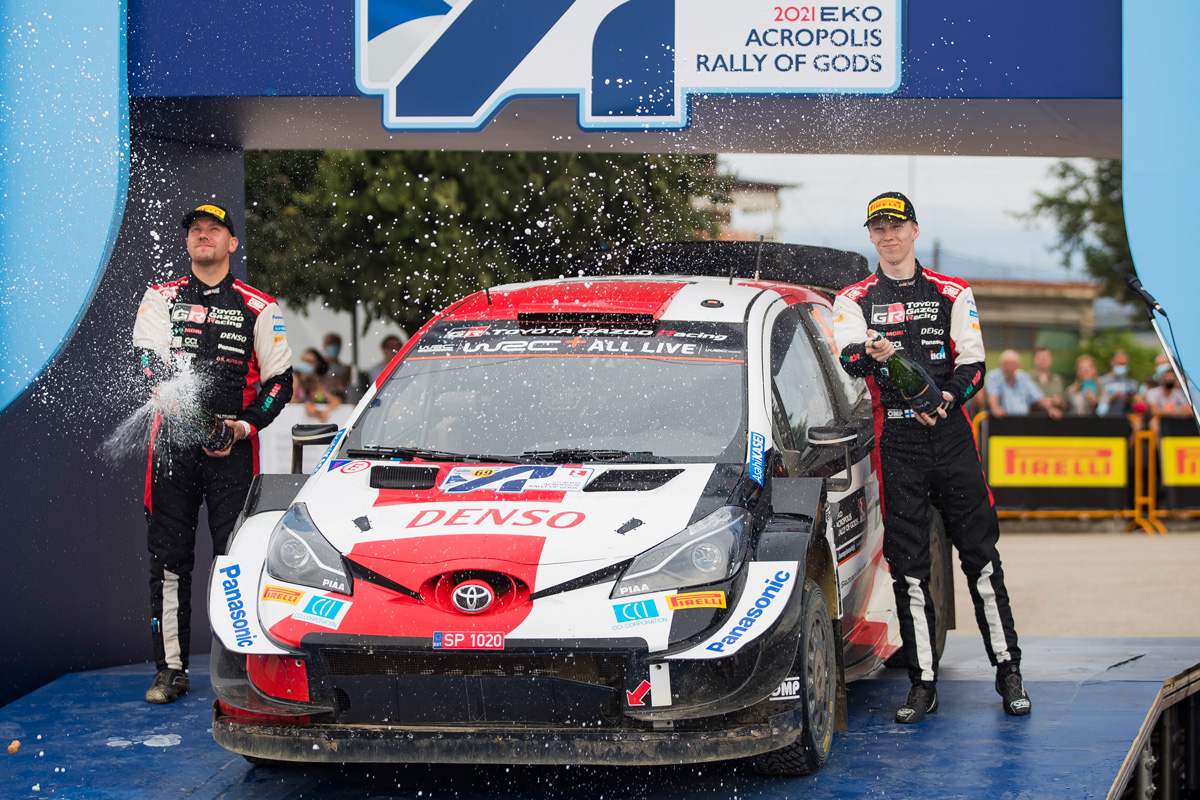 Just two months after becoming the youngest winner in WRC history, Rovanpera completed a dominant weekend at the Acropolis Rally.

The 20-year-old Finn ultimately finished 42.1s ahead of Ott Tanak, having led by just 3.7s at the end of Friday running before stretching his advantage.

“It was a really tough rally to be honest, a long week with a lot of stages to recce and long nights watching the videos, so I feel really happy to be at the finish with this result.

“I felt good on Friday already, and then we did some set-up changes to the car because the stages on Saturday were different, and I felt even better with the car.

“It came quite nicely, I could enjoy the driving a lot. A big thank you to the team, everybody did a great job and the car was running without issues.

“Hopefully we can take the same speed to Finland.”

Added Toyota team principal Jari-Matti Latvala: “This was a weekend where we didn’t expect to win.

“I was really happy to see the performance from the start from all of our drivers.

“Kalle especially showed amazing speed and it was great to see how calm and mature he was the whole weekend.”

Rounding out the podium was Sebastien Ogier, who is in the box seat for an eighth title having extended his lead atop the standings to 44 points.

“Sadly, we have had from time to time a recurrence of the same problems which upsets me,” he said.