Ricciardo: ‘You might as well just win, so that’s what I did’

Ricciardo: ‘You might as well just win, so that’s what I did’ 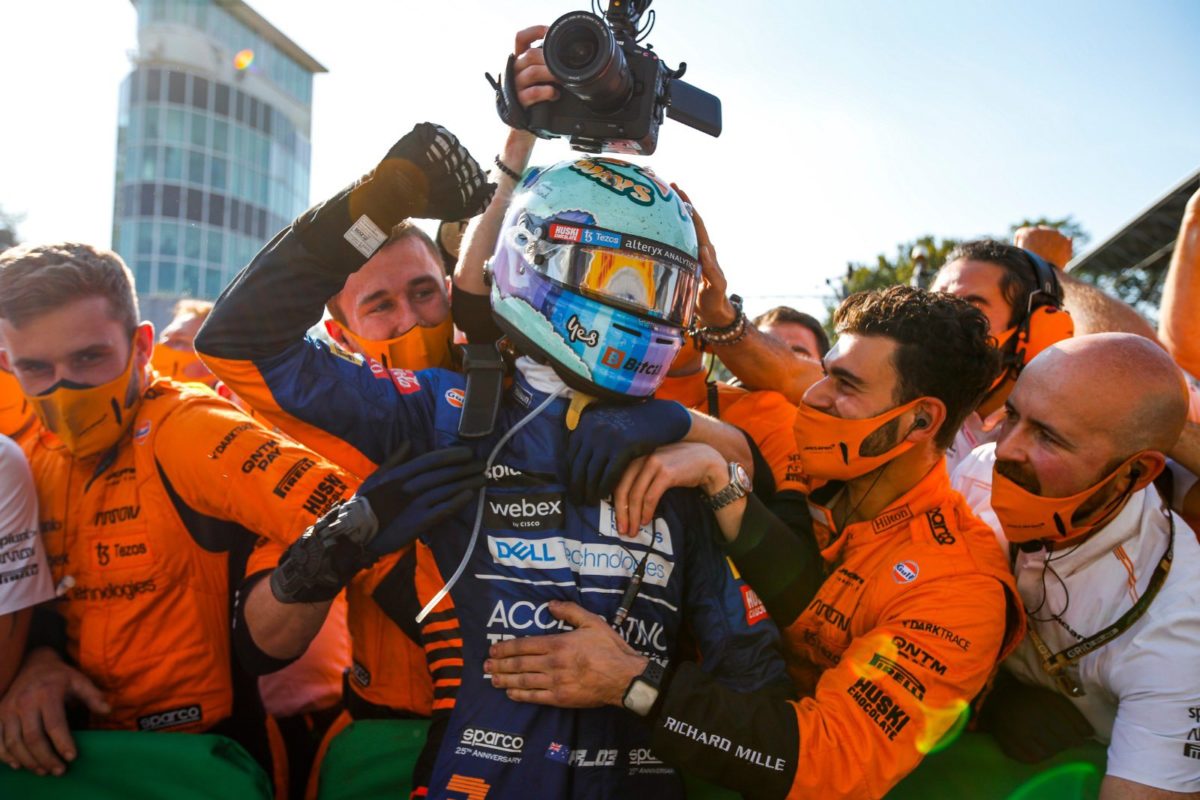 Daniel Ricciardo been left speechless after ending a more than 1200 day Formula 1 win drought at the Italian Grand Prix.

A lightning start saw him claim the lead ahead of Max Verstappen at the first chicane, holding the advantage throughout to take victory.

The result left the Australian struggling for words following the race, his first win since Monaco 2018.

Key to Ricciardo’s win was the move at the start, rounding Verstappen in a move reminiscent of that he pulled at the start of Saturday’s Sprint Qualifying to jump Lewis Hamilton.

“To be honest even if we got the start it was never a guarantee we’d lead the whole race, but was able to hold first out front [in] the first stint,” he explained.

“I don’t think we had mega speed, but it was enough just to keep obviously Max behind.

“There was Safety Cars, there was this and that but to lead literally from start to finish, I don’t think any of us expected that.

“There was something in me on Friday, I knew something good was to come.”

Ricciardo duly celebrated with his trademark shoey on the podium, flanked by Norris and McLaren CEO Zak Brown.

The result marks a remarkable turnaround in performance after a tricky opening to the 2021 season which saw him overshadowed by his team-mate.

Improved performances in recent races had suggested a return to form, the Monza performance underscoring that fact.

“I’ve just been a sandbagging SOB the whole year,” the 32-year-old jested.

“I mean thirds, fourths, fifths, you might as well just win, so that’s what I did!

“Honestly, the August break was good just to reset so I felt better the last three weekends,” he added.

“To not only win but to get a one-two, it’s insane. For McLaren to be on the podium, it’s huge, let alone one-two.”