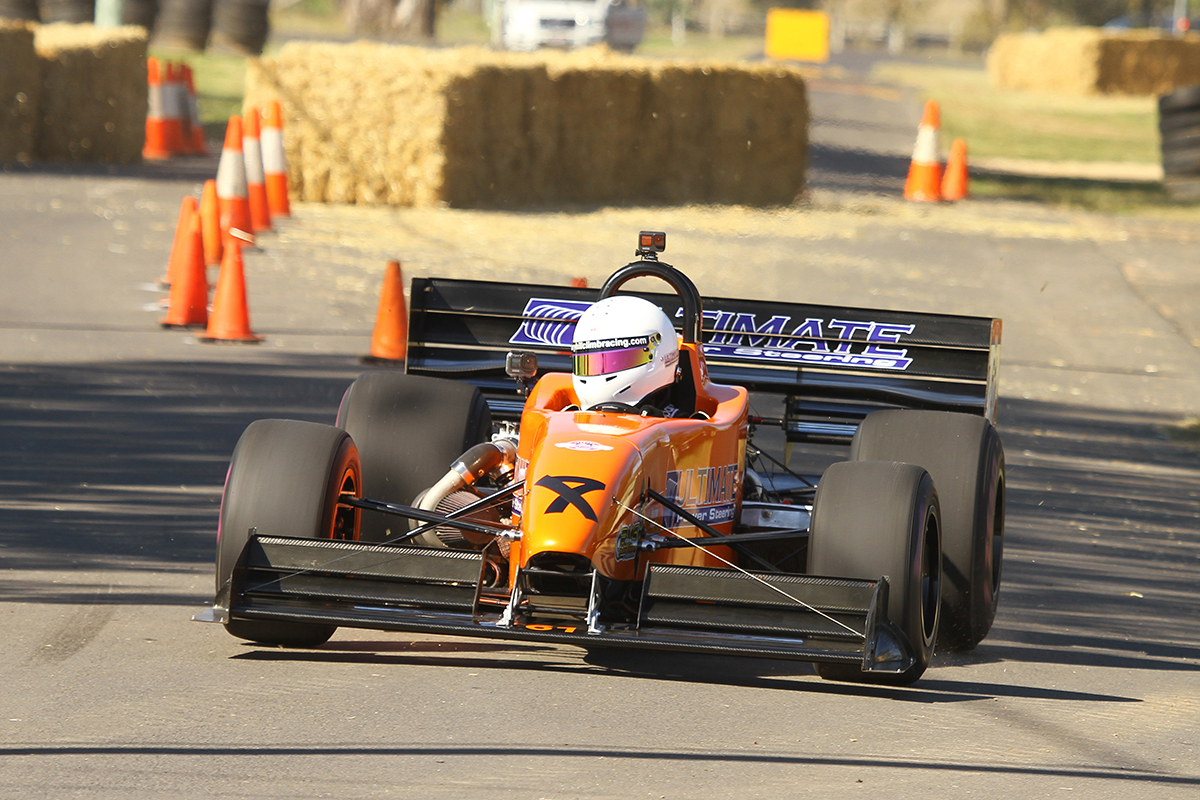 Warwick Hutchinson has won a fourth Historic Leyburn Sprints outright title thanks to a last-lap effort.

Hutchinson had trailed Brett Bull all weekend and it was the latter who laid down a 42.365s time on his ninth and final run in his Van Dieman single-seater.

However, Hutchinson still had one lap to come around the 1.0km Leyburn street course, and wheeled his Mazda rotary-powered OMS28 to a 42.271s.

He said after clinching a first victory since 2013 at the Sprints, “This trophy is close to my heart. I’ve been up here several times and it’s good to be back.

“Brett was in front most of the weekend and it was a really close battle. That was very satisfying to beat him on the very last run.”

Brad Stratton won the Historic class with a fastest time of 55.225s in a 1962 Elfin Mallala sports car.

Thomas Rath, driving a Suzuki Swift, claimed the Ann Collins Memorial Junior Award for setting the most consistent times among drivers aged between 14 and 17.

The event also saw Brodie Kostecki complete demonstrations in the Ford Fusion which Marcos Ambrose drove to the first victory for an Australian in a NASCAR national series. 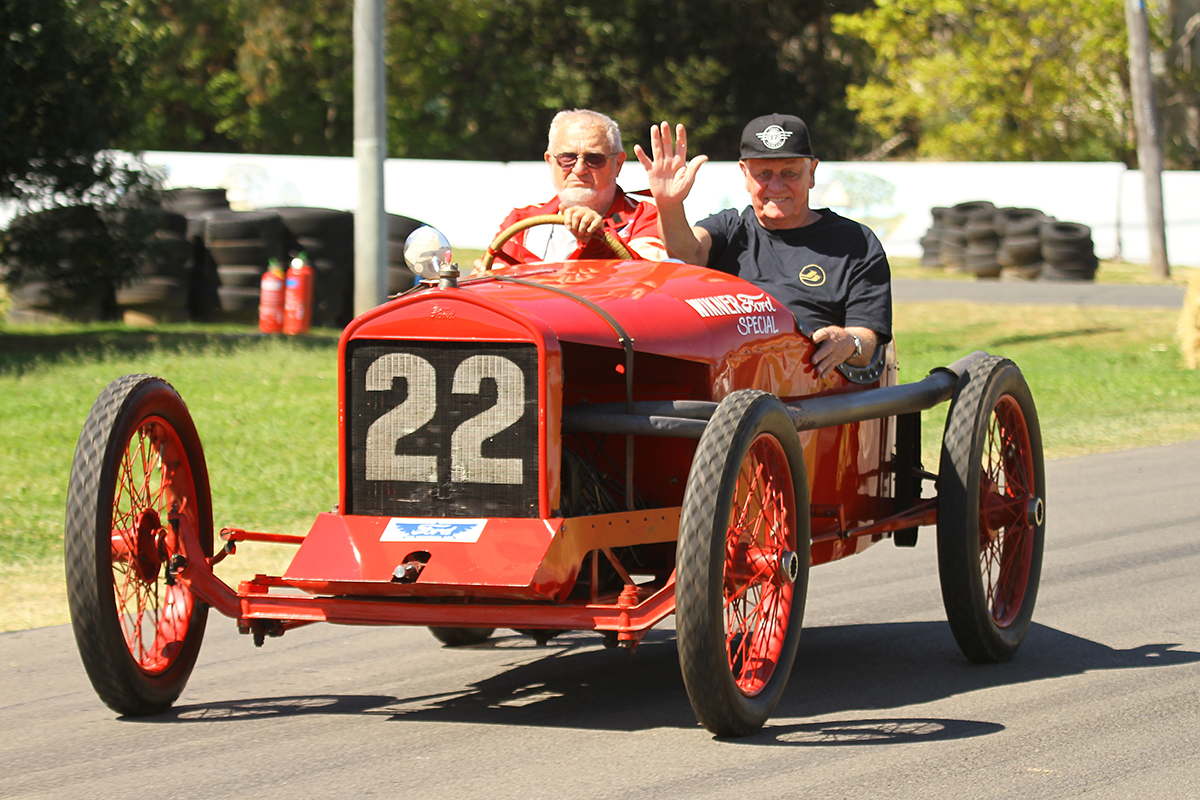 “Everyone loved the sound of the NASCAR – it revs to 9000 and sounds unique,” said Kostecki.

“It was great to see so many people and so many cars – quite different to what I’ve been doing.

“It’s been nice to sit a few kids in my car for photographs.”

Dick Johnson, who attended as a ‘Leyburn Legend’, was taken for a parade lap in Australia’s oldest race car, the 1922 Wikner Ford Special owned for 63 years by Doug Partington.

Steven and Jett Johnson were also in attendance, the latter competing in a Ford Escort, as was another Leyburn Legend in Ross Stone.

“I’m asking myself what have I been missing out on,” said Stone.

The Leyburn Sprints commemorate the Queensland town’s hosting of the 1949 Australian Grand Prix, and the 25th anniversary event was well-attended despite border restrictions keeping some would-be entrants away.

“We’ve faced some challenges in the past couple of years after having to cancel the 2020 event and postpone this year’s by three weeks, but there was no sign of that at the weekend – everyone seemed to have a great time,” said Sprints president Tricia Chant.

The event is set to return to its customary late-August date in 2022.