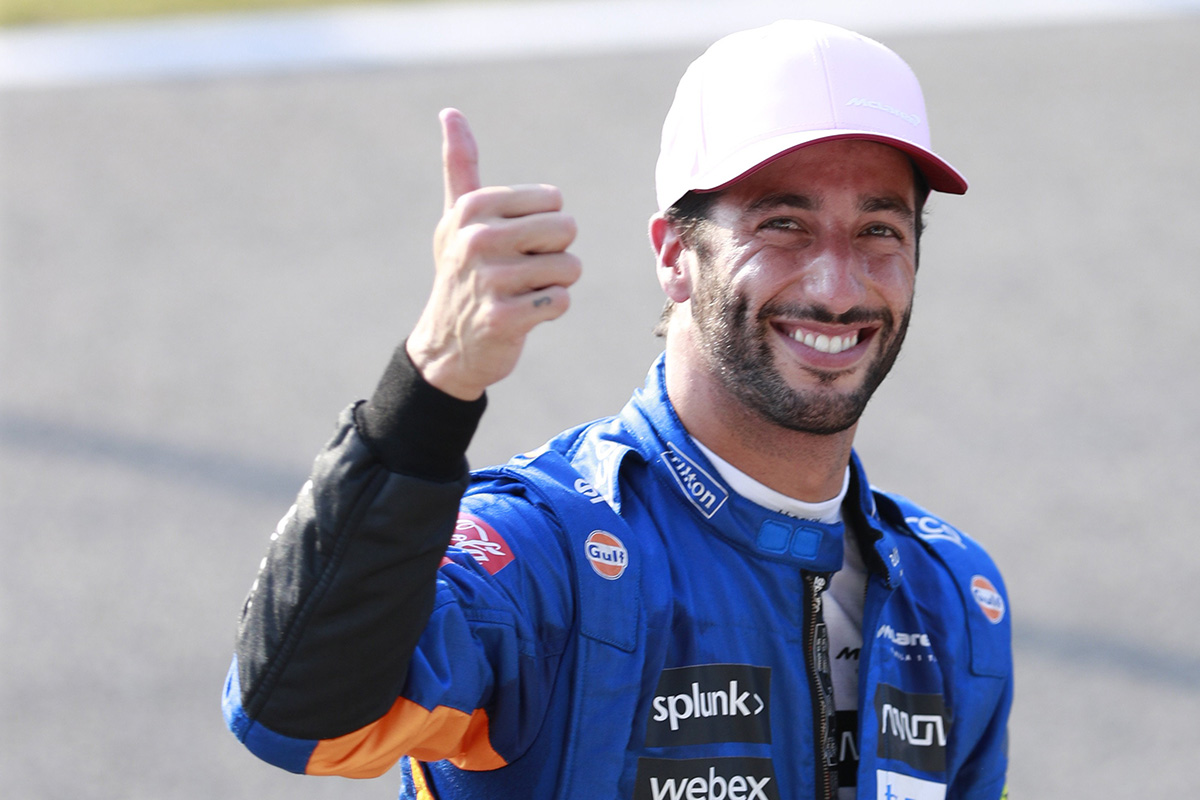 Second place on the grid for the Formula 1 Italian Grand Prix marks a high-water mark in Daniel Ricciardo’s tenure with McLaren.

The Australian had a troubled start to his time with the squad and was overshadowed throughout the opening half of the season by team-mate Lando Norris.

However, since the summer break there have been signs that Ricciardo has begun to recapture his front-running form, with the 32-year-old crediting the time away from the sport as the reason for his improved performances.

“I’ll confirm that tomorrow,” he said when asked by Speedcafe.com if his performances of late marked a return to form.

“We’ve only had a few races but so far, just second half the season, even if I take not even results, just me personally, like internally, I definitely feel a bit more comfortable and better within myself now.

“August was good to really just switch off for a little bit,” he added.

“It was hard to get that, and kind of step back and look from afar and kind of gain perspective.

“I think it’s definitely helped me return to a better form.”

That improved form has been reflected in the data, with team boss Andreas Seidl admitting the team had seen a difference since F1 returned in Belgium.

During the first half of the season, Ricciardo struggled to master the unique requirements of the McLaren MCL35M.

The Australian’s style of carrying speed through the corner was at odds with his new mount, a challenge which took him time to adapt to.

“We can see it in the data, and we see it in the lap times,” Seidl admitted when Speedcafe.com asked if Ricciardo’s improvements were visible.

“And you can see it also in his, let’s say, the way he’s coming across.

“Obviously he’s in a much happier place, which is normal for the guys when they see that they are back to the performance they expect from them themselves.

“As Daniel said, I think the break going away from the sport for some weeks was healthy for him and helped him to then jump back into the car in Spa and be in a much better place compared to before the break.

“It’s good to see that all the hard work, they all have put in together as well, first half of the season in the end is paying off now as well.”

Ricciardo will tonight start from second place on the grid for the Italian Grand Prix, his first front row appearance since the 2018 Mexican Grand Prix.

Tonight race gets underway at 23:00 AEST.