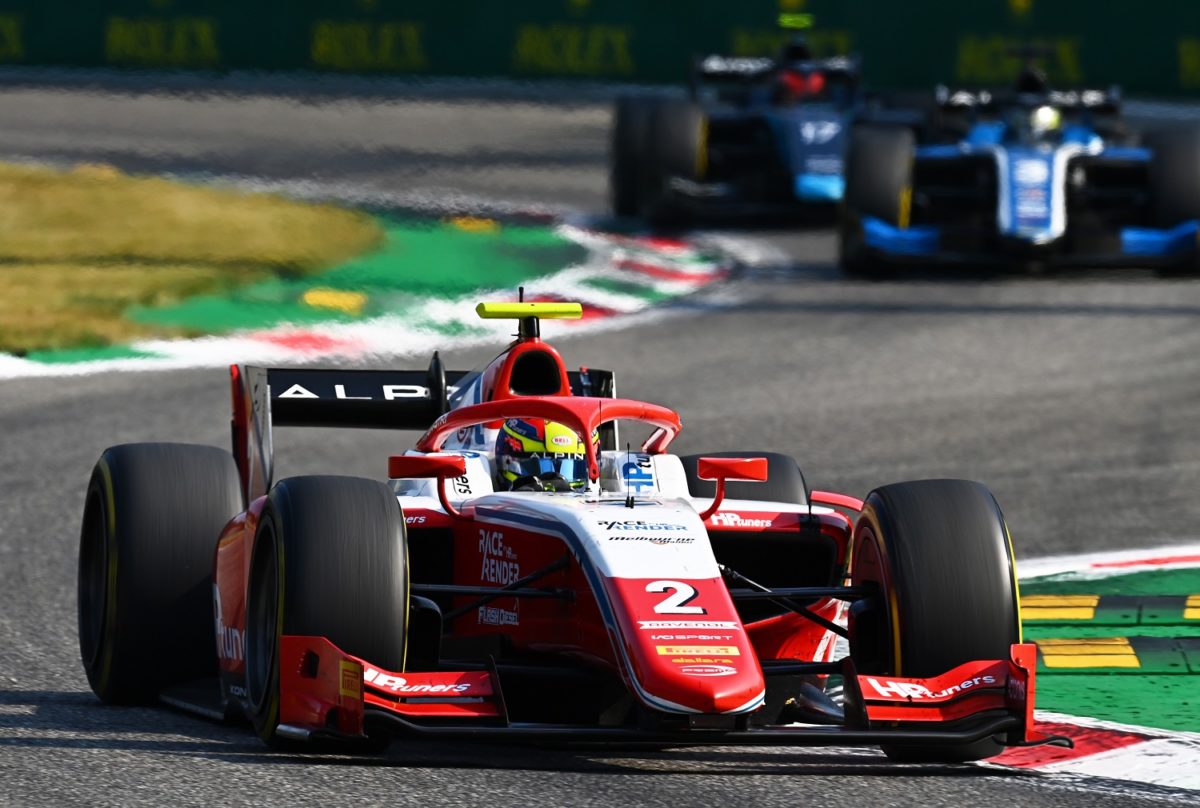 Oscar Piastri has converted pole position into victory in the Formula 2 Feature Race at Monza, extending his championship lead in the process.

The Australian headed fellow Alpine Academy member Guanyu Zhou to the flag in the 30 lap race, the podium completed by Dan Ticktum.

“I couldn’t be happier,” Piastri said.

“It was a very trick race with a few Safety Cars.

“I had a lock up at the end that nearly undid all my hard work, but we held on, and our pace was really good besides that.

“A big thank you to the team,” he added.

“We made some good improvements from yesterday and our pace was really strong.

“It feels awesome. It’s another box ticked off in my rookie year, so I am very happy.”

A strong start for Piastri saw him hold his advantage off the line, while Zhou and Liam Lawson made ground over Jehan Daruvala.

Piastri quickly extended an advantage out front, while Lawson jumped Zhou to climb to second.

Another Safety Car was called to clear Juri Vips’ car, Prema calling the race leader into the pits while Ticktum remained on track.

The Aussie rejoined eighth, followed by Zhou and Daruvala while Lawson lost ground in the cycle.

The Kiwi’s race didn’t last much longer as he was forced out when the in-car fire extinguisher went off.

That triggered a third Safety Car and offered those who’d not stopped earlier something of a free kick.

Ticktum was among them, swapping onto a new set of soft tyres to rejoin 11th, before storming through the field.

Through that sequence, Piastri has resumed the race lead, but had Zhou for company, the former forced to defend into the second chicane to hold his advantage.

Having climbed to third, Ticktum’s charge was halted by a Safety Car, the fourth of the race, trapping the Brit in third as the chequered flag fell.

It marked Piastri’s second win of the season, having been successful in Bahrain in just his second F2 start.

With 29 points for Sunday’s race added to the 12 he amassed on Saturday – having finished fourth and seventh place in the weekend’s earlier races – the Melburnian now enjoys a 15-point margin over Zhou with three rounds remaining.

The next of those takes teams to Sochi in support of the Formula 1 Russian Grand Prix.