Marquez’s body ‘not ready’ for ‘full attack’ on Aragon MotoGP

Marquez’s body ‘not ready’ for ‘full attack’ on Aragon MotoGP 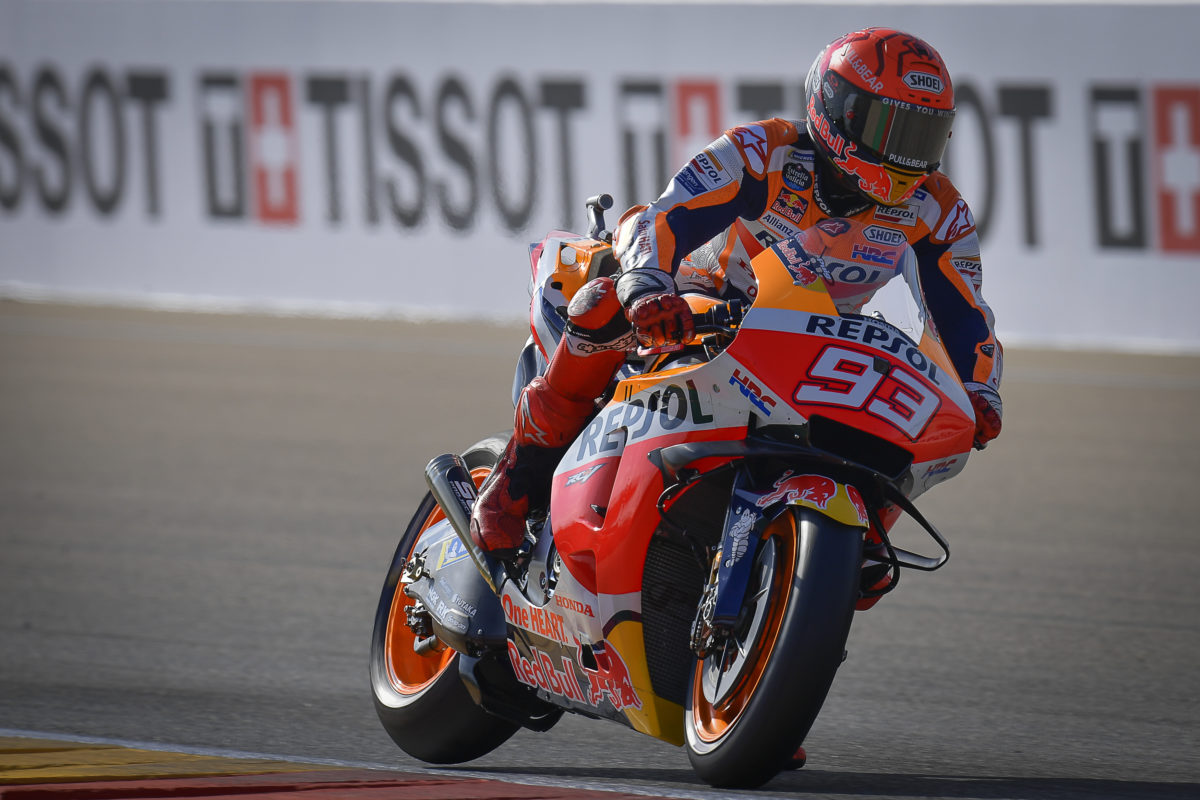 Marc Marquez admits he is probably not physically capable of an all-out assault on the Aragon MotoGP despite qualifying fourth.

MotorLand Aragon, being a rare anti-clockwise circuit on the calendar, should be kinder to the Spaniard than most tracks.

Given it is predominantly left-hand corners, Marquez needs to more often lean into the good side of his body than that which is still weak from last year’s badly broken right arm.

That was also the case at Germany’s Sachsenring, the only other anti-clockwise circuit MotoGP has visited so far in 2021, and where his 11th straight victory (in all classes) is also his only podium of the season to date.

This weekend, the six-time premier class champion has topped Free Practice 1 and Free Practice 4, the latter of which tends to be used to refine long-run settings, while fourth on the grid is his best qualifying performance since returning from injury.

However, he cautioned, “The pace is there, the lap time arrive easy, but my body’s not ready to be 23 laps full attack, so let’s see.

“At the moment, I’m riding well, this is important, the speed is there, but the race is long.”

Notwithstanding crashes in Free Practice 2 and Free Practice 3, Marquez has been one of the more impressive riders so far this weekend at Aragon.

In addition to setting the very fastest lap of FP4, he was able to circulate consistently in the low- to mid-1:48s across two runs, suggesting good race pace.

“Today, we finished fourth; the main goal, the main target, we achieve it, [and] that was the second row,” said Marquez.

“It’s true that in FP4 I felt really good with the used tyres.

“On a single lap, it’s a bit more difficult but anyway, I was able to ride in a good way, so, [I am] happy, and tomorrow, let’s see.

“First of all, understand my condition, and then let’s see if we can fight for the top group in a race during all the laps.”

Race start at Aragon is scheduled for 22:00 AEST.