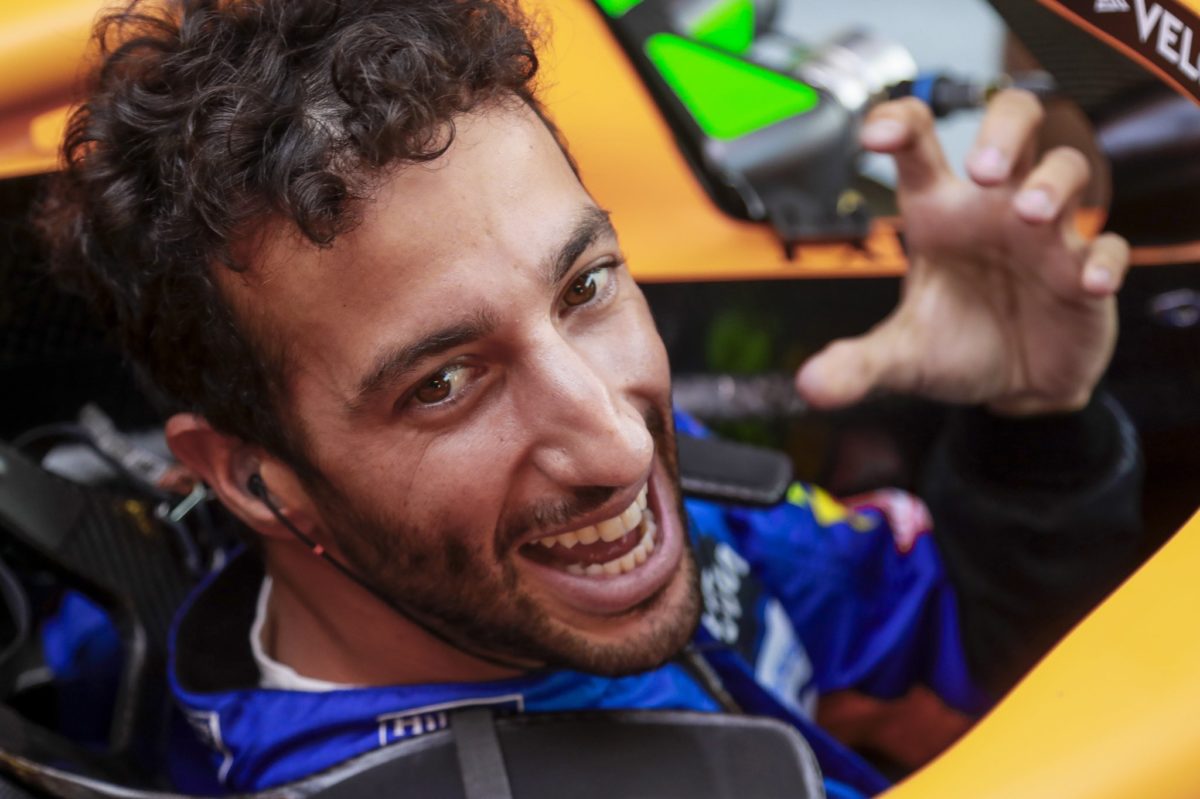 Daniel Ricciardo has admitted he’ll allow himself to dream of victory in the Formula 1 Italian Grand Prix after securing a front row starting spot for Sunday’s race.

The Australian charged to third behind Valtteri Bottas and Max Verstappen in Saturday’s 18-lap Sprint Qualifying encounter at Monza.

That translates to second on the starting grid on Sunday as penalties for a power unit change drop Bottas to the rear of the grid.

“It’s been a while since a front row, so thanks to Valtteri for that,” he joked following Sprint Qualifying.

“I’m happy but yeah, we’ve got the big one tomorrow.

“I think I’ve done the job today, you know; tick the box to get me in a better starting spot.”

A solid start saw Ricciardo move to third from fifth by the time the field had navigated its way through the opening chicane, rounding the outside of Lewis Hamilton and Lando Norris.

He then held station for the balance of the 18-lap affair, which included a three-lap interruption by the Safety Car after Pierre Gasly crashed at Curva Grande on the opening lap.

At the flag, he was 14.5s down on Bottas, and more than 12 seconds away from second-placed Verstappen, though the McLaren driver was unsure whether that deficit was a result of outright pace or tyre performance.

Ricciardo completed Sprint Qualifying on the soft compound tyres, while those ahead opted for mediums.

“They were pretty good actually,” he said of the red-walled tyre performance, which Pirelli tipped to have a life expectancy of 15 laps.

“Obviously [we] had a Safety Car, which took a few laps out of the race but generally it was pretty decent.

“These guys pulled away [Bottas and Verstappen] and you don’t know if there’s any tyre in that or if that’s just their car speed.”

With a front row start, only McLaren’s second in nine years, Ricciardo admitted he’ll allow himself to dream of victory tomorrow.

“I’ll probably dream a little bit about it tonight,” he said.

“But I mean, I’m ready to make that a reality for sure.

“I know a few things might have to swing in our favour tomorrow, but we’ve certainly put ourselves in the fight.

“So yeah, very excited to get going with that and try to make some good stuff happen.

“We’re there or thereabouts. I’m hungry.”