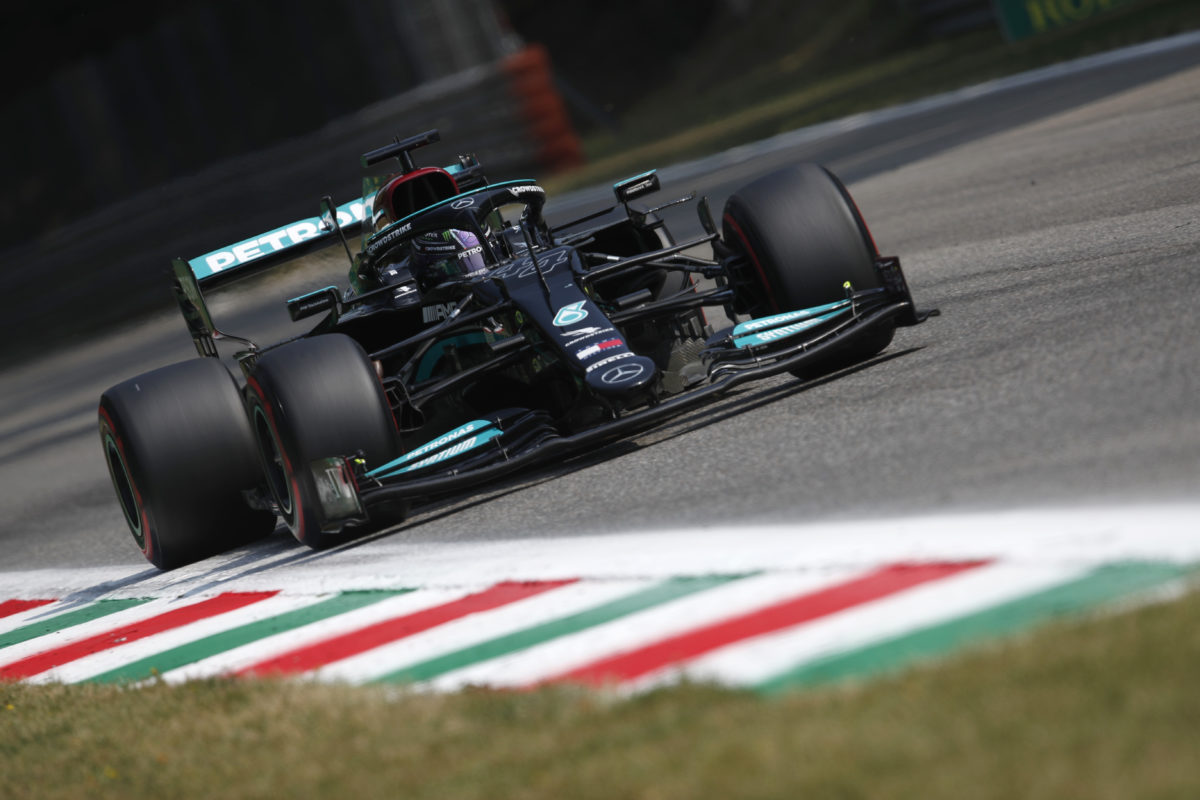 A subtle clutch error at the start of Saturday’s Sprint Qualifying session at the Formula 1 Italian Grand Prix saw Lewis Hamilton fall from second to fifth.

The Mercedes driver was slow to get away, and lost out to the McLarens of Daniel Ricciardo and Lando Norris in the opening exchanges.

He then followed Norris for the balance of the encounter, often within DRS range but never close enough to strike.

“The start was just, broke away [on] traction,” Hamilton explained.

“Subtle, like two millimetres too deep with the clutch paddle and [I got] wheelspin. That’s it.”

Once behind Norris, Hamilton was never able to mount a serious challenge to recover the lost ground.

“I was being aggressive as I could be,” the seven-time champ said.

“They were just as fast in the straights [as us], if not faster.”

During practice, Mercedes looked to be the class of the field, though Hamilton in fourth will be the highest placed of the factory cars.

Valtteri Bottas, despite claiming Sprint Qualifying, will fall to the rear due to penalties for a new power unit taken before qualifying on Friday.

With McLaren having shown solid form this weekend, Hamilton is not optimistic of his chances of victory.

“Tomorrow is highly unlikely, but not impossible, that we could get the win,” he said.

“We of course will be working as hard as we can to try.

“I think it’s damage limitation at the moment,” he added.

“It generally should be a relatively easy race for Max [Verstappen], unless I can get past the two McLarens early on and then challenge him.”