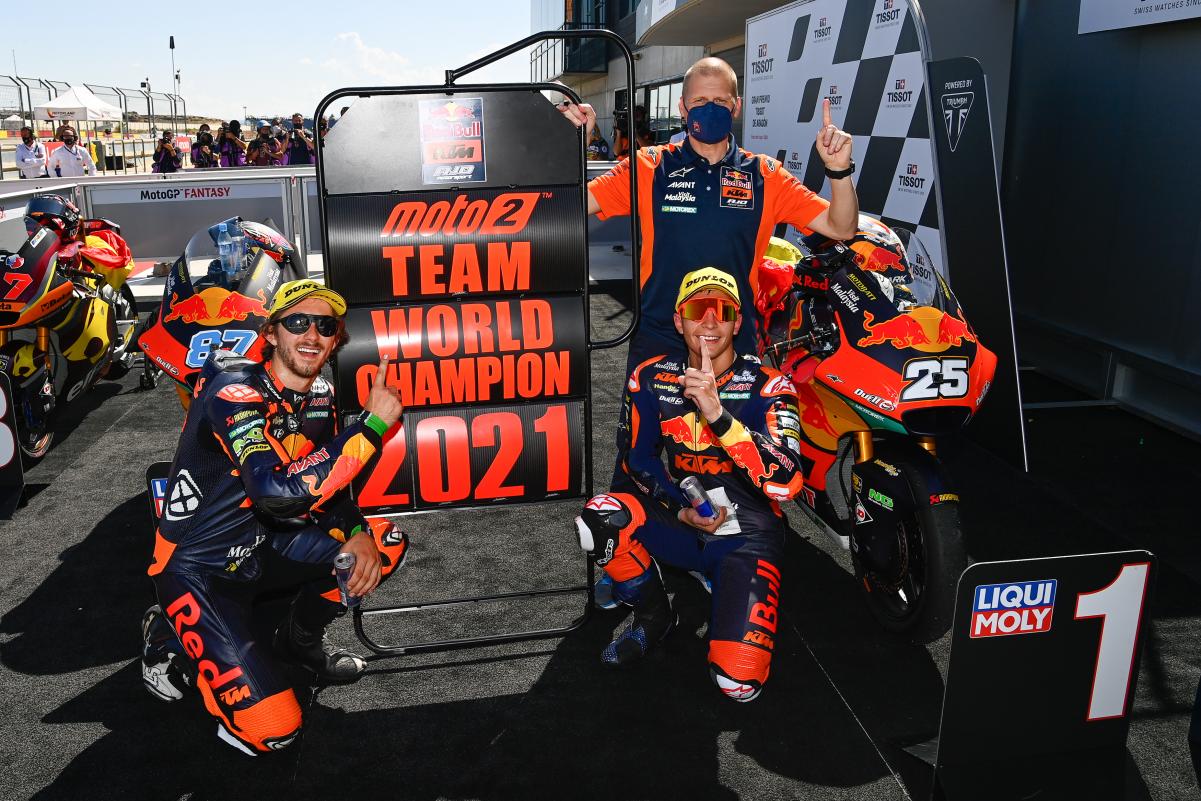 Remy Gardner and Red Bull KTM Ajo team-mate Raul Fernandez will both get an early test on the Austrian marque’s MotoGP bike in coming days.

Gardner and Fernandez have collectively dominated the 2021 Moto2 championship so far and both are on their way to the premier class in KTM’s satellite team, Tech3, next year.

However, neither will have to wait until November’s post-season test at Jerez to ride the RC16 for the first time, instead being granted half a day each at Misano next week.

“Yeah, I said it in the interview, so yeah, we… I don’t know if KTM had made the announcement or not, but it’s done now so I might be getting my balls chopped off later,” laughed Gardner in the post-race press conference at Aragon.

“Yeah, Wednesday, we do half a day, two sets of tyres, and yeah, it’s like a little treat for us, I guess, so it should be fun; can’t wait.”

The test will take place after Fernandez led Gardner to a one-two in the Aragon Grand Prix, a result which clinched the teams’ championship for Red Bull KTM Ajo.

“We did a great championship and I’m really happy to try MotoGP; it will be a nice experience,” said Fernandez.