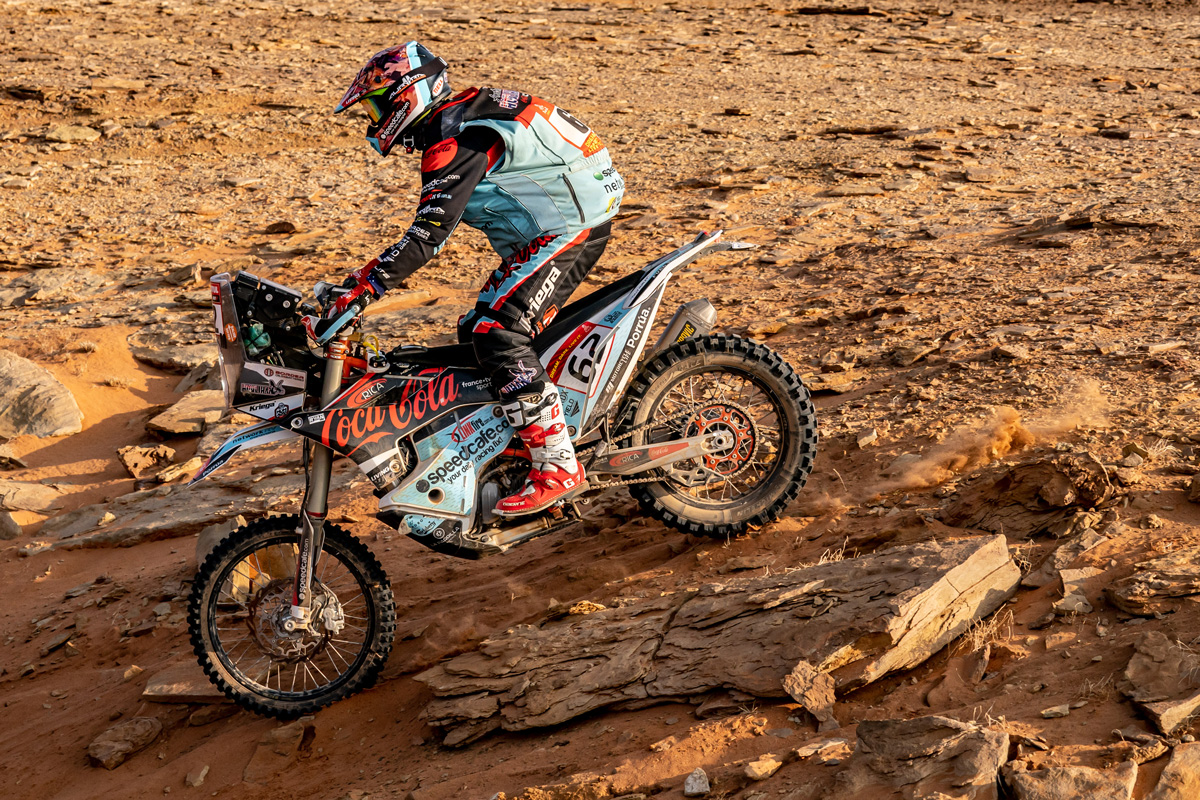 Speedcafe.com will renew its partnership with Australian rider Andrew Houlihan for next year’s Dakar Rally in Saudi Arabia.

Now extended to a second year, the relationship will see Houlihan carry Speedcafe.com branding on his bike and personal riding gear for the scheduled January 2-14, 2022 event.

Following Houlihan’s Dakar debut in January 2021 where he finished 50th in the bike section, the Albury native was recently approved for his second appearance with Nomadas Adventure.

Houlihan achieved his personal milestone of a Dakar finish despite him breaking his wrist at about the midway point of this year’s rally.

Houlihan is on the road to recovery again after a high-speed training accident in July where he came off his bike at close to 160kph (100mph) on private dirt tracks having struck two kangaroos on a blind-rise.

While the impact broke his 890 KTM Rally in half, Houlihan is working hard to put himself in the best possible position for next year’s Dakar event.

“I’m thrilled to welcome Speedcafe.com back onboard for the 2022 Dakar Rally,” said Houlihan.

“The Dakar Rally is one of the most gruelling events in the world and there are so many elements to get a programme together to compete so I’m really grateful for the sponsorship from Speedcafe.com.

“Sure, the training crash was a setback for preparations, but I am striving to be as fit as I can be by the time we have to head over to Saudi Arabia.

“We have been working really hard these last few weeks and soon everything will take another step up as the months draw closer.”

Once again Houlihan will provide Speedcafe.com readers with a true ‘fly on the wall’ insight into the Dakar Rally with a daily diary from the desert. 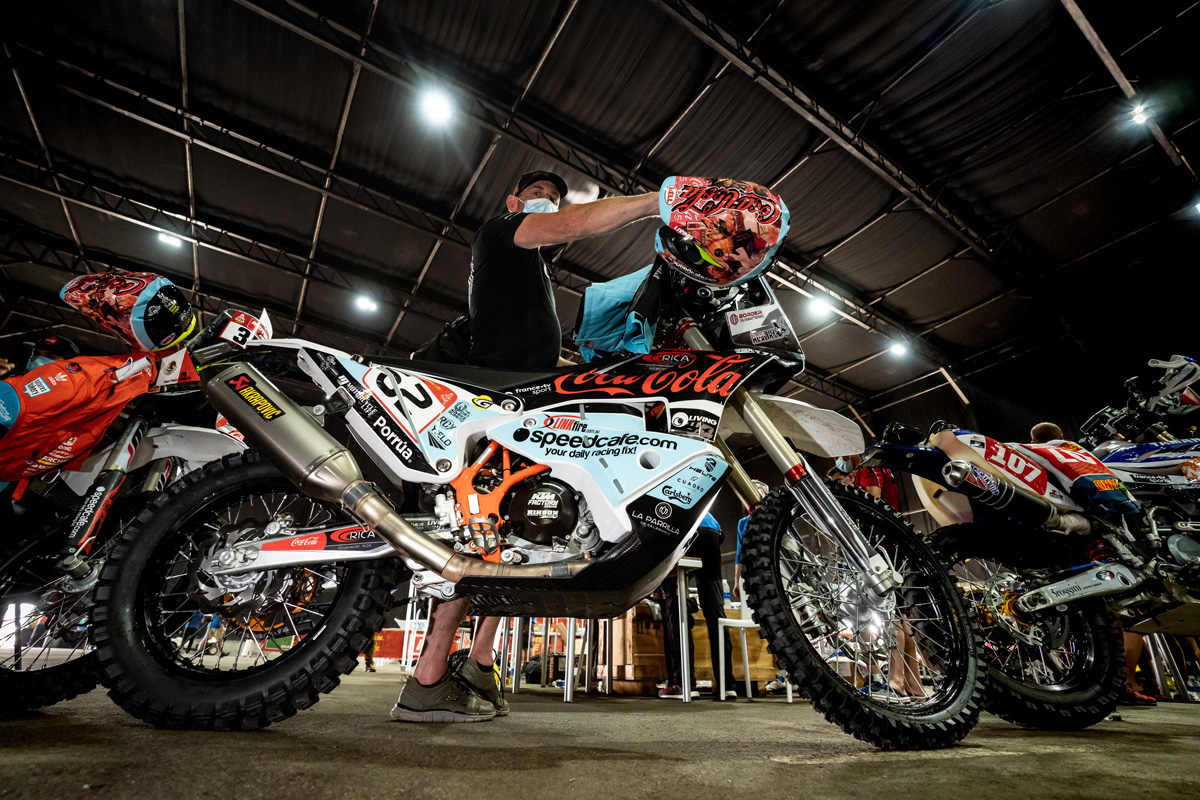 Over the years Speedcafe.com has been involved in some of the world’s biggest motorsport events including the 100th Indianapolis 500 where the site was a major support sponsor for the Pirtek Team Murray entry driven by Matt Brabham.

Speedcafe.com owner and founder, Brett ‘Crusher’ Murray said Houlihan embodies the ‘Dare to Dream’ motto that his team’s 2016 Indy 500 programme was built on.

“We are delighted to be a part of Andrew’s Dakar Rally journey again in 2022,” said Murray.

“Andrew’s continued recovery from his training crash is an inspiring story and as he ramps up his preparations ahead of Dakar it is quickly becoming one of the best Australian sport stories this year.

“We both went to the same school in Albury and with thanks to my cousin Bobby I have followed Andrew’s career closely over the years.

“Completing his first Dakar Rally this year was an incredible achievement and one that every Australian sports fan should be proud of.

“Given KTM is a Platinum Partner of Speedcafe.com it really is a great fit with Andrew competing on KTM machinery.”

At Dakar, Houlihan will be riding a new KTM 450 Rally.