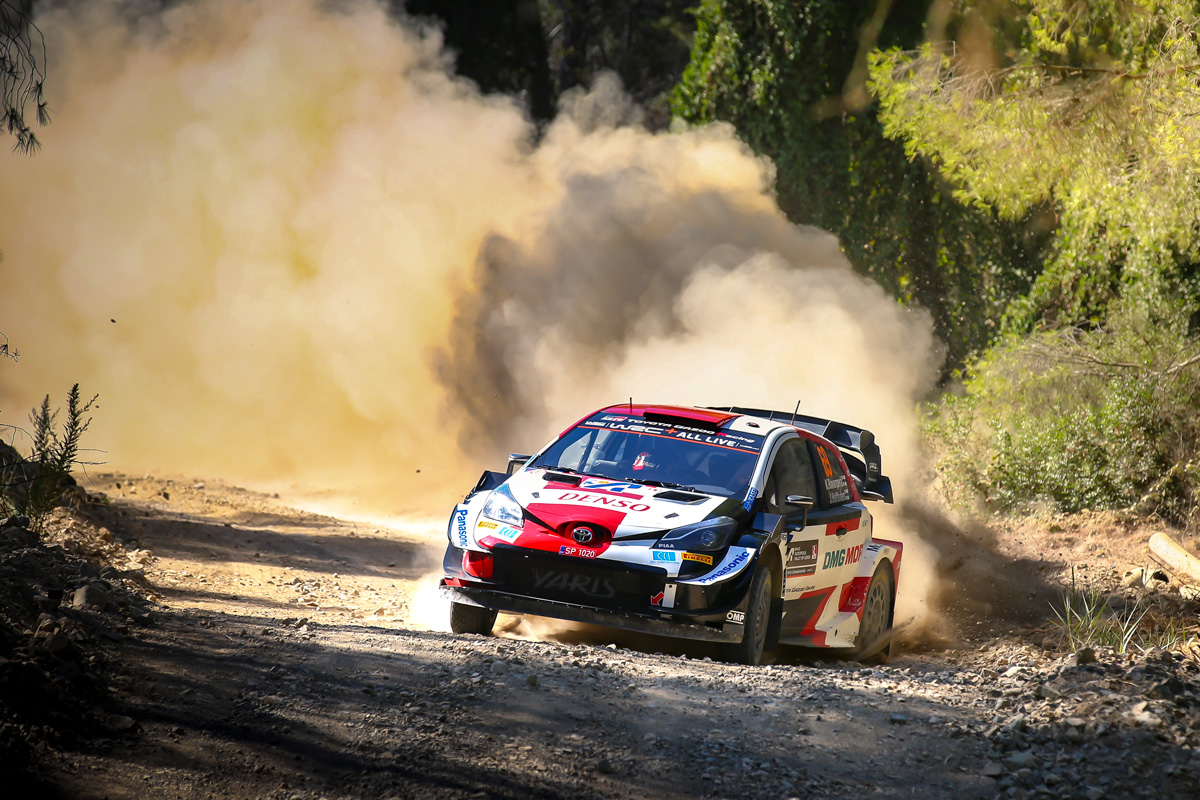 Toyota young gun Kalle Rovanpera is at the front of a tight battle pack for the lead after the first full day of running at the Acropolis Rally Greece.

The 20-year-old, who is the youngest ever World Rally Championship event winner, is just 3.7 seconds ahead of Hyundai ace Ott Tanak, with 2021 points leader Sebastien Ogier merely 0.2 seconds further adrift.

“It was a nice day today. We started more carefully, but then I could push a bit more and was enjoying it,” said Rovanpera.

“It was really challenging conditions, with quite a lot of cleaning for us once others dropped back and we were running second on the road.

“Tomorrow is going to be a completely different story after the weather we had earlier in the week: there is one stage that we did the recce for almost completely in fog, so it was really difficult to make the pacenotes, and there could be more grip changes and damp places.”

In good news for Ogier, his nearest two championship rivals both struck trouble on the opening day.

The Belgian is buried even further down the order, sitting 18th and more than six minutes adrift of Rovanpera. 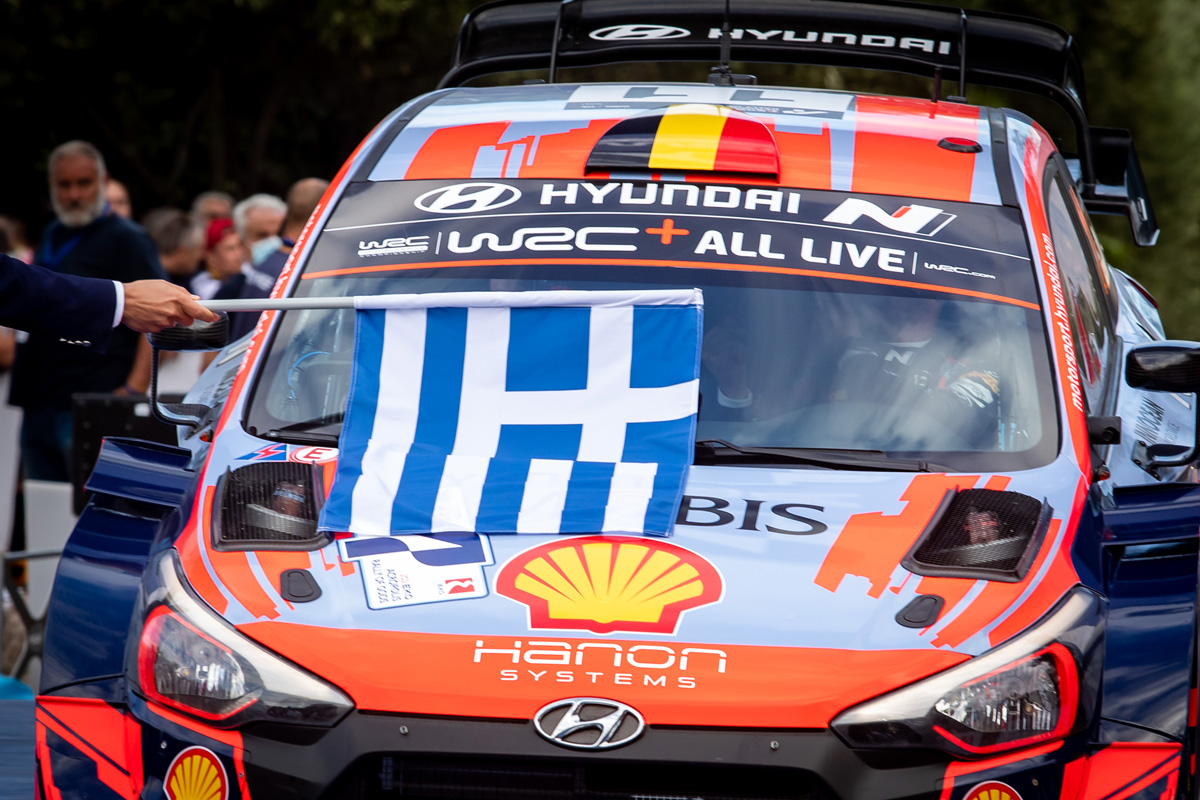 The Hyundai of Thierry Neuville

“We have had a lot of problems, so it’s been a bit of a day to forget,” lamented Neuville.

“We got hit by electrical trouble from the start this morning, and then had an issue with a leaking power steering.

“I was more of a mechanic than a driver at times today. We realised there was an issue in the tyre fitting zone, and our one goal was to repair the damage. We just didn’t have enough time.

“We managed it in the end, and I am proud of the job that we did to fix the car in time for the final two stages. Our only hope now is to try and catch back P7, or possibly P6, that’s about the best we can do.

“It’s going to be tough but we’re going to do our best and keep our motivation high until the end.”

Dani Sordo (Hyundai) and Adrien Fourmaux (Ford) round out the top five as it stands.

The Greek gravel rally is the fourth-last on the 2021 calendar.