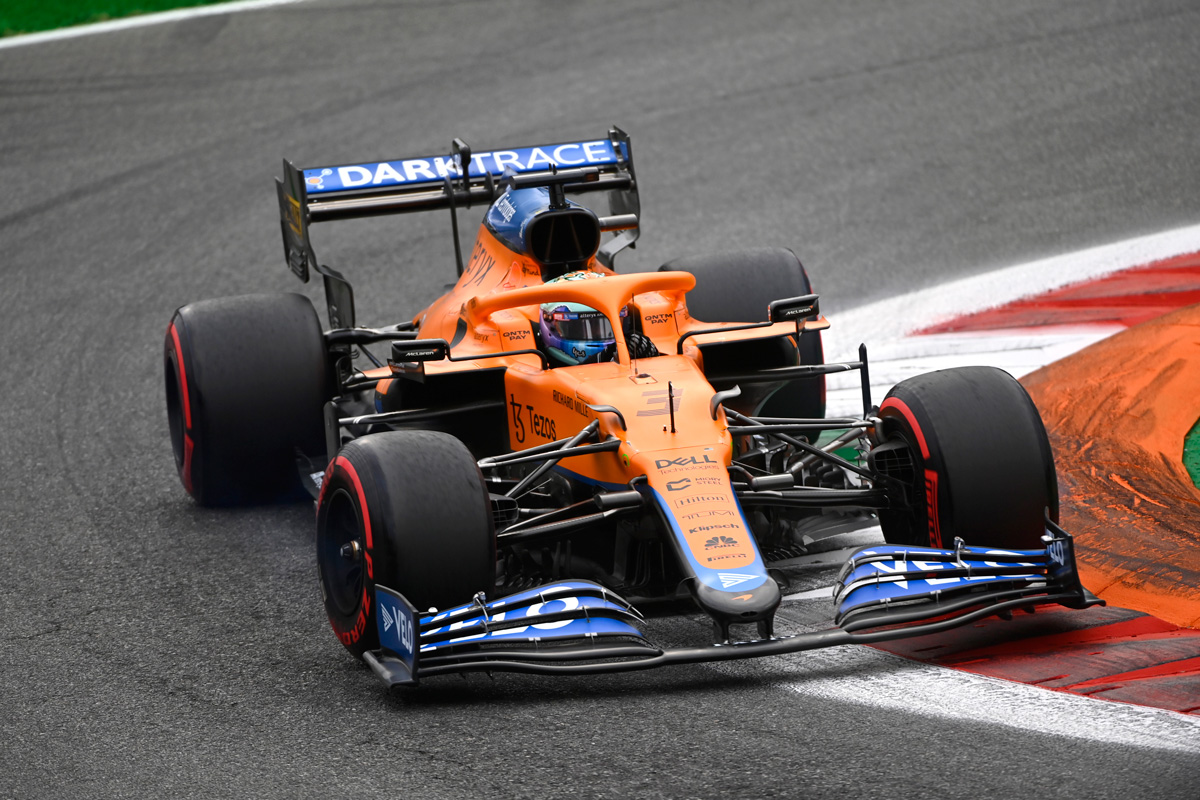 Daniel Ricciardo has continued his strong recent form by taking fifth in qualifying for the Formula 1 Italian Grand Prix.

With the Sprint Qualifying format in action this weekend, there’s one more step to go before starting Sunday’s race at the pointy end of the field.

Regardless, the effort marked Ricciardo’s best dry qualifying result of the year and follows back-to-back events in which he outqualified in-form McLaren team-mate Lando Norris.

Ricciardo though was left wanting even more, having been within three hundredths of a second of claiming third – Red Bull’s Max Verstappen, and Norris were just ahead in a Q3 session dominated by Mercedes.

“From a general standpoint, I’m happy,” said the Australian.

“We were fast and were fighting for top three on the grid, so I’m happy we had the potential to do that.

“But I’m so frustrated that we got that close but not quite close enough.

“It was more of a tease than anything, but it’s all good.

“I think the team performance was great. We didn’t put ourselves in a difficult situation with any of the out-laps and I was in the right places in terms of track position, we had good tows.

“My only frustration is that it’s so close and, unfortunately, I was on the wrong side of the milliseconds. It is what it is and I’m now looking forward to the racing.”

“I’m satisfied with today – we’re back in a much better position after last weekend, and we seem much more competitive,” he said.

“I think it’s the perfect start to the weekend. There was a possibility of being P3 if I’d put the lap completely together – but one small mistake, I think, cost us.

“It’s a bit of a shame that I missed out on it, but fourth still puts us in a very good position compared to the people we’re really racing against and battling with this weekend and for the Championship.

“I’m happy – and it’s a good way to bounce back after last week.”

McLaren scored just one point last weekend at Zandvoort, losing significant ground to Ferrari in their battle for third in the constructors’ championship.

“We had a difficult event last weekend, so it’s encouraging that we could bounce back immediately and put ourselves in a good position to score well here at Monza,” added McLaren executive director of racing Andrea Stella.

“There’s a lot to do before that, with Sprint Qualifying tomorrow following a final practice session.

“We need to keep working hard, keep thinking and optimise all of the variables still within our control to ensure we can maximise our opportunity.”