O’Ward on the brink of making IndyCar history

O’Ward on the brink of making IndyCar history 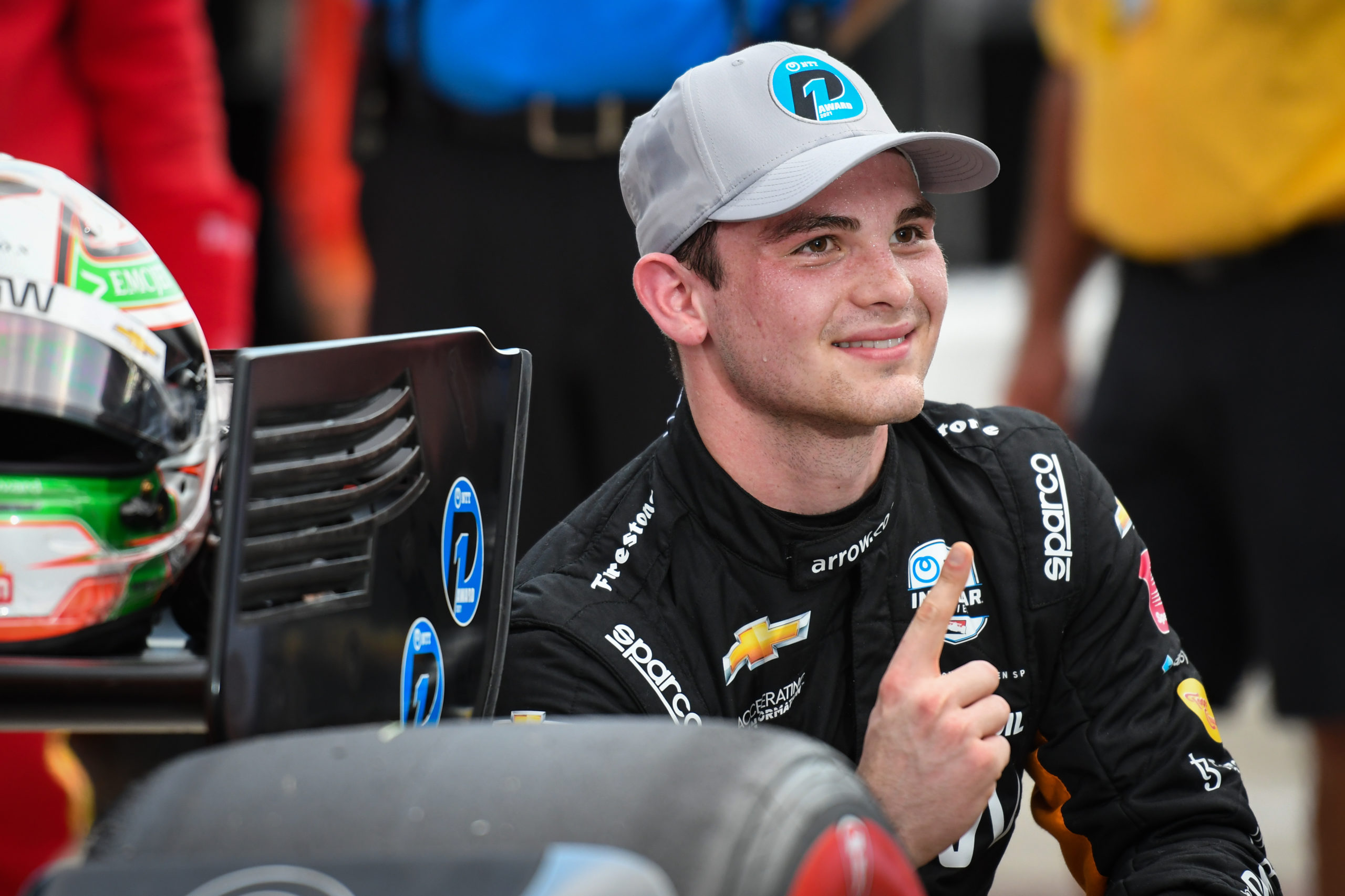 In only his second full season, the McLaren SP driver is on the verge of becoming the first Mexican to win the series crown.

It’s been a sensational year for O’Ward, who leads the way with just three rounds remaining – all of which will unfold this month.

O’Ward made his debut in the final race of the 2018 season; then came a part-time campaign in 2019 with Carlin before switching to Super Formula mid-season having signed to Red Bull.

The Red Bull dream lasted just a matter of months, with a change to the Superlicence points system cruelling his Formula 1 chances.

“It didn’t end up working out because things were out of our control. It was nothing that Red Bull or I could actually doing anything about,” O’Ward told Speedcafe.com.

He subsequently returned to IndyCar via McLaren SP, standing out as he claimed four podiums on his way to fourth in the 2020 standings.

Now, he holds sway in this year’s title race having scored two wins and three further podium finishes in a hotly contested season.

For O’Ward, the thought of becoming the first Mexican driver to win the series is something he can’t ignore.

“That would be awesome,” said O’Ward, who splits his time between San Antonio in Texas, Carmel in Indiana, and Monterrey in Mexico.

“That’s definitely a goal that has been in the back of my head and something that I hope I can achieve in the near future because that’s why we do this.

“We do this to win championships, to win races, the 500 is very prestigious, I mean just itself it’s so big and it would be great to be able to get that one honestly any time – it can come in 10 years or it can come in one year, I’d be happy either-or.”

This year’s IndyCar Series has been one of the most competitive in recent years.

Very little splits the top contenders in the field. As it stands, O’Ward leads on 435 points followed by Alex Palou (Chip Ganassi Racing) on 425 points and Josef Newgarden (Team Penske) on 413 points.

Up to 150 points are available across the final three races, with a maximum of 50 points from each on offer.

Regardless of the outcome, O’Ward said he’s been overjoyed by this year’s campaign.

“Man, it’s been a great year for us,” he exclaimed.

“It hasn’t been easy, it’s been really tough. We’ve had very tough races, we’ve had some great races, and the competition has been as good as it has ever been.

“But man, we’re really enjoying it, we’re enjoying the aspect of racing and truly competing against the best.

“It’s a great position we’re in right now but there’s a lot of points on the table for the next three races that can shift things very quickly.

“We need to stay on top of it and continue what we have been doing and just try to outscore our main competitors as much as we can in the next few races.”

Due to the COVID-19 pandemic, all three circuits were omitted from the series in 2020.

O’Ward missed the Portland and Laguna Seca events in 2019, but has experience at Long Beach where the series will come to a close.

“I’ve never been to Portland or Laguna in IndyCar,” he explained.

“I have been to Portland in Indy Lights, that’s actually where I clinched my Indy Lights championship. But in Laguna Seca, I have had one test day late in the off-season before the championship started this year.

“They’re honestly I think very good circuits for us where I think we can maximise what we were able to test so I’m excited.”

The Grand Prix of Portland gets underway on Monday at 05:30 (AEST).