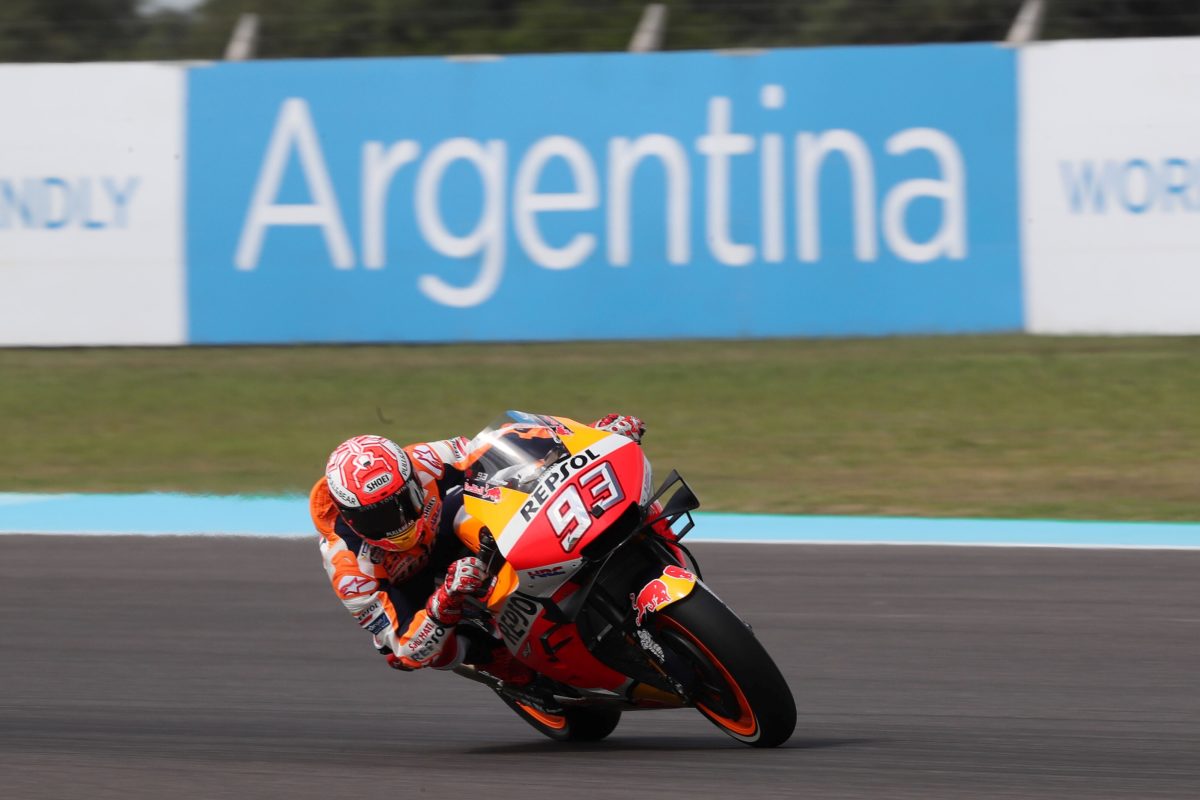 Dorna has firmed up the remainder of the 2021 MotoGP calendar, confirming the cancellation of the Argentina Grand Prix.

While the South American event is off, the Grand Prix of the Americas will go ahead in Texas on October 1-3, meaning there will be 18 rounds this year after 20 were originally planned.

In other 2021 calendar announcements, the post-season test at Jerez will take place on November 18-19 and there is a name for the second Misano round.

That event, which takes the October 22-24 weekend held originally by Australia and then by Malaysia, will be known as the ‘Emilia Romagna and Made in Italy Grand Prix’.

All going well, Argentina will be back in 2022 in its customary April slot, and remain on the calendar for years to come.

“The FIM, IRTA and Dorna Sports … regret to confirm the cancellation of the Gran Premio de la República Argentina due to force majeure,” read a statement issued by Dorna Sports, in part.

“The event was previously postponed, but the ongoing COVID-19 pandemic, logistical restrictions and prior infrastructure damage have obliged the cancellation.

“MotoGP looks forward to returning to Termas de Rio Hondo in April 2022 to greet the incredible fans who flock to the venue from across South America, with all parties working towards extending the collaboration for further years.”

The Jerez Official Test begins four days after the season finale at Valencia, and will be the last official track activity before the Shakedown Test at Sepang from January 31, 2022.

Round 13 of the 2021 campaign is currently unfolding at MotorLand Aragon before the first Misano round, the San Marino Grand Prix, is held on the next weekend.