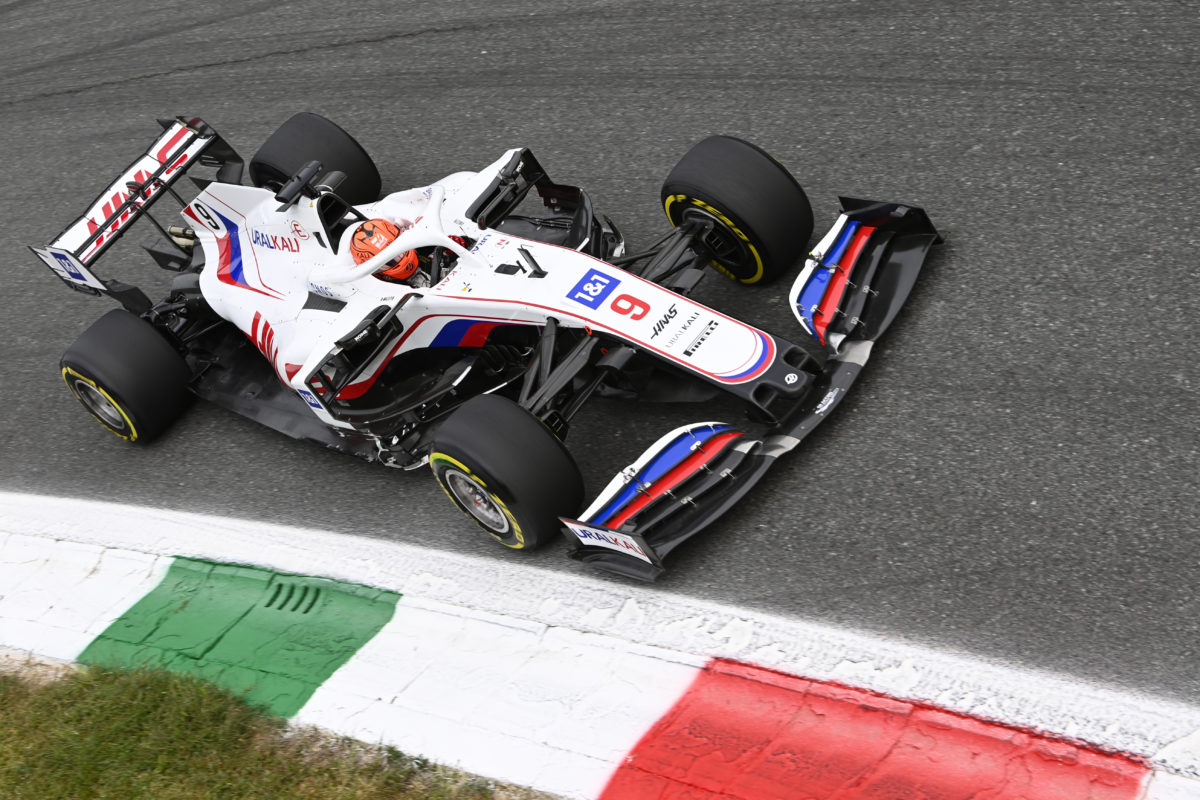 Nikita Mazepin has escaped punishment while Aston Martin and Alpine have both been fined following qualifying for the Formula 1 Italian Grand Prix.

However, Mazepin was cleared in the hearing after it came to light that he had himself been impeded.

“However, the driver explained that he was stopped by the several cars ahead of him (sic) that were driving very slowly and this left him unable to drive any faster in Turn 6.

“The Stewards reviewed the video and the team radio and agreed that both the driver and the team did everything reasonable to avoid affecting any other driver.

While Mazepin and Haas escaped punishment, the same could not be said for Aston Martin and Alpine.

Both teams were summoned to the stewards for their part in a near miss in the pit lane late in Qualifying 3 when Sebastian Vettel was released into the path of Lewis Hamilton.

Though the pair avoided contact in the lane, Vettel came desperately close to an Alpine mechanic who had stepped into the fast lane in order to wave Esteban Ocon out of the garage.

Alpine’s penalty was for the mechanic’s actions, the ruling stating that “while the Stewards accept that members of other teams also stepped this far into the pit lane, they did not obstruct another car and were not in a particularly dangerous situation.

“In the case of Car 31 the Stewards determined that this was an ‘unsafe act’.”

Aston Martin meanwhile was pinged for releasing Vettel into the path of oncoming traffic.

“The driver of Car 5 was released by his team, but at the same time the team’s other car was also being released,” the Stewards noted.

“This caused Car 5 to move towards the fast lane when Car 44 was passing and Car 44 had to take avoiding action to avoid an incident.

Both Aston Martin and Alpine were hit with 5000 Euro fines for their respective breaches.