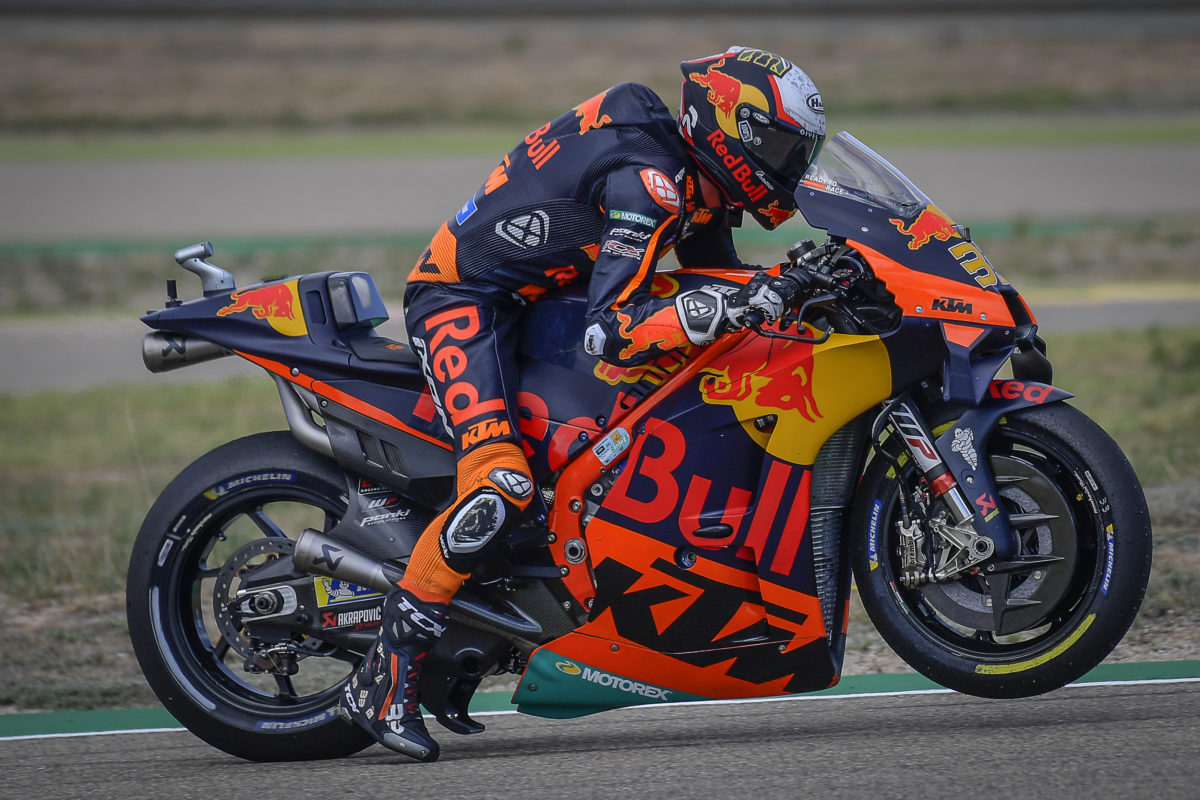 KTM has brought a new chassis to this weekend’s Aragon MotoGP round, its factory team riders have confirmed.

The change marks the second such update this season, after a new-specification RC16, as well as new fuel, was also ushered in at Round 6 at Italy’s Mugello.

Miguel Oliveira would finish second that weekend and win the following race, at Catalunya, although the latest chassis still needs some refinement.

“We have a small update on the chassis,” said fellow Red Bull KTM rider Brad Binder after Friday practice at Aragon.

“There’s definitely some positives, also some small negatives, as you always get when you’re trying new things.

“Now we’ve got to go through all the data, speak to the guys on the box, and then we make our game plan for tomorrow.”

Oliveira commented, “Right now we need some more kilometres on it, to understand the differences, but it will be something that we will carry out also in the near future races.

KTM also introduced a ‘duck bill’ tail unit this season, as seen on the Tech3 bikes at the Austrian Grand Prix, although that idea has apparently been shelved for now given Danilo Petrucci and Iker Lecuona have used more standard bodywork since then. 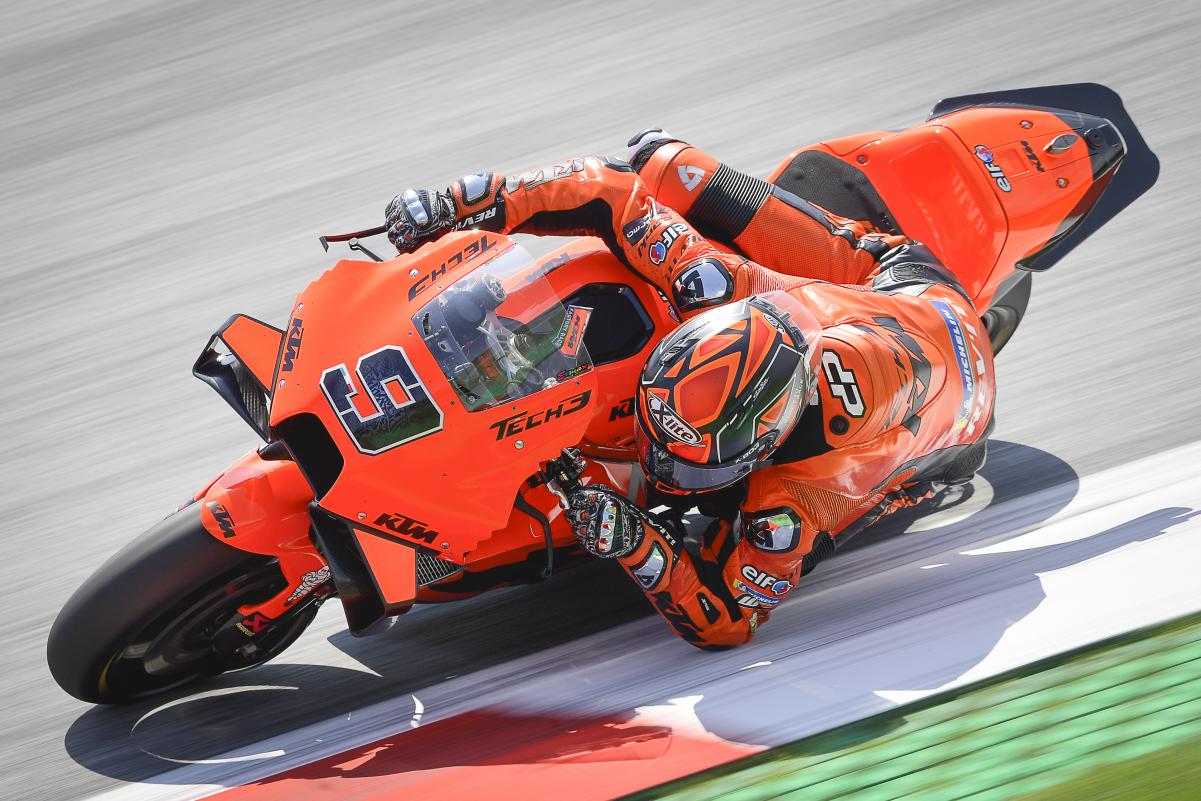 Over at Repsol Honda, Marc Marquez has been working on a new chassis in recent times although both he and team-mate Pol Espargaro reportedly have one new- and one old-spec RC213V each this weekend.

So far at Aragon, Binder has only been able to muster a time good enough for 13th-fastest, while Oliveira is another five positions worse off.

For the latter at least, the 1:48.623s which has him 1.010s off the pace is not representative of his potential given there was no late qualifying simulation.

“We did some work that we usually don’t do on Friday afternoon,” explained Oliveira.

“We started to work with the race pace and then we actually switched at the end to the tyres that we believe are going to suit us more, and so we didn’t do any time attack.

“So, of course, in the standings that looks much worse, but we have done good laps and good pace on just four laps that we had at the end with the hard tyres, and I feel we could be competitive for the race.

“So, tomorrow morning [Free Practice 3], we need to put in the two time attack chances and do the best we can.”

Said Binder after finishing Friday 0.665s away from Jack Miller’s benchmark, “It’s been a bit challenging.

“This morning [Free Practice 1] was tough. I really struggled to bring the rear tyre up to temperature and it only felt like it was working well the last couple of laps before I’d come in.

“So, it was difficult to ride this morning, but this afternoon, straight away, I started off and the feeling came back completely, so I’m really happy about that. I felt really comfortable and everything felt quite good.

“Other than that, the all-out quickest lap wasn’t really that great, but I feel pretty good, so let’s see tomorrow.”

The Red Bull KTM riders’ last chance to earn a bye to Qualifying 2 is Free Practice 3, tonight from 17:55 AEST.