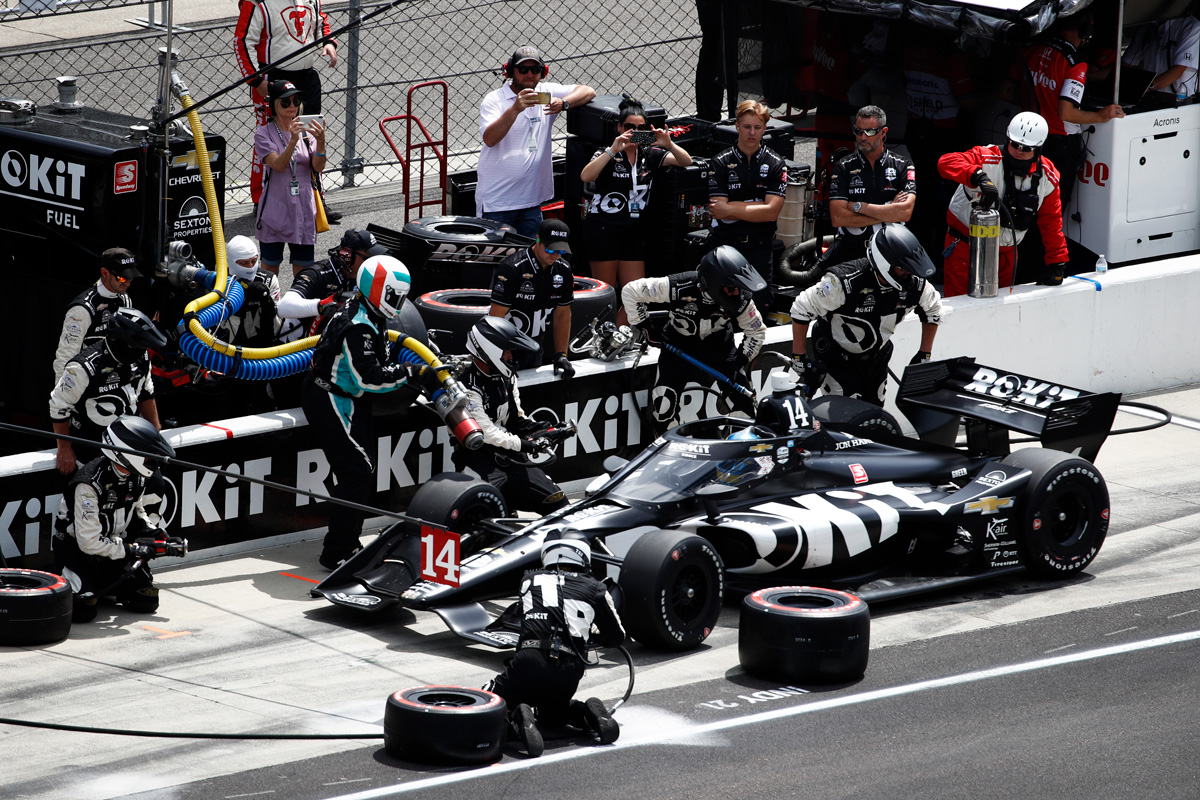 Sebastien Bourdais admits his top five finish last time out at Gateway Motorsports Park couldn’t have come at a better time for his A. J. Foyt Enterprises squad.

It’s been another tough season for the Chevrolet-powered team, which prior to Gateway hadn’t recorded a top 10 result since Round 2 of the season.

“The morale of the troops was getting a little low, and you kind of need a bit of a boost every now and then, just some reward for your hard work,” said Bourdais.

“It was definitely pretty timely for us going into a bit of a break and just before a three-races-in-a-row stretch.”

That triple-header – the final three events of the 2021 season – begins with the Grand Prix of Portland this weekend.

Bourdais expects the road course to present some opportunities on the strategy front.

“This race can obviously be a race strategy that can be quite interesting,” said the former Toro Rosso Formula 1 driver.

“Fuel can often at times come into play. The nature of the track being a very short track, there are a lot of laps, and to save a lap, two laps, three laps is not out of the question.

“Yeah, it’s definitely one of those races that’s been played out in fuel saving mode sometimes pretty aggressively… I think it’s never really a boring race, and with the number of cars you increase the chances of these things happening, and I think we’ll be, what, 27 cars or 28 cars.

“So yeah, it’s definitely going to be one to watch.”

Having only joined forces with A. J. Foyt Enterprises for the final three races of 2020, Bourdais believes the programme is slowly but surely getting to where it needs to be.

“I mean, the real only significant difference is [race engineer] Justin Taylor’s arrival over the winter, which obviously helped us to just do put more work in because it’s just an extra brilliant mind in the programme,” he said.

“So we’ve been able to crank up on the simulator side of things, trying to weed out a lot of things. It’s just a heavy process where you just don’t make things happen overnight.

“You need correlation, so you need to go to the simulator, do your race weekend, do some correlation post-event.

“Yeah, it’s definitely quite a challenge, but as far as the team is concerned, it’s just been mostly a solidification of the base and just making it stronger with the addition of Justin.”

Opening practice at Portland gets underway from 02:00 AEST Sunday.