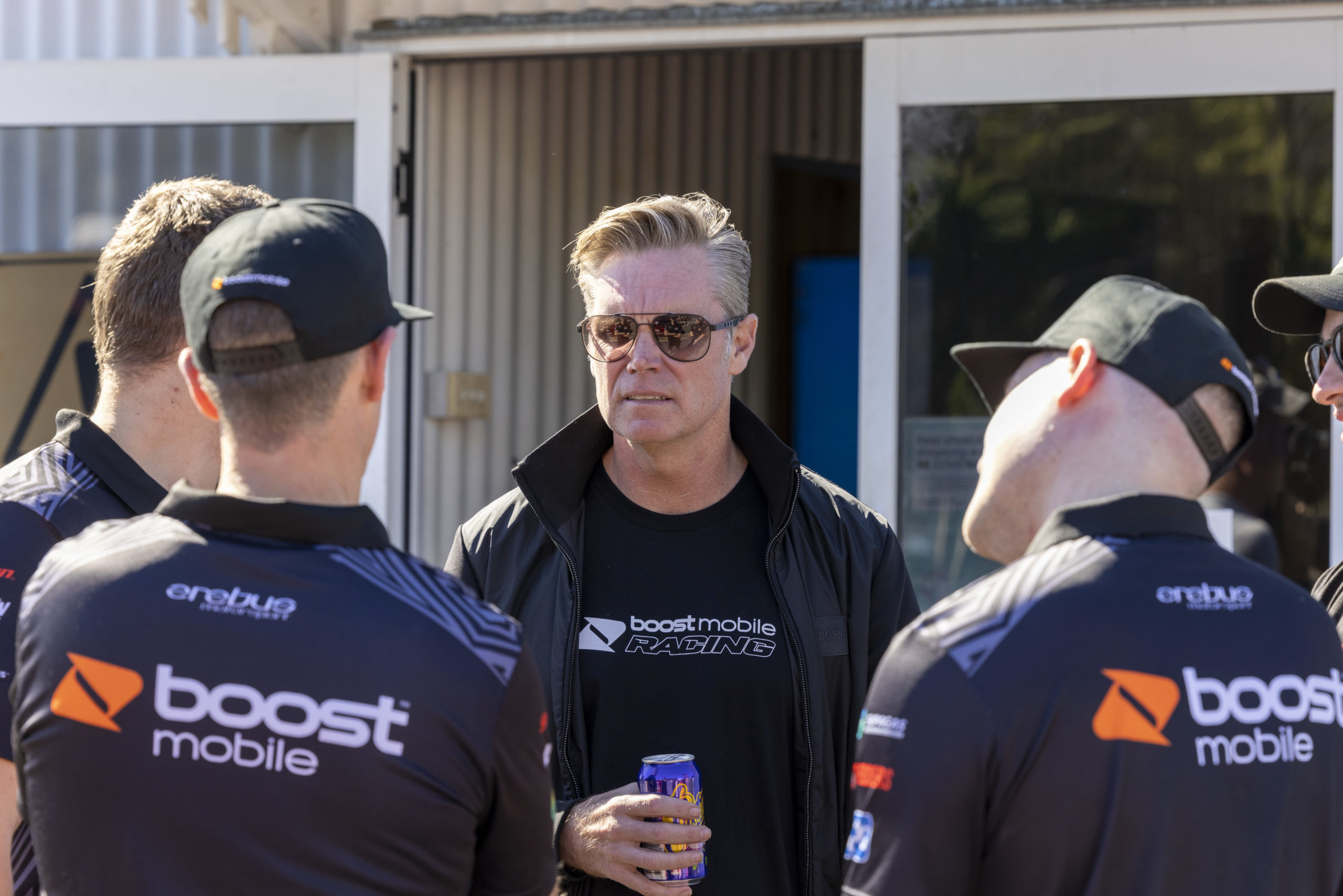 Peter Adderton has detailed what he and his consortium had hoped to achieve in buying the Supercars business.

Yesterday it was revealed the bid fronted by Adderton along with News Corp via the Brisbane Broncos and a slew of high-profile names had pulled out of the race to buy Supercars.

Their withdrawal came as a result of the Australian Racing Group/TLA Worldwide/TGI Sport bid being given exclusivity by private equity firm Archer Capital to buy the business.

The now front-running bid is being spearheaded by TGI Sport boss Barclay Nettlefold.

TLA’s Craig Kelly and ARG’s John McMellan are shaping as candidates to join him on a potential board.

Supercars driver-turned-commentator Mark Skaife is also expected to have some involvement in a consultancy capacity.

Speaking with Speedcafe.com, Boost Mobile boss Adderton detailed what he had hoped to achieve in buying Supercars.

In acquiring the business he had planned to increase fan attendance, improve entertainment, and focus on digital assets.

As has been widely reported, one of the fundamental underpinnings of the Adderton bid was to buy the teams out of their shares in the business.

He believes his idea was later farmed out to the rival bidders.

Speaking with Speedcafe.com, Adderton said buying the teams out of their shares is the right way forward for the category to reduce bureaucracy and potential conflicts of interest.

“I think Supercars is at a crossroads right now on what it needs to do,” Adderton explained.

“I think our plan was obviously to focus heavily on bringing the fans back and bringing the entertainment back to the sport.

“The idea that we created in giving the teams more revenue to make sure that they were strong was an original idea which we put together and basically was taken by the bankers and given to the other side.

“But at the end of the day, it’s good for the teams, so we really wanted to make sure that the teams were strong.

“We led basically making sure that the teams were strong and Archer were the distant second in our thought process, because without a strong team element it doesn’t really matter, all you end up doing with Supercars is you own a couple of fences and some brake stuff with some paint written on it.

“We wanted to make sure the teams were strong. The irony is they basically took the idea that we had created to give the teams more money and more guaranteed revenue to make them stronger, which would make the overall programme stronger.

“That was really the future that we wanted to put behind the sport and really ramp up the entertainment factor for the fans.

“That takes investment. We didn’t want to overpay for it and then not have the capital to reinvest back into the sport. I’ve never bought a business in my life where I’ve bought it and haven’t had the firepower to be able to reinvest more capital back into the business to grow it.

“If you buy it, and you don’t have the capital to do it, then it’s just going to stay the same with maybe different carpet in the office.”

It is believed the ARG/TLA/TGI bid was in the vicinity of $60 million whereas the Adderton-led offer is said to have been around $50 million.

Adderton believes his bid was ultimately denied having not met the figure offered up by ARG/TLA/TGI, which he said was too much in any case.

“I think Archer chose the person with the largest cheque book; we obviously didn’t put the amount that Archer wanted,” said Adderton.

“Again, around our table and in our consortium are some very smart businessmen who have made a lot of money and had very successful businesses, multi-billion dollar businesses who know how to buy and sell businesses.

“We weren’t willing to pay and you’ve got the other side who was obviously willing to pay more. Either we’re really silly, and we don’t know what we’re doing, or they’ve overpaid for it and they’re going to work that out fairly quickly.

“They’re a PE (Private Equity) fund. They know what they’re doing. So it was disappointing for us that we didn’t get through the gate to obviously get there.

“It was disappointing and I’m very passionate about it. I put millions of dollars into the sport by myself, personally through Boost.

“I love the sport and I thought that the consortium we put together with ourselves and News Corp, using their media horsepower and everything else that we had and obviously using the team that we had around us that we thought we were a very strong compelling bidder.

“The fact that we didn’t get it is evidence to me that we were the right bidder because we weren’t willing to over pay for it.

“We weren’t willing to make an offer for the sport that would just mean we would have to spend the next three years trying to get that money back basically at the cost of the sport.”

Adderton says Supercars has a raft of challenges ahead of it, particularly surrounding the rollout of Gen3.

He said a great focus has to be put on the category’s ‘digital space’ as it looks to draw the next generation of fans.

Supercars is broadcast in Australia free-to-air via the Seven Network and via subscription-based services Foxtel and sports streaming platform Kayo.