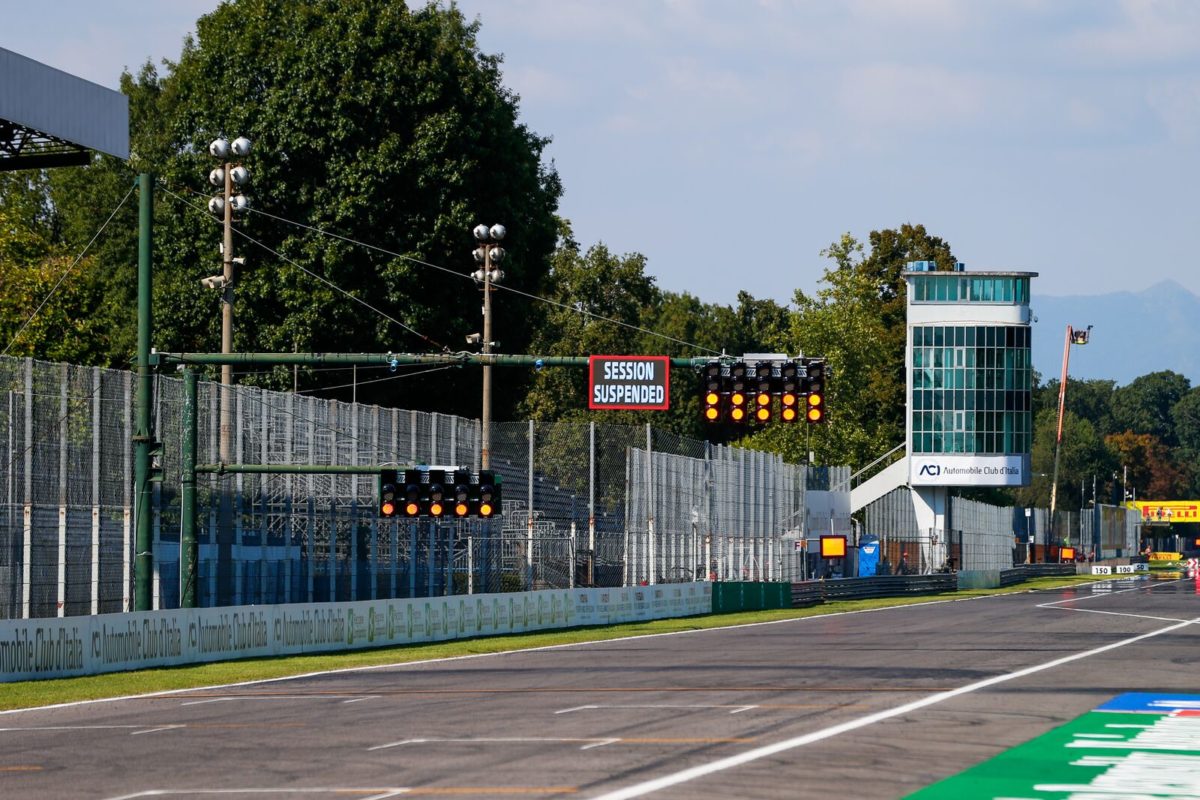 First trialled at the British Grand Prix earlier in the season, Monza will play host to the second of three such instances this season.

It means teams will have just 60 minutes to finetune their cars before they enter parc ferme, with a traditional hot lapping style qualifying format following Free Practice 1 on Friday.

Track times are significantly later on the opening day as a result, with the first on-track activity not until 14:30 local time – or 22:30 AEST.

That’s some three hours later than usual, and leaves teams just two and a half hours to prepare their cars prior to qualifying, which commences at 02:00 AEST.

It is that session which will determine the grid for Sprint Qualifying on Saturday afternoon, starting at 00:30 AEST Sunday morning.

Prior to that, a second hour of practice remains, though very little can be done to cars as they’re by now in parc ferme.

From the moment they leave the pit lane in Qualifying on Friday afternoon, teams are effectively locked in when it comes to their set-up; only front wing angle and a handful of other tweaks are allowed, the fundamentals are set.

The Italian Grand Prix itself follows as normal on Sunday evening, from 23:00 AEST.

Two DRS zones are in use this weekend, the first with its detection point between the two Lesmos, and activation 170 metres after the second of the right-handers.

Another detection point deep in the braking area of the Parabolica has its activation point 115 metres after the finish line on the long run to the first chicane.

Officials will be monitoring three areas of the circuit with regards to track limits; Prima Variante, Seconda Variante, and Curva Parabolica.

At the first chicane, polystyrene blocks have been placed in the escape road, with drivers told they must navigate their way through the slalom before rejoining at the end of the escape road.

FIA race director Michael Masi has advised that “drivers may only use the grass if it is clearly unavoidable.”

Further around the lap, the second chicane has black and yellow bumps placed just before the apex kerb of the right-hander.

Drivers have been instructed to stay to the right of a yellow line and bollard at the corner, which feeds them back into the circuit at the far end of the tarmac run-off area, just after the exit to the chicane.

Any transgressions at this complex will result in a laptime being deleted, as is the case at the final corner.

Leaving the track on the outside of the Parabolica will see both the current lap and next lap a driver is on invalidated.

Further to that, on the third transgression at any of the locations, the incident will be referred to the stewards.

Additionally, drivers have been reminded of Article 27.4 of the FIA Sporting Regulations, which governs the minimum speed while on track.

“At no time may a car be driven unnecessarily slowly, erratically or in a manner which could be deemed potentially dangerous to other drivers or any other person,” the regulations state.

It’s an effort to cover off the chances of a repeat of the final moments of qualifying in 2019 which saw nine cars jockey for position in a slipstream, eight of which subsequently failed to make it to the line in time to start their final flying lap.

Discussed by teams since, no solution was agreed upon and so the regulations remain unchanged.