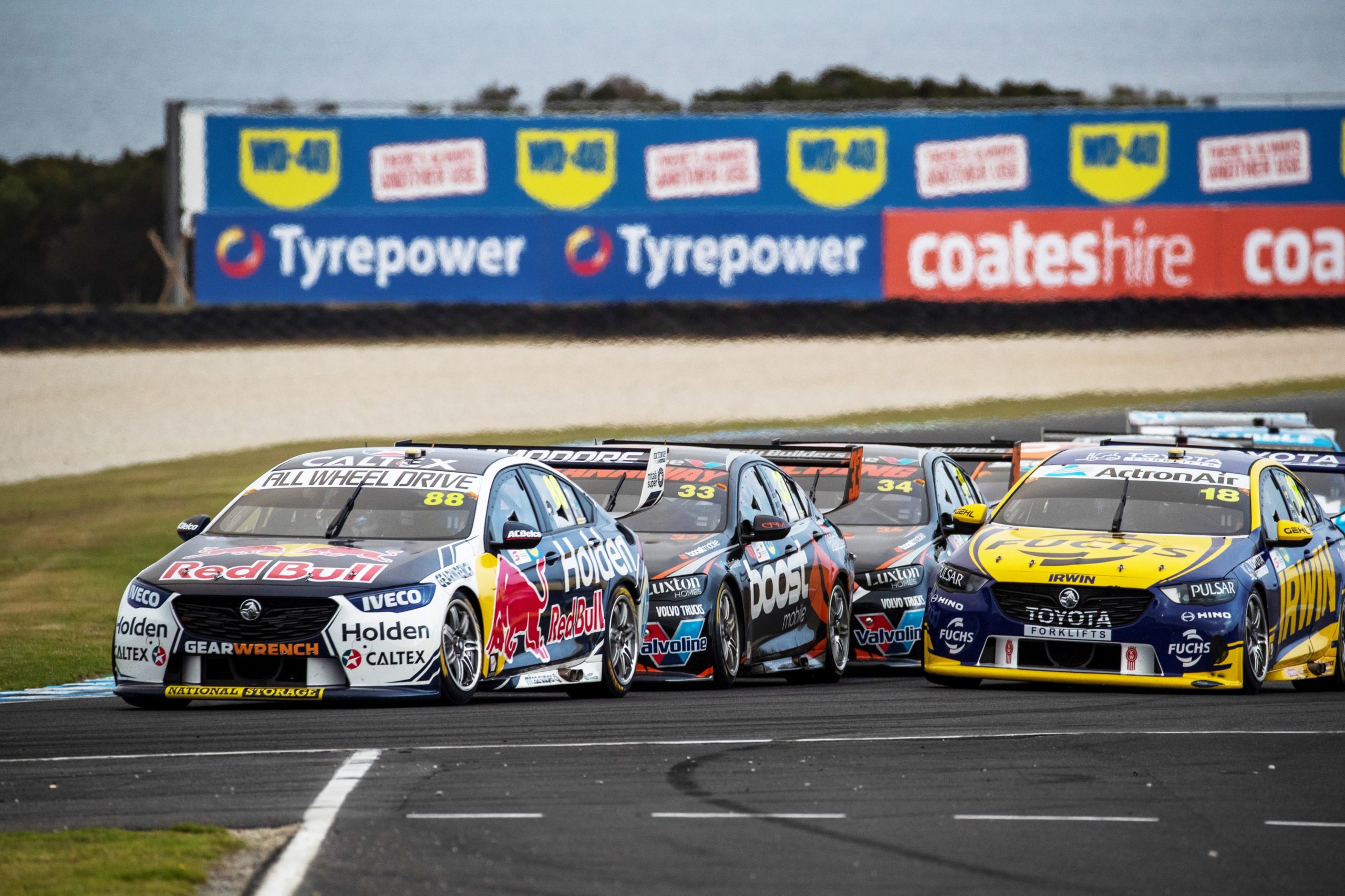 Supercars will not return to the Phillip Island Grand Prix Circuit in 2021 after all. Picture: Mark Horsburgh

The Australian Grand Prix Corporation (AGPC) has announced it will not host the Repco Supercars Championship at the Phillip Island Grand Prix Circuit next month.

It marks yet another change to the 2021 calendar, which is expected to undergo further revisions as the category navigates continual hurdles brought about by the COVID-19 pandemic.

The Bass Coast Festival of Motorsport had been scheduled for October 22-24.

“Our appreciation also extends to Motorsport Australia, Motorcycling Australia and the legion of motorsport fans who provided their support for this new event concept.”

Among recent coronavirus-induced calendar changes, Phillip Island was added to the calendar and was set to host Supercars for the first time since 2019.

Speedcafe.com understands the event at Winton Motor Raceway is also set to be axed.

That has left a substantial two-round gap in the 2021 calendar, though it’s believed replacements for those will soon be announced.

Prior to the cancellation of the Phillip Island event, speculation had swirled that a double-header at the Island was a possibility amid the expected Winton cancellation.

Victoria’s daily COVID-19 cases have been increasing since the beginning of August and last week the state extended its latest lockdown for Greater Melbourne.

Regional Victoria has since come out of lockdown, in which both Phillip Island and Winton are situated, but the respective organisers have decided both events are untenable.

This year’s Repco Bathurst 1000 is set for early December, likely to take place on the date currently held by the Boost Mobile Gold Coast 500.

While not yet confirmed, the event on the streets of Surfers Paradise is expected to be cancelled.

Ironically, those events at Mount Panorama and Sydney Motorsport Park are in the worst-hit state of all; New South Wales.