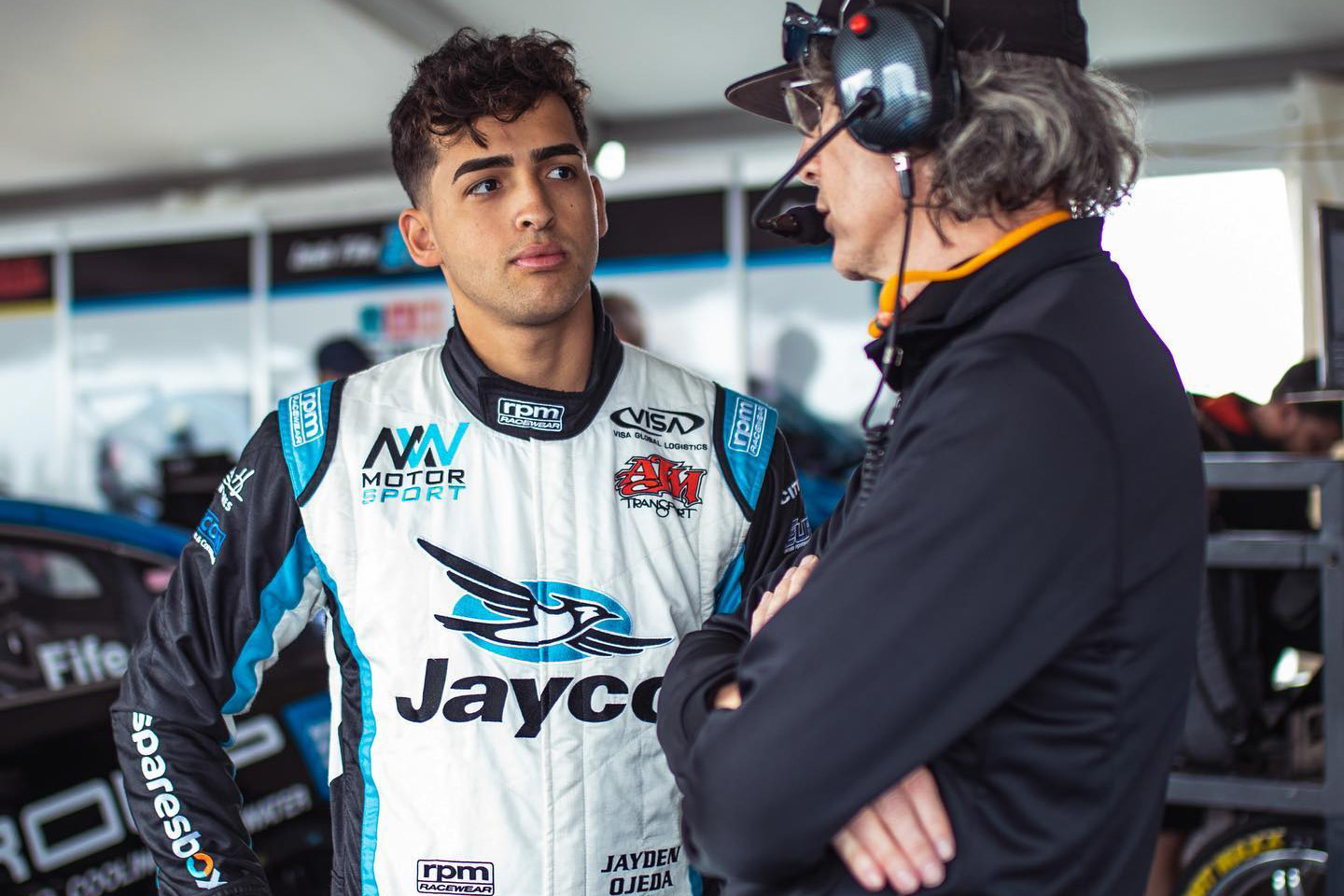 Jayden Ojeda races for MW Motorsport in the Super2 Series

Super2 Series front-runner Jayden Ojeda has emerged as a candidate for Matt Stone Racing and its Bathurst 1000 co-driver line-up.

Ojeda, who races for MW Motorsport in the Supercars feeder series, will test at Queensland Raceway next Monday.

What car the Sydneysider will test has not been confirmed, although it could see him race alongside Zane Goddard in the #35 Holden ZB Commodore.

Ojeda has been based on the Gold Coast since the last round of the Super2 Series in Townsville.

The 22-year-old, who typically resides in Sydney, opted not to head home due to the escalating COVID-19 situation in the state.

The sister #34 entry is set to be shared by Jake Kostecki and brother Kurt Kostecki.

Ojeda’s test isn’t necessarily indicative of a Bathurst 1000 start, however.

Fellow Super2 Series driver Tyler Everingham is known to be in the running, though he has been unable to travel from Dubbo in New South Wales to Queensland due to a closed border.

The Matt Stone Racing line-up is the last to be publicly finalised, with the exception of Tickford Racing which has announced its drivers but not pairings.