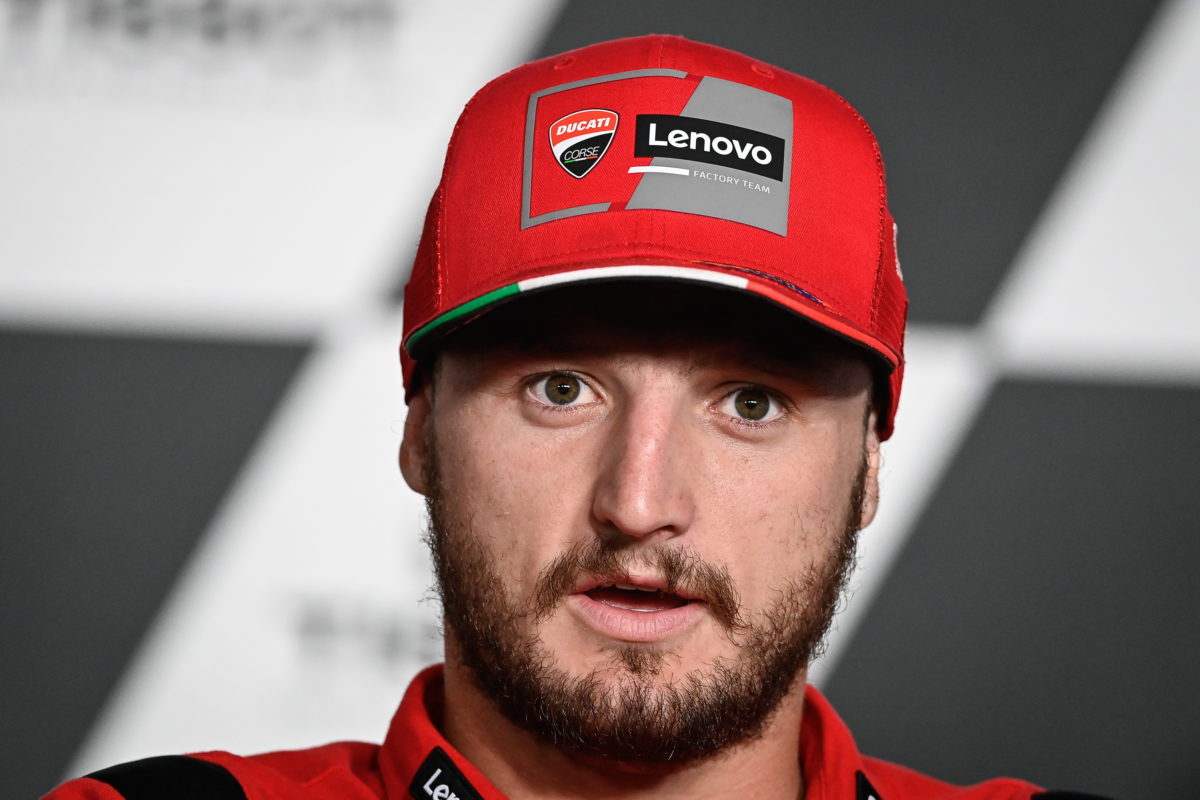 Jack Miller admits that he “need[s] to get some more points on the board” as he prepares for the final third of the MotoGP season in fifth in the championship.

The Ducati Lenovo Team rider has not finished on the podium in the last five races, although he was briefly third on the final lap last time out at Silverstone.

While Yamaha’s Fabio Quartararo is the runaway championship leader, second place is just within touching distance given Miller trails Suzuki’s Joan Mir by 23 points, with 25 on offer for a win.

Fellow Ducati riders Johann Zarco and Francesco Bagnaia are 19 and 18 points up on the Queenslander respectively, while KTM’s Brad Binder is 10 points behind.

This weekend’s round takes place at MotorLand Aragon, a circuit which was not kind to Miller last year.

He finished ninth in the Aragon Grand Prix and was taken out by Binder on Lap 1 of the Teruel Grand Prix, but is buoyed by having a more balanced Desmosedici underneath him this year.

“We have a more consistent bike underneath us this year if we look at performance on every track,” noted the two-time race winner on a Ducati.

“I think we’re in a good position but we won’t know until we go out for FP1. The weather is a lot warmer than when we were here last year and it feels more like an Aragon GP now.

“We were on the podium here in 2019, last year both races were shocking – in the second one I only made it to Turn 2 – so hopefully this year we will be able to turn the luck around.

“Six races left, we’re sitting fifth in the championship and yeah we need to get some more points on the board.”

Fourth at Silverstone a fortnight ago was in fact the first time that Miller had finished inside the top 10 in four races.

He crashed in two of those and was already eighth in the Austrian Grand Prix before a gamble on an early switch to wets did not pay off.

While #43 missed the rostrum again at the British Grand Prix, he at least arrested an early slide to seventh position.

Miller got all the way back to third position, although only momentarily before Aprilia’s Aleix Espargaro regained the spot on the last lap.

“It was really nice to be strong at the end of the race, it’s been a while,” he remarked.

“Being able to show I was able to maintain the tyres, especially at Silverstone which is one of the most brutal tracks on tyres, maintain them and put in a solid second half of the race was key. I enjoyed it a lot.

“I had to have a lunge on the last lap on Aleix. It was one of those things, you don’t just roll over and give it to him, and I think it would have made his podium a bit more special for sure.

“It was a lot of fun and hopefully we can do it all again on Sunday here in Aragon.”

Practice for Round 13 of the 2021 MotoGP season starts tonight (AEST).