Ducati: Miller ‘must be a title competitor in future’

Ducati: Miller ‘must be a title competitor in future’ 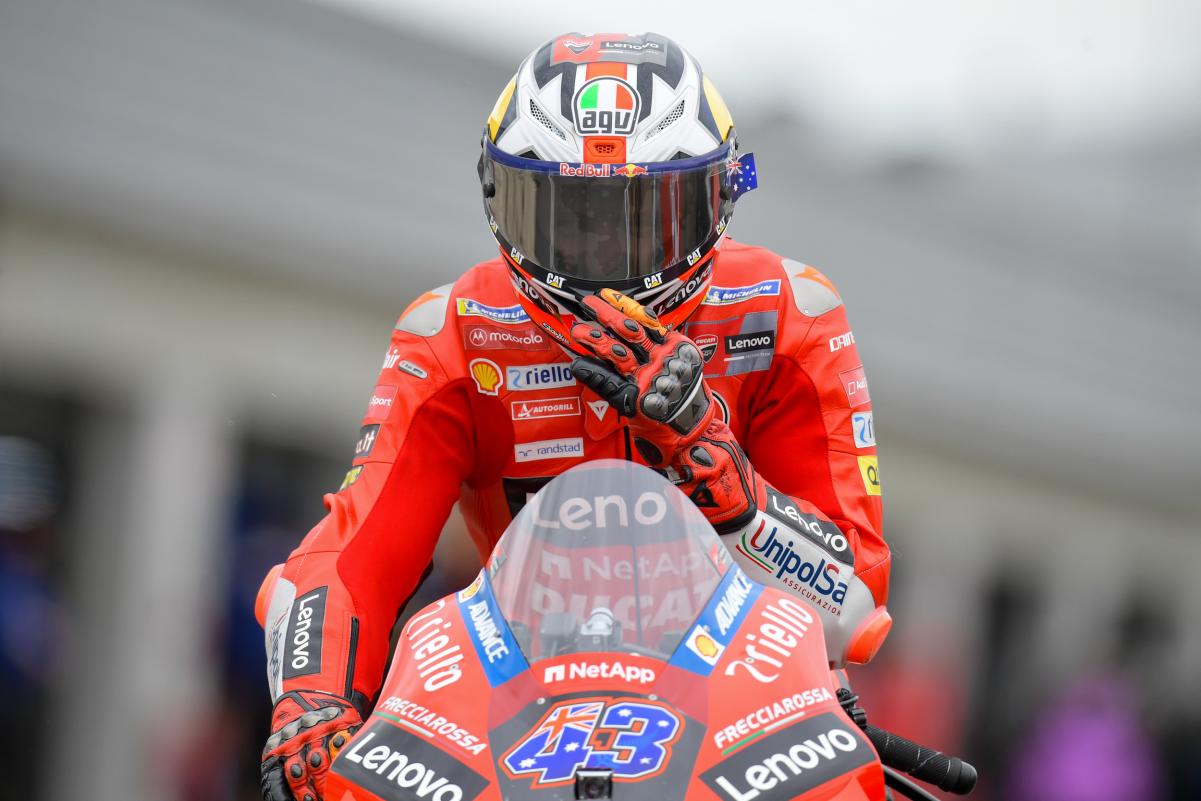 Ducati Team manager Davide Tardozzi has stated that Jack Miller “must” contend for the MotoGP title in the future, amid an “up and down” 2021 season.

The Queenslander is fifth in the championship with two thirds of the campaign done, but is behind team-mate Francesco Bagnaia and Pramac Racing’s Johann Zarco, who also rides a current-spec Desmosedici, on the table.

Miller started the season with results of ninth, ninth, and a DNF, before picking up his first two wins with Ducati.

He made it three podiums in four races with a third placing at Catalunya but has not stood on the rostrum at the five events since, during which time he has only twice finished in the top 10.

Miller nearly broke that podium drought last time out at Silverstone, briefly moving ahead of Aleix Espargaro on the final lap but ultimately finishing fourth, and admitted on the eve of this weekend’s Aragon Grand Prix that he “need[s] to get some more points on the board.”

Speaking on the television world feed during Free Practice 1 at Aragon, Tardozzi was asked about that ride in the British Grand Prix, and responded in such a way that could be taken either as positive reinforcement from a non-native English speaker or a thinly veiled threat.

“It was a fantastic show, the last lap, Jack and Espargaro,” recalled the Italian.

“But in the end, Jack is going a bit up and down this year, but we still think that he is very fast and must be a title competitor in the future.”

Although the underlying meaning of Tardozzi’s comment is not obvious, it is worth noting how positive he was about Bagnaia in his immediately preceding answer.

Bagnaia seemingly suffered from a tyre issue at Silverstone when he limped to a finish of 14th from the middle of the front row, but his team boss is adamant that a maiden premier class win is not far away.

“What happens in Silverstone, I guess, that is obvious to everybody – I don’t want to keep going to speak about that – but Pecco has been always fast,” stated Tardozzi.

“He didn’t bring home what his speed shows because since the beginning, he was always fast, he makes some fantastic podiums, but he deserves a win.

“He made a big mistake in Mugello [crashing from the lead on Lap 2] but you saw has a problem, but anyway, Pecco was always fast and he will reach the win quite soon.”

Both Bagnaia and Miller are secure for 2022, but are nevertheless apparently already under pressure from Pramac rookie Jorge Martin, who is also directly contracted to the Bologna marque.

Ducati Corse general manager Gigi Dall’Igna was enthusiastic in his praise when speaking to sports newspaper AS, from Martin’s native Spain, after the 23-year-old’s breakthrough win in the Michelin Grand Prix of Styria and podium a week later.

“He has the full support from the factory,” said Dall’Igna about whether or not the former KTM junior could ended up on a factory-entered Desmosedici in the future.

Bagnaia and Miller have both made reasonably strong starts to the weekend at Aragon, a track which has not been a particularly happy hunting ground for Ducati.