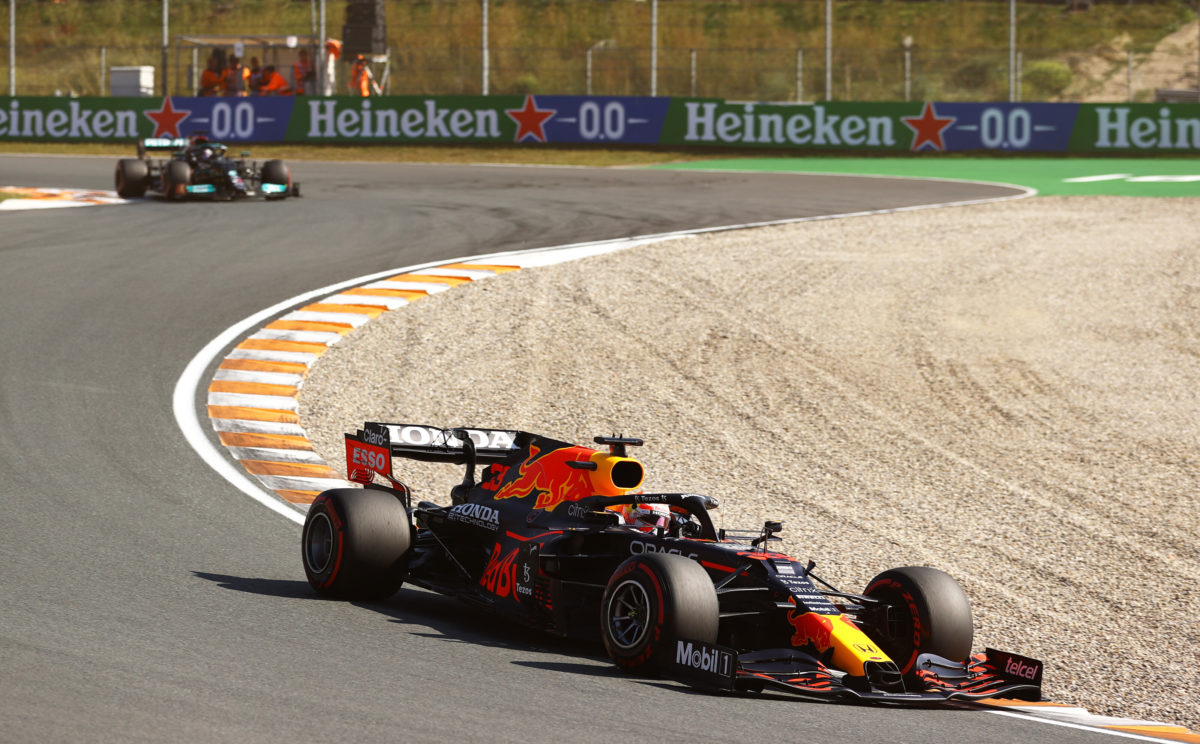 Max Verstappen ahead of Lewis Hamilton in Zandvoort

The experienced gained during the course of seven successful Formula 1 world championship campaigns offers Lewis Hamilton no advantage, according to Max Verstappen.

After 13 races, the pair are locked in battle for this season’s crown, which will be Hamilton’s record-breaking eighth or Verstappen’s first.

Victory at last weekend’s Dutch Grand Prix saw the local hero move three points clear of his Mercedes rival in their title tussle, a six-point swing over the Zandvoort weekend.

With that battle looking almost certain to go to the final race in Abu Dhabi, Verstappen reasons that Hamilton’s prior experience offers no real advantage.

“The only advantage you can really have, I think, is just if you have a faster car,” he said.

“In this sport, it’s so dominant when you have a good car.”

The 23-year-old suggests every driver on the grid knows how to string a championship together, whether they’ve claimed that mantle in F1 or not.

“There’s so many good drivers in the sport, but they don’t have the opportunity to fight at the front,” he argued.

“So if you have seven titles, or one, or zero, I think at the end of the day, when you have spent a few years in F1, and especially more towards the front, like top five, you know that you have to try and finish every race.

“You have to try and score the most available points every single weekend.

“I think all of us, we always try to do our best and race in the best possible way, so I don’t really see the advantage there.”

This year’s title race has witnessed a flashpoint at the British Grand Prix, with neither Verstappen nor Hamilton willing to cede an inch on the opening lap.

Played out in the media over the next two weeks, the Dutchman then had an outburst during the FIA Press Conference when he was asked about his concerns of a repeat incident.

Their on-track squabble has spilled off-track as well, with Red Bull and Mercedes using the media to their own ends.

An upgrade at Silverstone saw Mercedes take a step forward, while Red Bull had new items on its car for Belgium, the weather concealing any potential gain they offered.

In Zandvoort, it was apparent the Red Bull was the faster of the two cars, though the long straights of Monza this weekend are likely to see that swing in favour of Mercedes.

This weekend’s Italian Grand Prix gets underway on Friday night, with opening practice from 22:30 AEST.