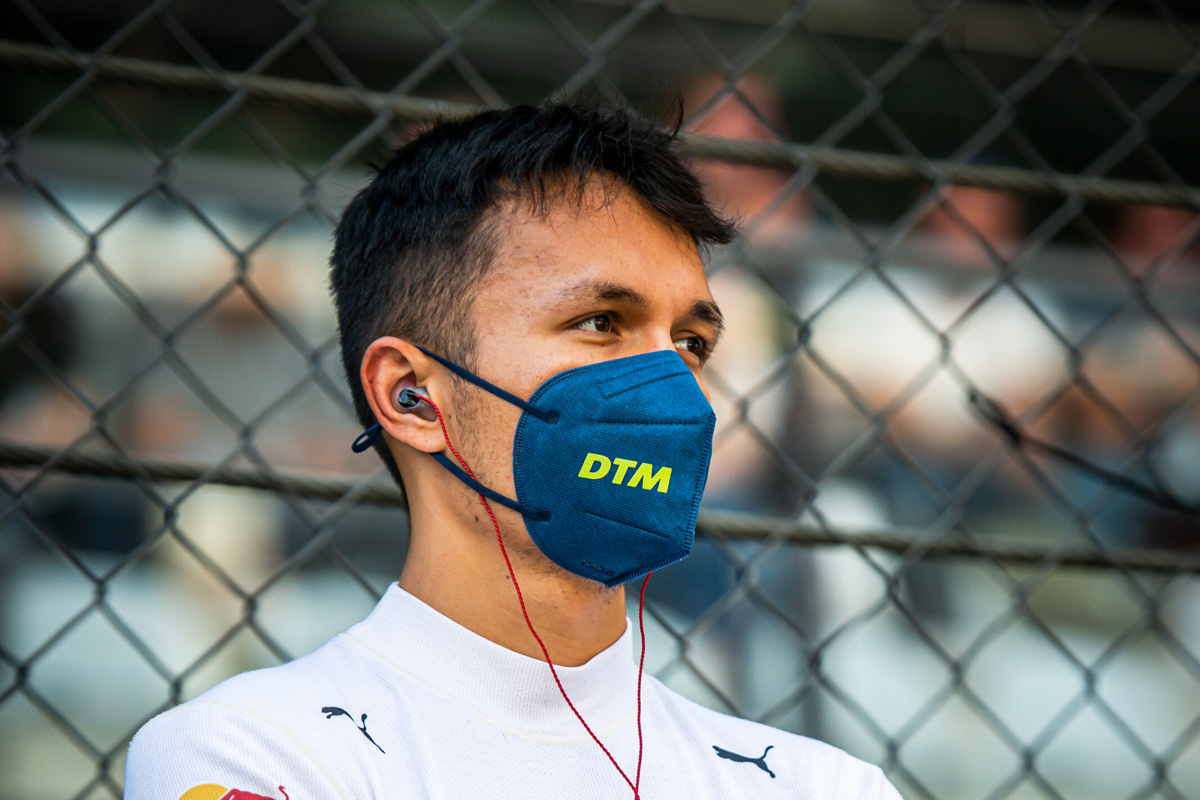 Having debuted for AlphaTauri in 2019, Albon was quickly promoted to Red Bull’s senior squad but lost his seat at the end of last year after being comprehensively outdone by team-mate Max Verstappen.

The Thai-British driver took a step back but remained in the Red Bull ranks, working as the F1 team’s test and reserve driver plus competing in Germany’s DTM series.

With both Red Bull and AlphaTauri retaining their rosters for next year, Albon was left to look elsewhere to get back in a race seat, aided by Red Bull’s assistance.

That effort has come up trumps, being announced as George Russell’s replacement at Williams last night – albeit that squad’s Mercedes alignment necessitating he split with Red Bull.

“We rate Alex very highly and with our line-up for 2022 fixed, our objective was to help find him a seat in another team where he could gain more F1 mileage and experience and we are delighted to have done that with Williams Racing,” reacted Horner.

“Alex has been a hugely valuable asset in his role as our test and reserve driver this year, helping bring performance from the simulator to the car each weekend, but for his career it was important not to spend another season out of an F1 race seat.

“With his place on the grid next year secured, we are delighted to see him realise this opportunity and we will be following his progress closely.”