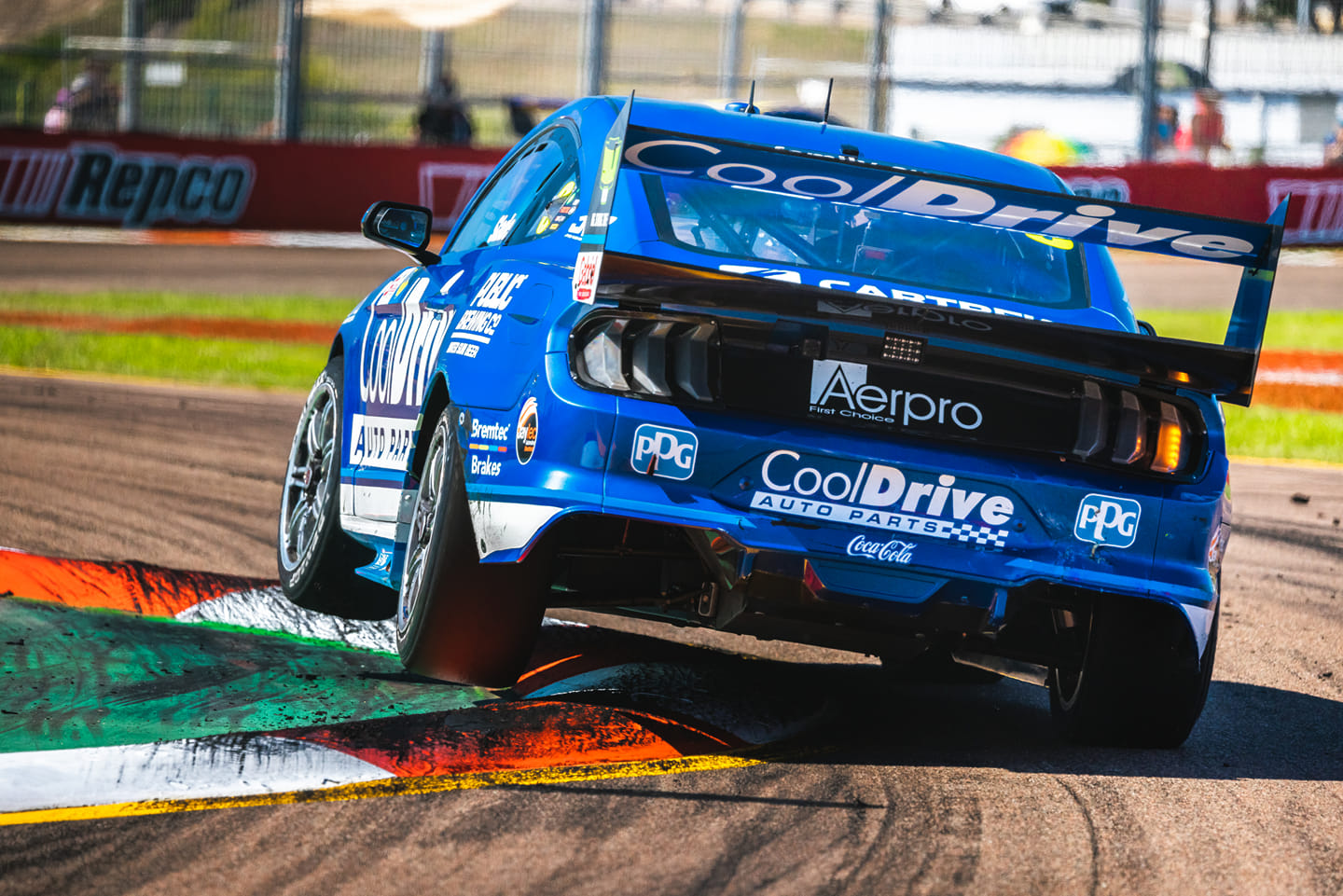 Tim Slade on the streets of Townsville. Picture: Daniel Kalisz

With the Repco Supercars Championship on a coronavirus-induced halt at the season’s midway mark, Speedcafe.com takes a look at the 2021 performance of the Blanchard Racing Team to date.

In recent years, the Blanchard name hasn’t been one which has captured headlines in the world of Supercars.

A prolific single-seater racer in his formative years, Tim Blanchard was among the likes of Nick Percat and James Moffat seemingly bound for Supercars early on.

However, his time as a driver in the championship was unspectacular, recording fewer than 10 finishes inside the top 10 as a full-timer.

After a four-year stint operating its Racing Entitlements Contract out of Albury, the latter two years of which saw Macauley Jones in the driver’s seat, the Blanchards went solo.

It looked as though the team had all the right ingredients for success; thus far it’s been a spectacular if chaotic first half to their season.

With Slade driving a Ford Mustang, the 36-year-old immediately put their car inside the top 10 in opening practice at Mount Panorama.

From there, the team improved, going fourth fastest in the second practice before eventually qualifying on the front row for its maiden hit out.

Celebrations soon turned to anguish as Slade crashed heavily while chasing a podium in the closing stages of Race 1.

The damage was such that the Box Hill-based outfit withdrew from the weekend, subsequently switching to their backup car.

With zero points from the opening weekend, Slade has slowly dragged himself off the bottom of the drivers’ championship to 17th in the standings at the season’s midway mark.

His standing may not seem all that high, but it’s been a tenacious effort from him and the Tickford Racing-aligned outfit.

In what is an extremely tight mid-pack, less than 100 points separate Slade from cracking the top 10.

Although hard to fully judge without the presence of a team-mate, Slade has at times threatened for a possible podium finish. An impressive feat for the sole one-car team on the grid in its infancy.

Expect the team to draw closer and closer to the top 10 before the season is out.