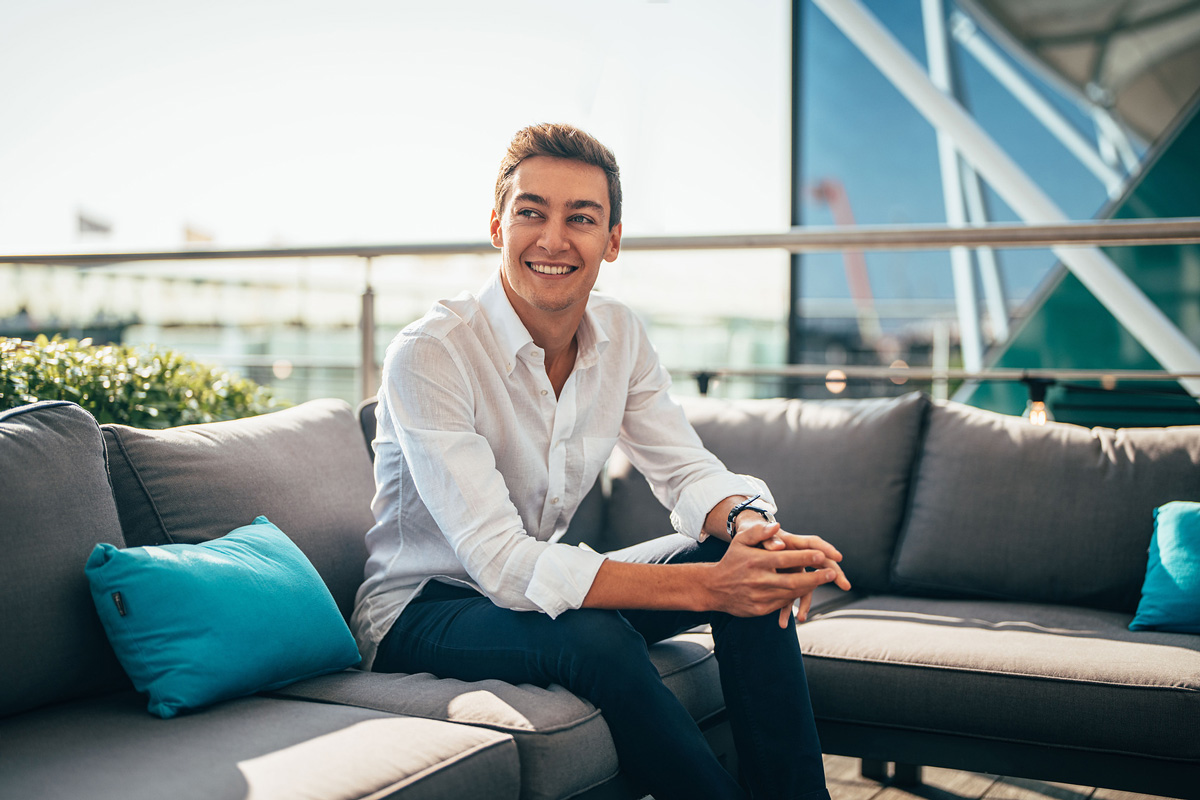 George Russell can barely hide his excitement at the looming opportunity to drive for the most successful Formula 1 team of the turbo-hybrid V6 era.

Having made a one-off cameo for Mercedes last year while substituting for a COVID-stricken Lewis Hamilton, Russell will graduate to a full-time seat with the Anglo-German squad in 2022.

His long-awaited appointment comes after years of standout qualifying efforts for the rebuilding Williams organisation, having become known as ‘Mr Saturday’.

“Looking ahead to next season, I’d be lying if I said I wasn’t absolutely buzzing,” said Russell.

“It’s a huge opportunity and one I want to grab with both hands. But I’m under no illusions as to the scale of the challenge; it’s going to be a steep learning curve.

“My target must be to reward the trust that Toto [Wolff, Mercedes boss], the team, and the board have placed in me by ensuring I play my part in continuing that success and I want to do my new team-mates proud.

“Of course, one of those new team-mates is in my opinion the greatest driver of all time.

“I’ve looked up to Lewis since I was in go-karts and the opportunity to learn from someone who has become a role model both on and off track can only benefit me as a driver, a professional, and a human being.”

Before turning his attention to next season, Russell has nine grands prix remaining with Williams – the team he debuted for after winning the 2018 Formula 2 title.

Russell only recently scored his first ever points for Williams with eighth at the Hungarian Grand Prix, and backed that up with a front-row qualifying effort at Spa that ultimately guaranteed him a maiden podium.

“Since I joined in 2019, we have worked tirelessly to push each other forward and bring the team back up the grid where it belongs,” he said of Williams.

“We’ve battled for every qualifying position, every point, and every tenth of a second.

“No matter how tough it’s been, nobody has ever given up, and that has inspired me every day.

“I’ve loved every moment in what I’d describe as a true heart and soul racing team, and I’ll be pushing harder than ever to make sure we end our story in the best possible way.”

The F1 world championship continues this weekend at Monza for the Italian Grand Prix.