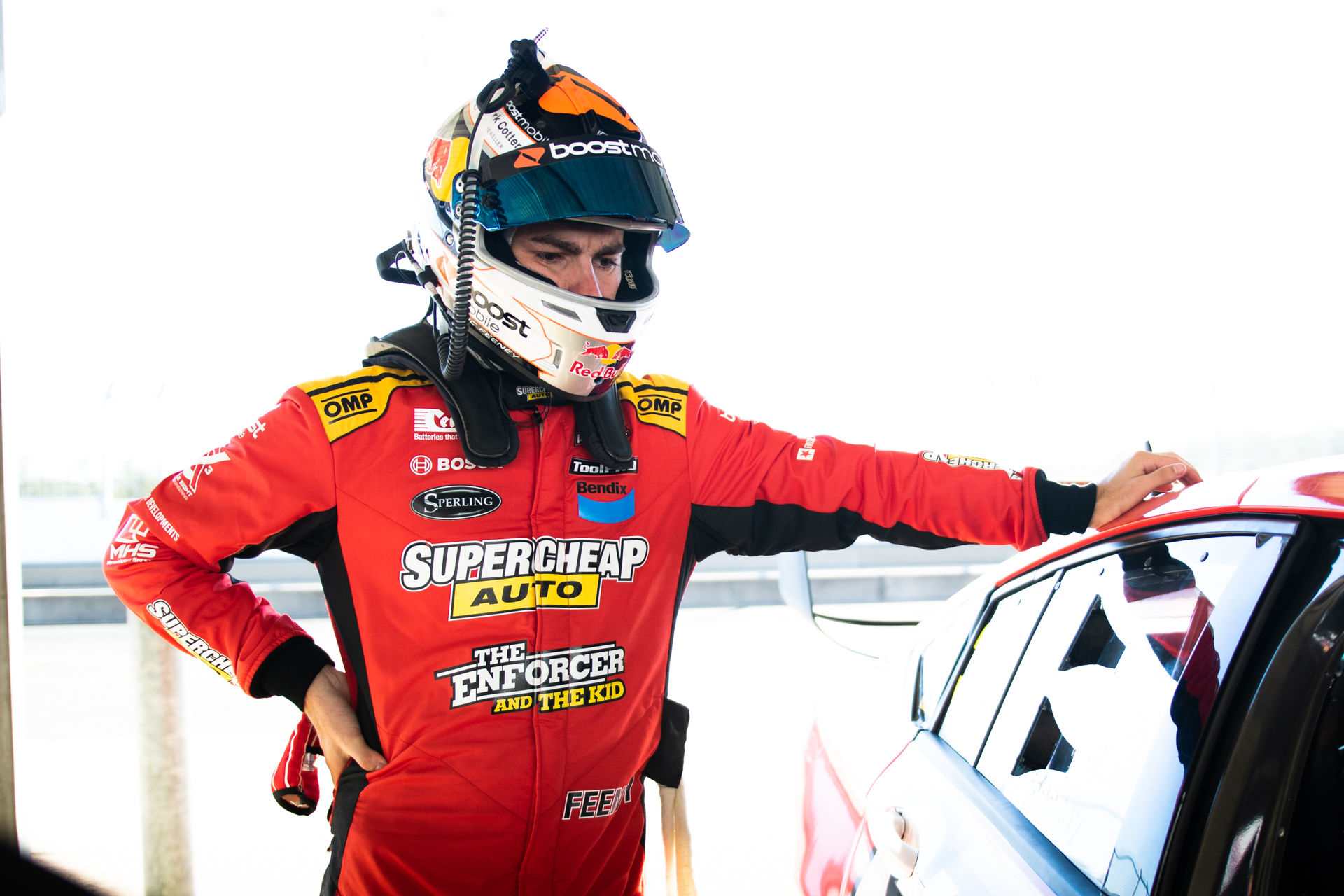 Broc Feeney says he won’t let the hype surrounding his Supercars graduation distract him from his primary focus this year; winning the Dunlop Super2 Series.

Feeney has long been tipped to join the Supercars Championship, a Bathurst 1000 wildcard with Russell Ingall and Triple Eight Race Engineering only adding weight to that speculation.

That’s all come in the midst of a Super2 Series campaign heavily impacted by the COVID-19 pandemic.

The season has thus far only completed three rounds, the season-opener taking place at the Mount Panorama 500 before a four-month gap to the Townsville 500 and Townsville SuperSprint owing to lockdowns, event cancellations and postponements.

Through all of that, Feeney has been the subject of intense media and public speculation that he would make the step up to the main game.

Though not stressed, the 18-year-old said he is happy the news is out in the open so he can focus on his Super2 Series programme.

“I was not getting hammered about it, but I was getting asked all the time about it, so it’s good to have it done and out of my head,” Feeney told Speedcafe.com.

“Now I’ve just got to focus on winning the Super2 title and doing the best job I can in the wildcard.

“It’s so good knowing next year is sorted. I’ve never had plans sorted this early in the season and know what I’m doing next year, so it’s very good to have that all sorted out.

“I always said from the start my goal is to win the championship and hopefully that would get me a drive in the main game,” he added.

“That doesn’t change even though I’ve already got the main game drive secured. One hundred percent, the goal this year is to try and win that title and this [the wildcard] is just a bonus at the end of the year.

“For me, looking forward to next year, the biggest thing is about trying to gain as much experience as I can so I can hit the ground running in 2022. “

The second round of the season on the streets of Townsville saw Feeney stamp his authority on the title chase, topping every session.

He then followed that up with his third straight win and a second place finish a weekend later, putting him over 50 points clear of his nearest rival Zak Best.

That performance, he said, proved to Triple Eight what he was capable of.

“I knew the importance of it, and to be honest, it’s where I wanted to be all year,” Feeney explained.

“Bathurst we sort of did that on the Saturday, we had a really strong run, and things didn’t go our way on the Sunday.

“To come out at Townsville and dominate the first weekend and have a really strong weekend on the second weekend, that was my step forward to say I want to take this spot.

“Fortunately enough, the team saw that.”

It’s been a whirlwind few weeks for Feeney with the Supercars announcement and his wildcard testing programme at Queensland Raceway.

With the formalities out of the way, now Feeney is focused on the job at hand.

“Yeah, it is still hard to believe to be honest, just in these last couple of weeks,” he said.

“Even just doing this wildcard is unbelievable. It’s been a very cool year for me. But I know I’m here to do a job and whatever that dream I’ve achieved is happening, it’s time to get the work done.”

The Super2 Series is currently slated to return at the Winton SuperSprint in early October, though that event is believed to be under a cloud due to the COVID-19 situation in Victoria.