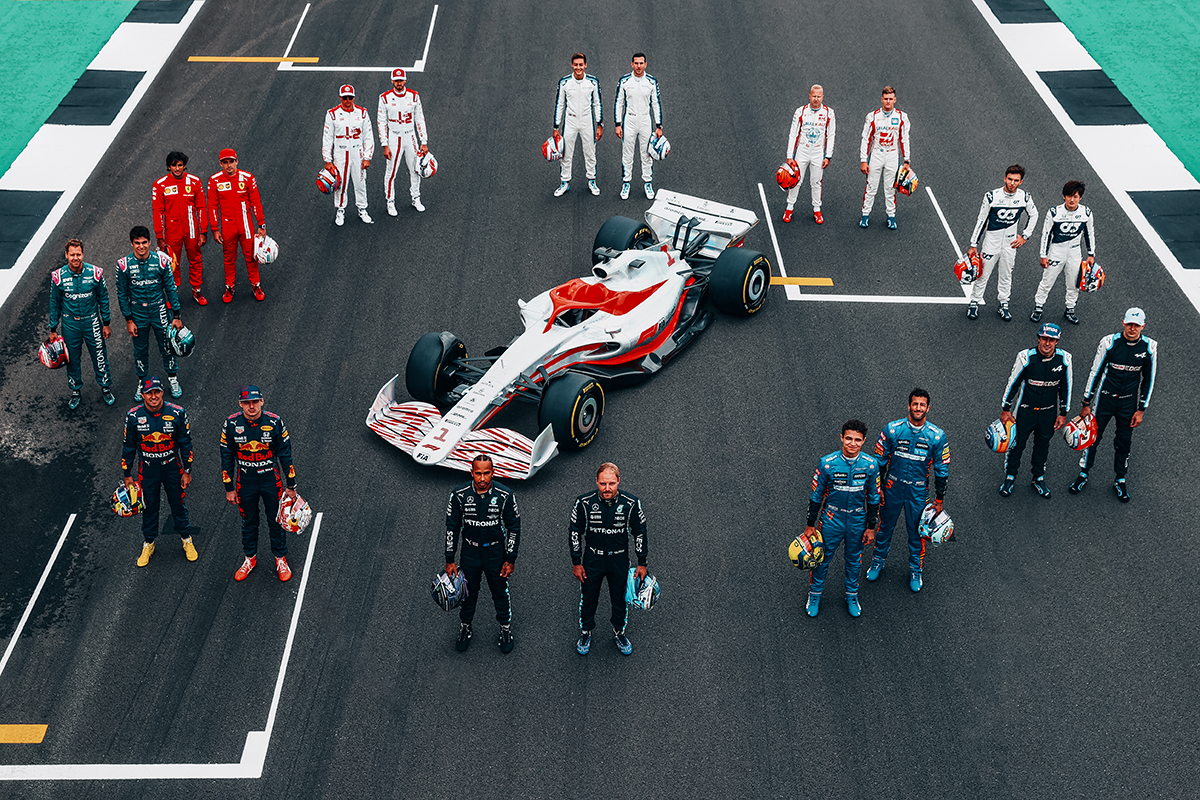 The grid for the 2022 Formula 1 season is all but set following the announcements of Valtteri Bottas and George Russell in recent days.

While a handful of seats do remain less certain, the bulk of the grid has now been settled.

Mercedes will sport Russell alongside Lewis Hamilton in only the third driver change the team has made since returning to F1 in 2010.

The young Brit’s promotion from Williams came as no surprise after strong performances with Williams over the past three years, not to mention a starring role substituting for Hamilton at the Sakhir Grand Prix last season.

Hamilton’s position was never under threat, the seven-time champion having recently signed a new deal which will keep him at the squad for a further two years.

Title rivals Red Bull will have an unchanged lineup, with Max Verstappen to be supported by Sergio Perez.

Verstappen re-signed with the team in February last year, keeping him at the Milton Keynes operation until at least the end of 2023.

Perez was a late appointment for 2021 after the team agonised whether it would carry on with Alex Albon.

Ultimately it opted for the Mexican who has shown well enough, though he’s been comprehensively overshadowed by his Dutch team-mate.

For the most part, that was the role he was employed to do, and victory in the Azerbaijan Grand Prix was a prime example of the service the team expects from him.

Daniel Ricciardo is locked in with McLaren until 2023, with team-mate Lando Norris now confirmed alongside him on a ‘multi-year’ deal which is understood to carry him beyond the end of the Australian’s arrangement.

It’s a similar case with Ferrari, where Charles Leclerc and Carlos Sainz have contracts that will keep them racing in the scarlet cars next season.

Both have performed well and, despite Ferrari having a pool of young drivers (including Antonio Giovinazzi and Mick Schumacher) in line for a seat, none are yet ready.

Ahead of the Hungarian Grand Prix it was confirmed that Alpine and Fernando Alonso had exercised a clause in his contract that will keep him with the French manufacturer next season.

Earlier in the year, team boss Laurent Rossi had thrown his support behind Esteban Ocon, who had a troubled start to the year.

A chassis change ahead of the British Grand Prix transformed his season, and saw him claim an opportunistic win at the Hungarian Grand Prix

Overnight, AlphaTauri announced Pierre Gasly and Yuki Tsunoda will carry on with the Red Bull feeder team next year.

Neither were ever really in doubt, the former especially with impressive performances throughout 2021 to date, highlighted with a podium in Baku.

There was less certainty for Tsunoda, who suggested last weekend in Zandvoort that he was only 50-50 on remaining in F1.

However, with Red Bull looking to place its only potential replacement driver, Albon, at Williams, it seemed apparent that the Japanese driver would go around with the Faenza-based team once more.

Aston Martin has not yet confirmed its pairing for next season, though Sebastian Vettel and Lance Stroll are set to carry on.

The delay, according to team boss Otmar Szafnauer, is simply to allow timing clauses within the drivers’ contracts to elapse, after which its pair will be confirmed for another year.

Haas is understood to be in a similar position, with little doubt Schumacher and Nikita Mazepin will continue.

Their fractured relationship has seen a number of flashpoints during the year, though neither have been seriously linked with a move elsewhere for some time.

Schumacher was touted as potentially joining Sauber, though it’s believed Ferrari’s links to the team have diminished on the back of the Hinwil squad’s new commercial deal with Alfa Romeo.

That’s meant Giovinazzi, who is a Ferrari Young Driver, has had a question mark hanging over his head for much of the season.

Kimi Raikkonen has announced that he’ll stop racing at the end of the year, his seat to be filled by countryman Bottas.

Whether Giovinazzi remains there is one of the few remaining unknowns when it comes to the driving ranks for next season.

The Italian put in a strong showing in Zandvoort to progress into Qualifying 3, but others such as Callum Ilott have been loitering for some time and are also linked to the drive.

At Williams, Russell’s departure leaves one seat open, while Nicholas Latifi is yet to be confirmed in the second.

However, the Canadian is an odds-on favourite to retain the drive leaving the only real question mark the identity of Russell’s replacement.

Albon is well and truly in the frame, though complicating matters is the relationship between Williams and Mercedes, and the fact the Thai driver is part of Red Bull’s programme.

His market rival appears to be Formula E world champion Nyck de Vries, who is a Mercedes contracted driver.

Wolff has stated he’d like to have the Belgian in F1 but at the same time doesn’t want to lose him from the Formula E programme.

The Mercedes boss has also stated that he’s not hugely enamored with the prospect of an affiliated team like Williams offering a berth to one of its rival’s young drivers.

While Albon is the favourite, there is little sympathy for Red Bull’s plight in placing him with Williams given it wasn’t prepared to find space within either of its two teams.