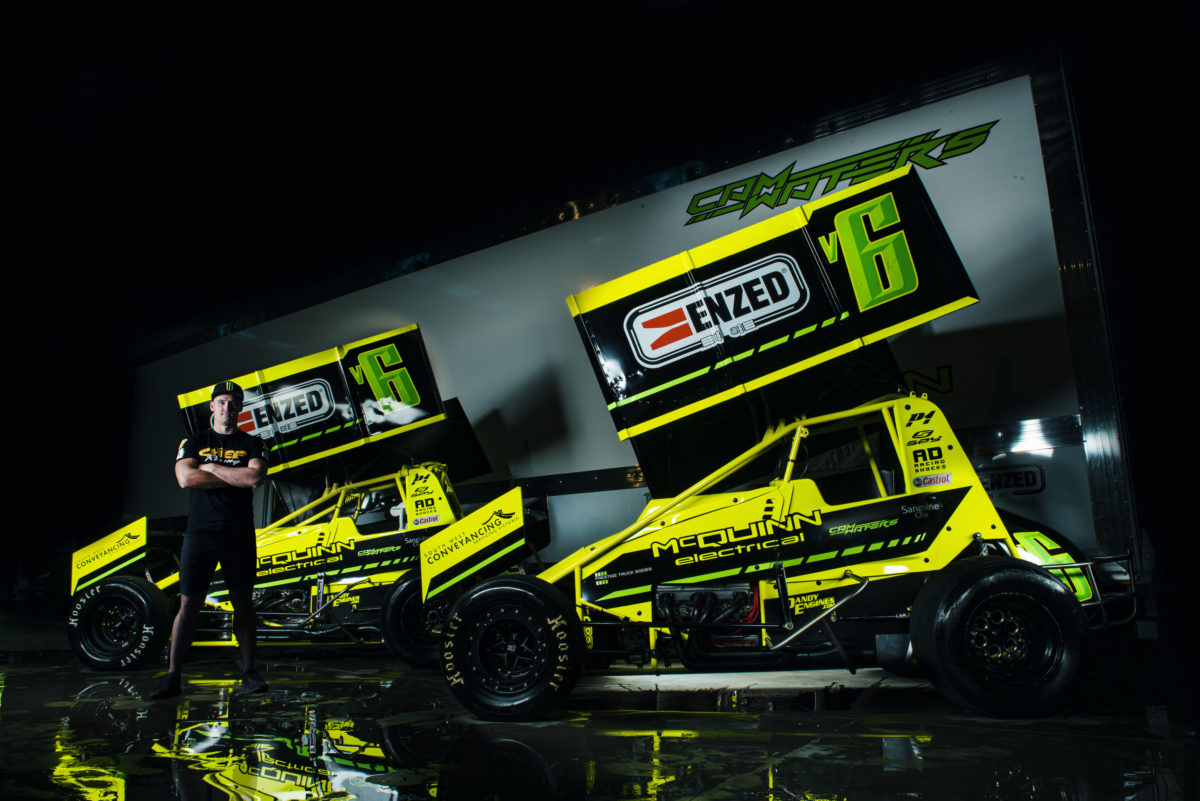 Cameron Waters is set for an expanded sprintcar programme in the 2021/22 speedway season.

The Tickford Racing Supercars driver debuted in sprintcars in his home town of Mildura in January 2021 and would compete at a number of Victorian venues, making three A-Main finals and scoring a best finish of fifth.

Now, the Chief Racing team which he drives for in sprintcars has built up a second Maxim chassis for the upcoming season, which could lead to entry in a greater number of events.

“Colin [McQuinn, Chief Racing owner] has made a huge commitment to this year’s programme, and we were hoping to join the Chariots of Thunder Series up in Darwin until the latest COVID plague derailed those plans, which was a real shame,” said Waters.

“He’s stepped things right up this year with a second chassis so we can set the cars up for both 360 and 410 competition without having to continually change motors, which will save a heap of time and allow us to consider running at more events.

“The car I used last year has had a complete overhaul too and I love the new look of them in their fluoro warpaint and can’t wait to get back behind the wheel.

“Without doubt Supercars is my primary focus as we look to get this year’s final races done and dusted, but I’m sure another season of sprintcar action will keep me sharp as a tack in readiness for 2022.

“The speedway fans really engaged with us last year, so we’re also looking to ramp that up a notch as well.”

Tickford CEO Tim Edwards said in March that Waters’ speedway exploits were part of a renewed effort to achieve success in Supercars.

However, he also explained that there was more to the sprintcar drives than might meet the eye.

“In a sprintcar, the track changes so much, from the start of a race to the end of the race, and it’s not like you can come in and say to your engineer in a sprintcar, ‘Can you change the springs, the dampers, whatever?’” noted Edwards.

Waters is currently third in the Repco Supercars Championship with three wins to date, including two at the most recent event, and four pole positions.